Rhaponticum carthamoides is the scientific name of maral root, one of the best sources of natural steroids.

If you’ve heard about maral root, maybe you also know it has helped both Russian and Chinese athletes maintain top performance throughout entire sports events. Besides being a source of natural steroids, it's also a powerful adaptogen.

What's an adaptogen, exactly? Simply put, it's a compound that makes your body much more effective in handling stress. Not just the kind of stress you get from intense workouts, but also the one that emerges from insomnia, infections, anxiety, and anything else.

Maral root increases your resistance towards stress, resulting in better mood and keeping you from thinking (or accepting) that you’re powerless against the difficulties you face.

What Is Rhaponticum Carthamoides?

Rhaponticum carthamoides is an herb. Sometimes it's also called Leuzea carthamoides, but that scientific name is outdated.

Indigenous to the region around Lake Baikal, Rhaponticum carthamoides has been used for centuries in Eastern Russia and Siberia for medicinal purposes. Locals consumed leuzea by brewing it as a tea and mixing it with Rhodiola rosea root. Its main effect was energizing those tired and weak after illness.

In fact, because of this glowing reputation in Russia, the Official Russian Pharmacopoeia added this herb to their index after over 20 years of studying the plant. It recommended the herb for “increasing work efficiency, athletic performance, and recovery after muscular workloads.” 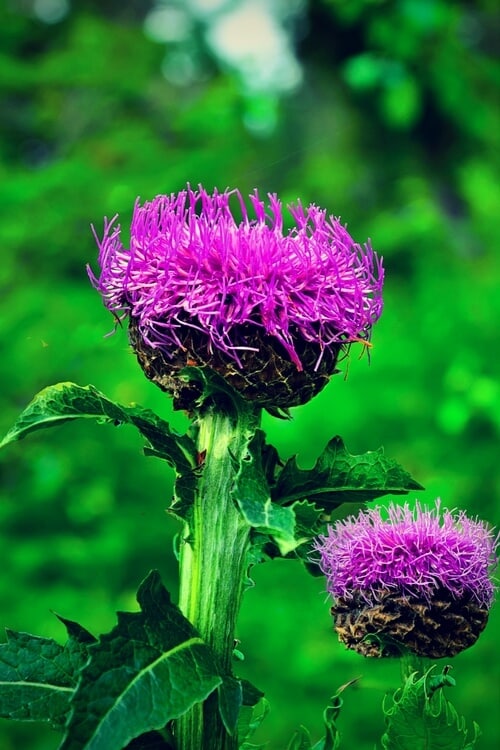 This has led to Russian and Bulgarian athletes turning to the extract for muscle growth. Rhaponticum carthamoides extract has also been used in popular non-alcoholic drinks like Sayani and Baikal, which are pretty much some Russian versions of Coca-Cola.

Now let’s talk about why exactly Rhaponticum carthamoides is such a great herb. The key to understanding this is its chemistry.

Ecdysteroids in Rhaponticum Carthamoides: What You Need to Know

The main active compounds in Rhaponticum carthamoides are ecdysteroids. These are hormones that control cell proliferation, growth, and development. Basically, they function as natural steroids.

Ecdysteroids that come from plants are known as phytoecdysteroids. The ones in maral root are able to control cell activity because they directly increase the activity of polyribosomes, which are the cellular compartments where muscle protein synthesis occurs. They have been detected in around 6% of all known and studied plants.

The Soviets studied ecdysteroids in 1976, after which they were able to manufacture a synthetic version for their athletes. Mesobolin is actually a version of this synthetic substance that circulated in the U.S. through the underground market. Its popularity was due to many studies proving that it was more effective at improving endurance and muscle growth than conventional steroids like Dianabol.

In fact, studies reported that ecdysteroids also have a higher anabolic potency than SARMs and IGF-1. 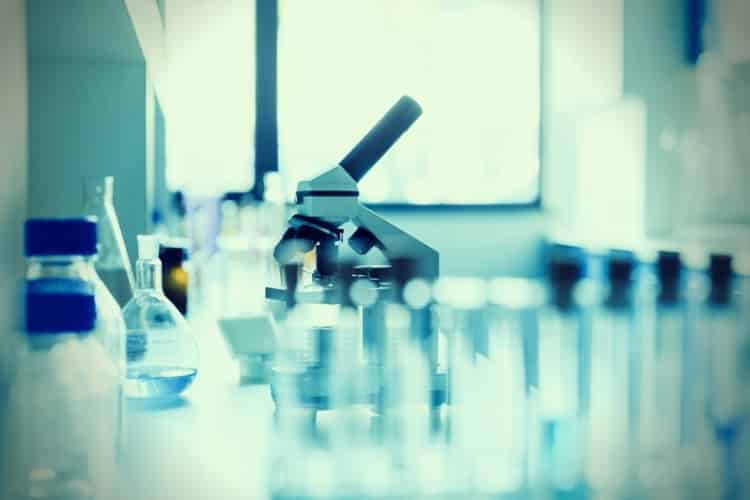 When it comes to Rhaponticum carthamoides itself, there’s been an abundance of studies testing its effectivity and potency as a natural anabolic steroid.

One of them is a 2014 university study on the metabolism of rats. The findings showed that, compared to liquorice and pomegranate extracts, Rhaponticum carthamoides is more effective in improving glucose and lipid metabolism. There's no similar clinical study yet, but the results look promising!

There are also some studies on maral root's effects on humans. In 2018, a study in Poland revealed that Rhaponticum carthamoides extract exhibits potent anticancer activity that’s vital in treating leukemia and lung adenocarcinoma patients.

But it’s time to burst the bubble: this wonder herb isn’t as perfect as it seems. Unfortunately, it comes with some adverse effects that are normally associated with anabolic steroids.

A 2012 study published in the Journal of the International Society of Sports Nutrition showed that long-term use of supplements with ecdysteroids, such as those that come from maral root, are known to trigger hormonal imbalances in those already prone to such. This includes high levels of estrogen and progesterone, female sex hormones.

Although this seems like a big red flag for those who want to naturally boost testosterone and improve athletic performance, it’s just a single study that hasn’t been supported since and only observed in a small group of about 20 subjects.

The risk of such consequences is also markedly higher for those already suffering from hormonal imbalance. Still, if that’s a cause for concern, then Rhaponticum carthamoides might not be the right natural steroid for you. 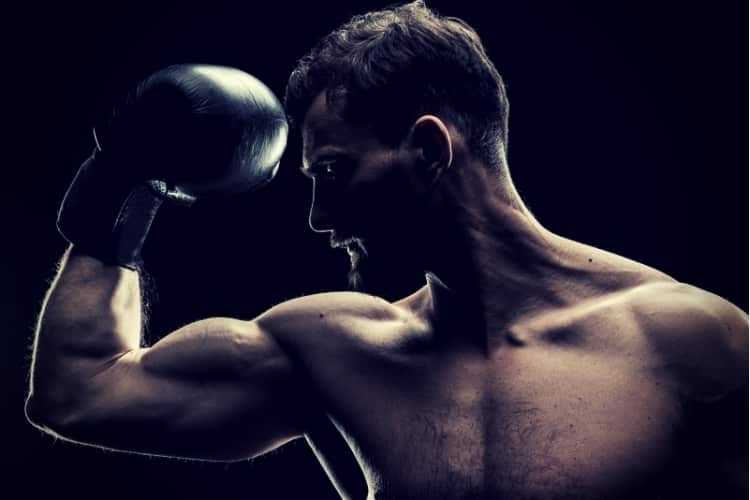 Why should you consider taking maral root given that there are other adaptogens and natural steroids on the market and they all serve the same core function? Well, the answer to that lies in the other remarkable benefits that this Siberian herb has to offer.

Maral root’s stress-fighting effect is mainly due to its ecdysteroid content, particularly in the form of ecdysterone (aka 20-Hydroxycdysone). It’s also the component that allows the herb to increase protein synthesis, which in turn leads to faster muscle development and greater muscle mass.

If you want to be lean and ripped, you really need to have protein synthesis at an optimal pace. That is, it should exceede the rate at which your muscle breaks down. You’ll need every bit of help you can get, especially since managing the catabolic process usually involves carefully planning your carb intake.

Taking maral root will also benefit your immune function. How exactly? Essentially, stress cuts the body’s capacity to fight off microscopic invaders like bacteria and viruses.

Whenever you are under stress for whatever reason, the amount of antibodies (or immunoglobulins) in your bloodstream drops. That’s a serious problem since antibodies serve a critical role not only in eliminating harmful microbes and viruses, but also in detecting their presence.

Now, since maral root increases your resistance towards stress, your immune system won’t take a hit each time you’re put in a stress-inducing situation – and if you’re working towards an important goal, the last thing you’d want is to get sick.

It’s important to note that the herb’s immune-boosting property isn’t solely due to its capacity to fight stress. Antioxidants (mostly in the form of flavonoids) are also found in maral root, and these prevent cellular damage that could lower the immune system’s responsiveness.

If you’re often stressed, your sex life might already be suffering. This is due to cortisol (the stress hormone) competing with testosterone in influencing behavior and keeping your thoughts away from the bedroom. And yes, testosterone is a major factor that keeps your libido at appropriate levels.

Being stressed could likewise result in erectile dysfunction. While that may seem hard to believe, it’s actually a straightforward process. An increase in cortisol levels causes the arteries to compress, severely limiting the flow of blood. 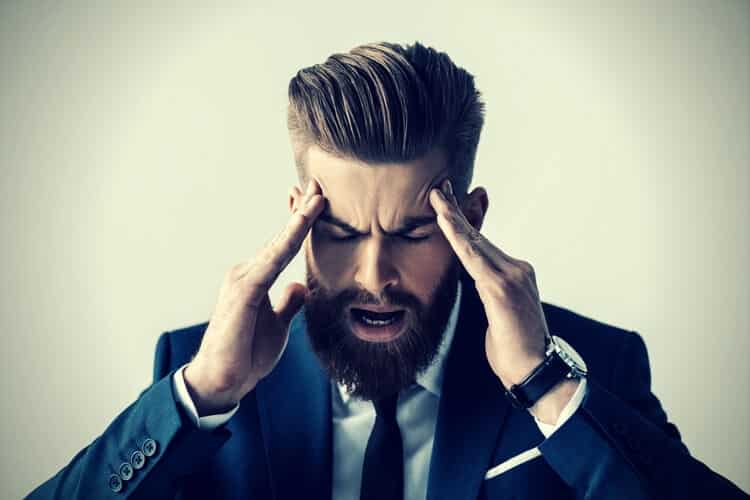 While studies regarding this perk are still limited, it’s not that difficult to understand how maral root can prevent depression from setting in. If you’re usually overwhelmed with stress and coping proves to be a challenge, you’ll eventually succumb to a feeling of helplessness.

It’s interesting to note that those with major depression generally have high cortisol levels, and the opposite can be said for their serotonin – a neurotransmitter that manages both mood and behavior. It’s possible that cortisol’s abundance limits serotonin availability.

So, by taking maral root, you wouldn’t be so sensitive towards stress, which in turn would limit your production of the stress hormone. That should result in generally better mood, keeping you from thinking (or accepting) that you’re powerless against the difficulties you face.

Once again, cortisol is the culprit here. Whenever there’s an abundance of cortisol, the hippocampus gets overwhelmed and enters a phase of wasting or degeneration. The hippocampus is the part of the brain where memory is kept and processed.

As for mental clarity, not focusing on stress will definitely keep you attentive on your current pursuit – regardless of what it may be. Keeping yourself shielded from cortisol’s effects will likewise keep you safe from headaches and pains, which affect mental clarity. 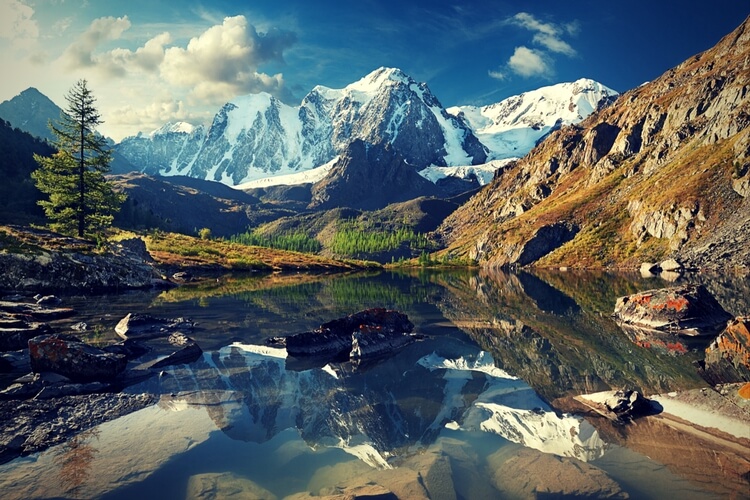 Maral root can thin your blood and this can lead to healing problems. It is not advisable to use this herb before undertaking surgery. Other risks involve vomiting and urinating blood in severe cases.

Rhaponticum carthamoides is clearly loaded with benefits, but taking it does come with certain risks. Specifically, if you’re taking medications or supplements that have a blood-thinning effect, you might have to reconsider taking maral root for the sake of safety.

Note that some diets are also known to lower blood viscosity. Taking certain herbs and spices (such as cayenne, ginger, turmeric, and peppermint) as well as eating fatty fish (like albacore tuna, herring, and salmon) can thin your blood.

If that doesn’t seem serious, keep in mind that having excessively thin blood can lead to healing problems (wounds won’t close properly and bruises become more likely to appear). Vomiting and urinating blood are also possible in severe cases.

If you’re not taking other blood thinners but you’re going under the knife soon, it’s also best to refrain from supplementing with maral root. And if you’ve been taking it for quite some time, you’ll have to inform your doctor about it so as to avoid unwanted surprises during surgery.

You shouldn’t underestimate allergy risks as well, so it’s necessary to take a minimal amount at first. Lastly, due to the herbaceous plant’s anti-depressive and immune-boosting effects, it might be ideal not to take it with medications that serve the same purpose. 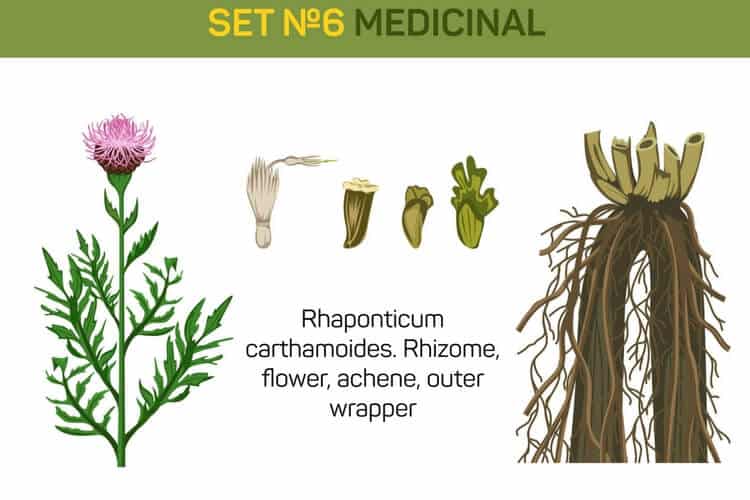 Now that we’ve covered the basics of Rhaponticum carthamoides and its background as a natural anabolic steroid, let’s talk about the recommended dosage.

Maral root can be ingested in capsule, tincture, powder, or dried whole root form. All these forms of Rhaponticum carthamoides can be easily sourced online and found in health food stores.

According to a 1999 study published in Sport Pharmacology in Moscow, 0.5 mg per kg of body weight is optimal, especially if you're after improved athletic performance.

Maral root has also been tested in combination with Rhodiola rosea plant extracts, a common match-up for decades in Russian natural medicine. The effect is usually improved muscle protein synthesis and performance.

However, it’s important to consider age, health, and other relevant conditions. Because there haven’t been many studies on the daily dosage of Rhaponticum carthamoides, it would be best to follow any directions on the product label. Even better, you should consult a pharmacist or physician.

If your goal is to boost testosterone naturally, then Rhaponticum carthamoides would be a great step forward since it’s one of the best natural anabolic steroids out there.

As an herb, it’s had a long medicinal history in Russia and has recently earned badges of approval from several scientific studies all over the world. It’s safe to say that your fitness and athletic performance will be left in good hands if you decide on this natural extract.

Of course, there are lots of other herbs known to act as anabolic steroids. Pine pollen, for instance, is a great source.

Still, maral root, or Rhaponticum carthamoides, will likely not disappoint.