If you’ve been lifting a lot, you’ve probably thought about using an anabolic steroid at one point or another. The harmful effects of anabolic steroid abuse by healthy adults needs no longer to be emphasized. Even normal usage may result in PCC (post cycle crash). PCT Cycle is simply running a regimen of supplements that make sure that the hard work you put on during your steroid cycle doesn’t go to waste while also minimizing the damage.

It’s no wonder that many medical practitioners and sports organizations speak against steroid usage. However, it’s understandable to desire to improve your strength and build your body though. We at Anabolic Health don't agree with steroid use and recommend against its use except in cases of chronic disease. If you still want to pursue steroids despite the risks involved, the logical thing is to find natural alternatives where possible to make this a safer endeavor.

Keep in mind however that if you do a strong steroid cycle and are inexperienced, don't play around with natural alternatives without having pharmaceuticals at hand in case they don't work for you.

​Using anabolic steroids should not be taken lightly. Research and extensive blood testing needs to be done all through the cycle, as well as after, to monitor your health and recovery: 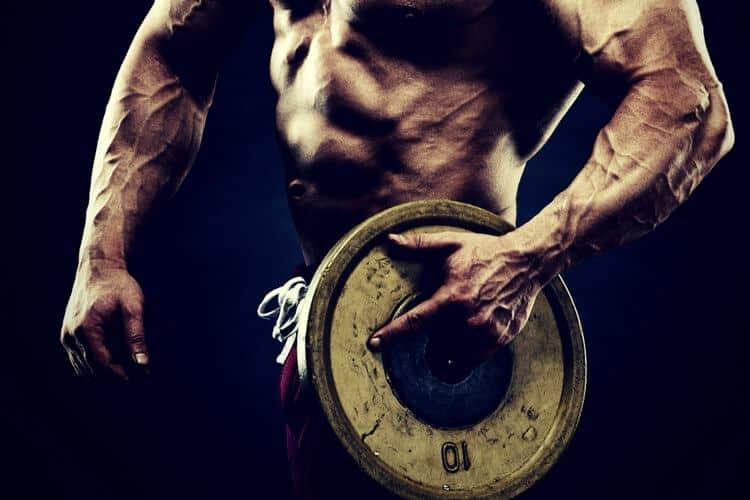 The Dynamics of Anabolic Steroids Use

The use of anabolic steroids alters the body’s natural hormone levels. Many steroids in particular tend to reduce natural testosterone production in the body and enable estrogen levels to skyrocket.

The supplementation of testosterone injections during an anabolic steroid cycle suppresses the HPTA function. The HPTA (hypothalamic–pituitary–gonadal) is the multi-gland axis that regulates your natural testosterone production, and this suppression or “shutdown” is sometimes referred to as the “post cycle crash”.

The main hormones involved in the natural testosterone production are the LH, FSH, and GnRH. These are endogenous steroids, or steroids that are naturally produced by the body.

When the HPTA senses a low testosterone level, the pituitary gland releases the gonadotropin-releasing hormones (GnRH), which in turn, secretes the LH and the FSH. The LH and FSH are the hormones that signal the Leydig cell in the testes to produce more testosterone.

When there is enough testosterone circulating, a negative feedback loop happens. The presence of excess testosterone in the body is a negative signal for the HPTA to temporarily cease its natural testosterone production.

When the production of testosterone has stopped and the HPTA senses this too low testosterone levels, the HPTA function begins again. This is how the stable equilibrium of hormones in your endocrine system is maintained.

That’s why during anabolic steroids use, the HPTA function is continually suppressed. After the (anabolic androgenic steroids) AAS phase of the cycle, your artificially elevated testosterone levels begins to fade away and your body desperately tries to reconfigure itself to start its natural processes again.

This natural recovery may take around 1 to 4 months, even longer sometimes. It may take longer because the interdependent natural processes in your body have been disrupted and your overall hormonal balance is thrown off. There is also the possibility that your HPTA function have been partially shut down forever as well, which is why using anabolic steroids is almost always a bad idea in the first place.

This hormonal imbalance is the reason that common problems such as gynecomastia (breast development), testicular atrophy, and hypogonadism are encountered after anabolic steroid use. This is where the importance of a PCT cycle comes in.

The aim of PCT is to counteract the post-cycle effects of steroids, reactivate natural testosterone production, reduce estrogen levels, and preserve muscle mass.

Post-cycle therapy is simply running a regimen that helps to make sure the hard work you put on during your steroid cycle doesn’t go to waste.

PCT steroids go hand in hand with AAS cycle to help your body recover in the fastest and best possible way. 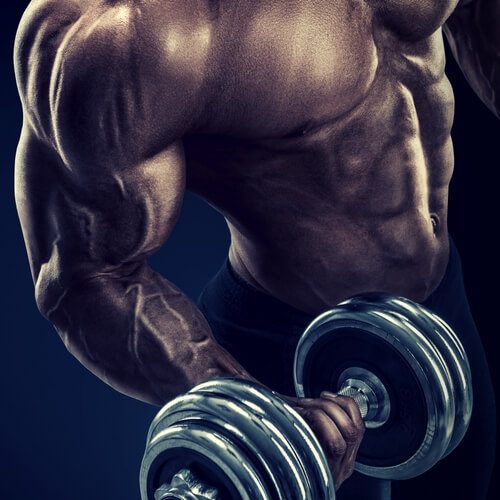 The PCT length or period of one’s recovery may vary for each user. That’s why if you’re planning to go on anabolic steroids, a PCT protocol for your first steroid cycle must be planned ahead as well.

PCT steroids are typically a combination of pharmaceutical drugs and supplements that work synergistically to aid in your recovery.

However, the use of synthetic PCT drugs has its own side effects as well. These can adverse effects such as for example mood swings, high blood pressure, kidney failure and sleep apnea.

With each PCT protocol, there are all-natural alternatives that may lessen these risks. These natural compounds from plant-based sources have been and are continually being scientifically studied for their potential in both men and women’s health.​

SERMs in The PCT Cycle

SERMs (Selective Estrogen Receptor Modulator) are a class of drugs that interact with estrogen receptors to produce some estrogenic or antiestrogenic effects, depending on their respective activities.

​Some of the most common SERMs are used as estrogen-blockers in the bodybuilding world, are Nolvadex (tamoxifen citrate) and Clomid (clomiphene citrate):

If you want to go the natural way to reduce estrogen levels during your PCT cycle, there are still some options for you such as ellagic acid.

Ellagic Acid and Euchoma Cottonii as a Natural SERM Alternative

St﻿﻿udie﻿﻿s confirm that ellagic acid is a natural substitute for SERMs, which is why it became widely-used as an alternative treatment therapy for menopause. Its mechanisms of action are similar to that of synthetic tamoxifen (Nolvadex, Soltamox) and raloxifen (Evista).

Ellagic acid is a dietary polyphenol abundant in berries such as raspberries and strawberries. It can also be found in walnuts, pecans, and grapes.

Its other proven benefits include:​

Eucheoma cottonii, present in the extract of edible seaweed from Southeast Asia, is another polyphenolic compound that shows the same properties as tamoxifen. It is proven to be 27% more effective in interacting with estrogen receptors. It also has strong anticancer properties and it doesn’t cause much toxicity to the liver and kidneys.

Each of these compounds is available as a stand-alone supplement for a variety of health purposes, while the combination of the two is becoming popular in the sports and bodybuilding world as a supplement by by Black Lion Research.​

HCG (Human Chorionic Gonadotropin) is actually an exclusively female LH-releasing hormone because it is produced in the placenta when a woman is pregnant.

HCG injections mimic the functions of LH, enabling the Leydig cells to produce more testosterone. Thus, HCG in PCT is also run to address the issue of testicular atrophy or sunken testicles, as well as to keep natural testosterone production going and prevent shutdown.

Fadogia Agrestis, the closest natural equivalent of lab-produced HCG, is a herb used in African folk medicine as an aphrodisiac. Its testosterone-enhancing properties were confirmed in a study involving rats, but there has been no studies conducted on humans yet.​

It’s a unique aphrodisiac because it does not only increase libido, but it also prolongs the time required to ejaculate (ejaculatory latency) following repetitive intercourse.​

Aphrodisiacs tend to enhance one’s sex drive often because they modulate the levels of testosterone in the body. Fadogia can help keep your testicles naturally producing testosterone even while on steroids. The ability of Fadogia Agrestis to prolong one’s sexual endurance, which is not common in aphrodisiacs, also makes this herb one of a kind.​

This is interesting because, while the pharmaceutical industry is quite focused on addressing impotence or erectile dysfunction, not much attention is lavished on many of the other male problems such as premature ejaculation.

In Southest Asia, Tongkat Ali is traditionally used to increase physical strength and fight against stress and disease. A study found out that the testosterone-boosting effects of tongkat ali have benefits for bone health as well.

Tongkat Ali causes no side effects and can be effectively used to maintain natural testosterone production during cycle, as well as help restart it afterwards. Other benefits proven by scientific studies include:​ 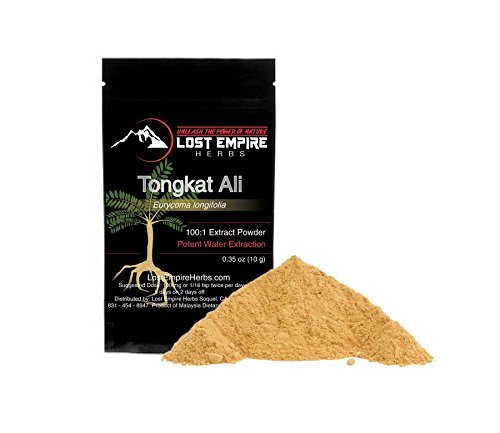 When the body senses that its estrogen level decreases, the aromatase enzymes are activated to convert testosterone into estrogen. During steroid cycles and PCT, excess testosterone levels can convert into too much estrogen which is often the driving force of most of the side effects of anabolic steroids other than toxicity.

Aromatase inhibitors can lower estrogen levels and help low and normal estrogen levels stay that way, even while increasing testosterone levels. Oxo-6 is a popular anti aromatase supplement because it doesn’t only bind to the aromatase enzyme but it also permanently deactivates it. However, oxo-6 has now been banned and is not readily available on the market anymore.

Acacetin is considered to be one of the best plant based aromatase inhibitor because it is derived from natural plant sources such as birch tree and damiana shrubs. It is a compound that is often combined with other ingredients in men’s health supplements to produce a more masculine physique.

Arimistane (androsta-3 3-diene-5 17 dione) is a native steroid or naturally-occurring aromatase inhibitor in the body. It is a metabolite of DHEA, a hormone secreted by the adrenals glands and the brain. This is our favorite natural estrogen blocker.

Arimistane is also found in wild yam or soy, from which the arimistane supplements is manufactured. As a natural aromatase inhibitor, its mechanisms of action are as follows:​

Myostatin is a molecule produced by the myokines, which are proteins released by the muscle cells to regulate muscle mass. Its opposite, on the other hand, is follistatin, the myokine that indirectly promotes muscle growth by blocking the signals that activate myostatin.

Unlike other compounds in supplements which aim to inhibit the effects of myostatin activities, epicatechin is the only compound that was scientifically studied for its effects in humans.​

Epicatechin is a class of flavanoids, a plant pigment which is known for its low toxicity. High quantities of epicathechin are present in cocoa, grapes and tea.

Consuming some of these natural sources or food products (e.g. dark chocolate) in large amounts may of course give you some of the health benefits of epicatechin. But for the purposes of promoting muscle growth, daily supplementation of epicatechin during your anabolic steroid cycle and/or after in your post cycle therapy may help you retain the muscle mass you’ve worked so hard to gain during cycle.