​Estrogen is generally associated with women, but it also plays a role in hormone balance among men. Balancing hormones can be difficult, especially as you grow older or for bodybuilders who are using steroids. After a steroid cycle, bodybuilders often use a pharmaceutical SERM PCT to bring back natural hormone levels into balance and to avoid estrogenic side effects.

A decrease in libido, impotency, irritability, bloating, weight gain, mild headaches, and gynecomastia (female-like breast tissue development) are just a few of some of the physical manifestations that can occur when there is too much estrogen in the body. When this happens, many men resort to estrogen blockers, aromatase inhibitors or similar treatments such as SERMs to counter this imbalance.

While there are many pharmaceutical types of SERMs on the market, there are also more natural options that can be found in the form of edible seaweed. But first, let’s take a closer look at pharmaceutical SERMs.

What Exactly Is a SERM PCT?

PCT stands for Post Cycle Therapy, and is usually a combination therapy of pharmaceuticals and supplements used by bodybuilders at the end of a steroid cycle to bring back normal hormone levels after being supressed by steroids.

The pharmaceutical products Tamoxiphen (sold as Nolvadex) and Clomid are some of the most common SERMs for men on the market today.

SERMs are different from Aromatase inhibitors (AIs), and are touted as more superior because they do not directly alter estrogen levels in the body.

Aromatase inhibitors such as Arimidex block testosterone from turning into estrogen. While it does its work pretty well keeping estrogen levels low, the brain still continues to receive chemical signals that it needs more estrogen. 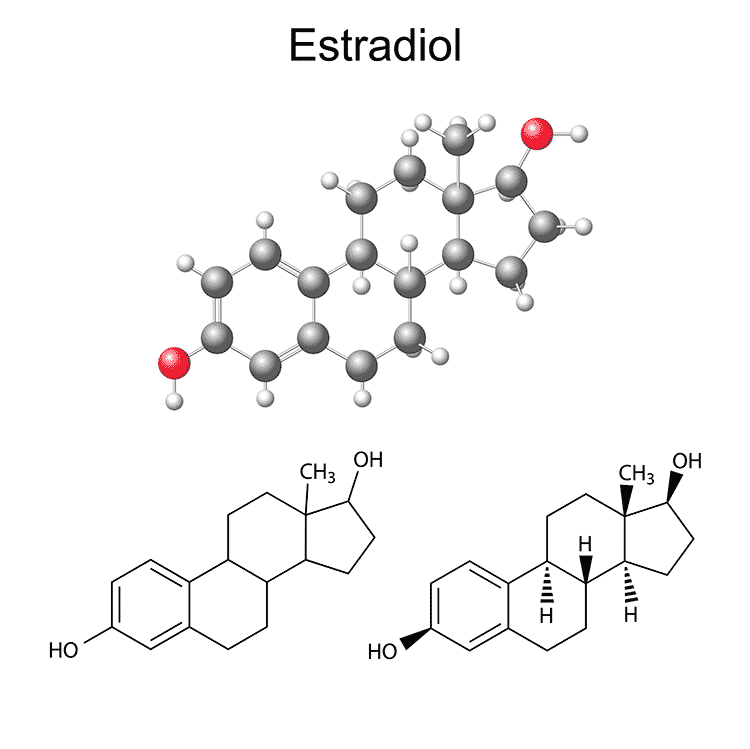 Thus, the body still continues to try to produce more of it by ramping up testosterone production. This causes a cycle that requires continuous intake of AIs or it can result in a spike of estrogen once treatment stops and aromatase kicks in on the excess testosterone.

Also If you by accident manage to take too much AIs and bring your estrogen down too low, there is not much else to do then succumb to the side effects until your body has managed to rebalance itself which can take 1-2 weeks.

There are some natural, effective and safer aromatase inhibitors available on the market such as Arimistane, we recently reviewed the best ones in our article on estrogen blockers.

Different from AIs, SERMs, on the other hand, simply attach themselves to estrogen receptors, tricking the body that estrogen has attached to them. When this happens, estrogen can no longer attach to said receptors, thereby not allowing excess estrogen to produce adverse effects.

It should be noted that estrogen is still important in a man’s body and also has positive effects when its in normal range, which is why this more gentle approach of occupying the estrogen receptors is preferred to directly modifying estrogen levels like AIs do. SERMs simply prevent its negative effects. At the same time, SERMs also stimulate the pituitary and hypothalamus glands to increase and normalize testosterone levels.

SERMs and Their Health Risks

Between the two pharmaceutical treatments for dealing with excess estrogen and increasing testosterone, SERMs are often recommended as the better option. However, even though they are the better option, they also have their own share of disadvantages.

The most notable disadvantage is the risk of long-term systemic side effects that they can have on the body. As they are pharmaceutical in nature, these synthetic chemicals can be disadvantageous to one’s health – particularly when used regularly for long periods of time.

Regular intake of Tamoxifen, for example, has been associated with an increased risk of endometrial cancer. This has been seen among women who underwent treatment with Tamoxifen for breast cancer treatment.

Risk getting more cancers from your cancer treatment does not make a whole lot of sense treatment wise. It can also be heavy on the kidneys and can be a cause nephrotoxicity or kidney damage.

Aside from long-term side effects effects, it can also have short-term side effects for both men and women. These include weight gain, hot flashes, neurocognitive issues (memory and thinking), blood clots and vision problems. 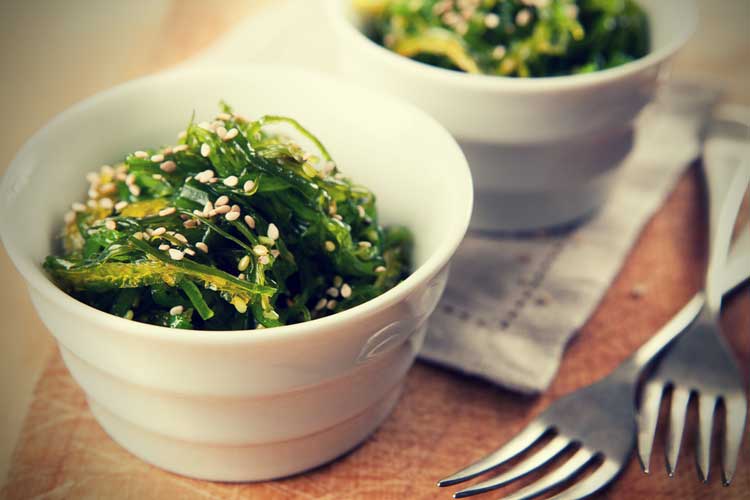 Given the risks of pharmaceutical SERMs, studies have been conducted to find natural versions of these types of estrogen modulators. The good news is that there are natural alternatives that seems to be very promising – one of which is in the form of a seaweed.

Studies show that E. Cottonii, a form of edible seaweed, has natural effects comparable to pharmaceutical SERMs. In a recent study on rats, E. Cottonii outperformed Tamoxifen in suppressing tumor growth by 27% while displaying little toxicity to the liver and kidneys.

So not only is it a more effective SERM then Tamoxifen, it also comes without the risks of side effects or toxicity that Tamoxifen has. Truly a groundbreaking discovery.

The E. Cottonii Seaweed, also known as the Eucheuma Seaweed or Sea Birds Nest, is a marine algae which is collected from 100% organic sources. It contains vitamins, trace minerals, amino acids, anti oxidants, plant growth hormones and can be found everywhere around the world, although the largest concentration can be found in the Pacific Ocean.

Like many other seaweeds, it contains unique polysaccharides that have health promoting effects, as well as minerals and trace elements that are rarely found in terrestrial plants.

Some notable benefits of Eucheuma Cottonii include the following:

These advantages make E. Cottonii a good food source. But its use does not stop there – it is also excellent in treating hormonal imbalance in men.

While this seaweed has many benefits – its use is generally limited due to its taste. A lot of people readily eat seaweeds in many cultures, but the taste is still an acquired one, and may not be to everyone’s liking.

The good news, however, is that some health supplement companies are now tapping into this underused health resource and using them as ingredients in supplements.

One such company is Black Lion Research, which has capitalized on E. Cottonii’s effects to deliver the first ever all natural SERM supplement on the market.

Rebirth by Black Lion Research is one of the few products on the market that contain E. Cottonii.

Aside from this ingredient, Rebirth also contains another potent ingredient – Ellagic acid. This plant chemical is naturally occurring and is found primarily in pomegranates but also strawberries, cranberries, raspberries and other plant foods.

Ellagic acid has its own host of health benefits, but the most important one to take note of is that it naturally suppresses E(2)-metabolizing-enzymes. These enzymes are responsible for the creation of estrogen. 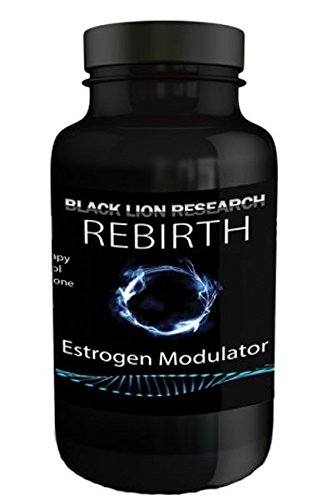 Aside from its estrogen inhibiting properties, it is particularly noted for supporting prostate and testicular health. Other than that, studies also show that it helps the liver break down carcinogens from the blood, reduces the risk of liver and heart disease and encourages faster healing.

Together with E. Cottonii, these natural SERMs work together to hinder the effects of estrogen in the body. Being natural and organic compounds, they do not cause the systemic side effects that can come with pharmaceutical products.

That said, Rebirth by Black Lion Research, should be something worth considering if you’re looking for a natural way to treat hormone imbalance. Not only are the ingredients in Rebirth great for managing estrogen and hormonal imbalance, they also come with a host of other health benefits.

We highly recommend Rebirth for all guys looking for natural options to increase their testosterone without estrogenic side effects. It is now possible to run a completely natural SERM PCT.