Have you ever considered loading up on Zingiber officinale, aka the common ginger? Bodybuilding isn’t really synonymous with it as it’s something more associated with cooking—but what if you’ve actually been missing out?

This unassuming spice, as it turns out, offers a number of benefits that might just bring you to the next level. Or, at the very least, it could give a bit of a boost to your physique-improvement pursuits.

Sometimes, you end up working out so hard that you feel sore for days. Well, that soreness comes from your inflammatory response, which is an essential part of how the body heals and recovers.

What happens first with inflammation is that blood flow increases in the affected area, leading to the redness typically associated with injury. This allows for the blood vessels to become more permeable.

With this increased permeability, fluids as well as white blood cells can finally move into the area in greater amounts. Although this is what makes repair possible, it’s also what causes swelling and, of course, pain.

It’s that pain that keeps you from going back to the gym as quickly as you’d like. And to make things worse, inflammation itself becomes a health risk if it continues for far too long.

The good news is, ginger’s been found to be capable of keeping inflammation in check through its assortment of anti-inflammatory compounds (e.g., gingerol, zingerone, shogaols).

Pain becomes less of a problem too. After all, the spice shows promise as a natural alternative to over-the-counter analgesics, and it’s somewhat comparable to ibuprofen potency-wise. 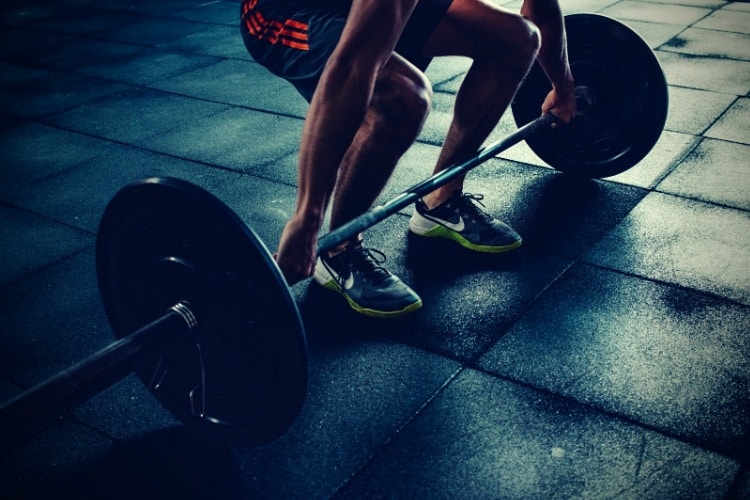 Aside from causing inflammation, exercise brings with it an increase in free radical formation. These free radicals, through the process of oxidation, cause further harm within the body.

In fact, not only can they worsen inflammation, but they can likewise cause damage to the muscles. Endurance and strength will eventually suffer too if these free radicals are allowed to increase in number.

While the body has its own antioxidant systems, these are often enough just for normal conditions. With the accelerated release of free radicals during exercise, you need a stronger defense against oxidation.

Ginger, despite not looking like much, is actually loaded with antioxidants—surpassing most food sources in sheer content (except certain berry varieties and pomegranate).

You’ll also be glad to know that these free-radical fighters provide other perks aside from shielding your muscles and helping with recovery. Your heart, for example, may benefit from these compounds.

Intense workouts, when done regularly, puts strain on the heart. This, in turn, increases susceptibility to heart hypertrophy—a condition that may lead to heart failure or sudden death.

Ginger’s antioxidants may reduce your risk of facing this medical concern by bringing improvements to your blood chemistry. With healthier blood, your heart won’t have to exert as much effort, especially when under stress.

Speaking of stress, too much of it tends to affect memory in a bad way. So it’s quite fascinating to know that in various parts of the world, the spice is given by traditional medicine practitioners for its cognitive-enhancing effect.

Now, think about the importance of mental clarity, sharpness, and just plain focus in working out. Without these things, you might not be able to reach the right intensity—and your form might suffer too.

Giving up likewise becomes a greater possibility, with your mind getting increasingly distracted and your positivity running out. Bottom line, you end up missing out on what could have been impressive gains.

But, does ginger actually have a chance at giving your mind a boost? As it turns out, it does—by supplying the brain with antioxidants and keeping it in top form, similar to how it shields the muscles from oxidative stress.

What’s even more interesting, however, is that the spice seems to provide more direct benefits. Although the underlying mechanism is yet to be understood, there’s evidence that it can improve a person’s reflexes.

Knowing these, it’s no longer surprising why some scientific experts are so keen on studying ginger as part of their search for more potent solutions to Alzheimer’s. 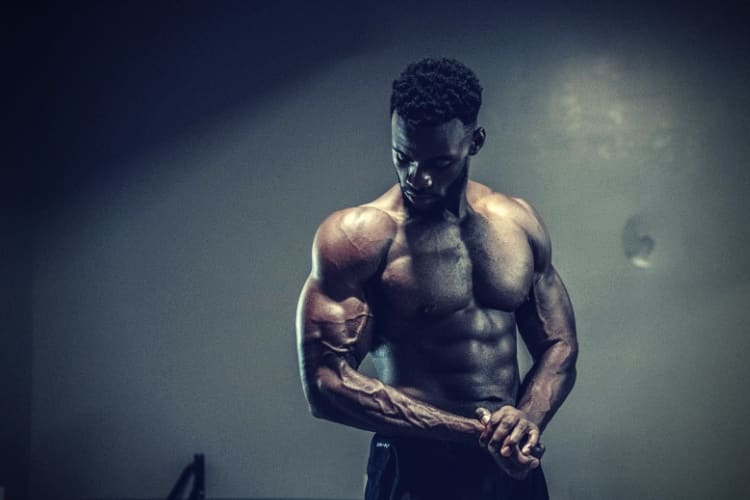 A Chance for More Testosterone

Having anti-inflammatory and antioxidative properties, as well as focus-enhancing effects, is good. But with this being about bodybuilding, surely, you’re wondering whether the spice has any effects on testosterone.

While more studies are needed to better understand the extent of this benefit, scientific experts have a fairly good idea of what makes the spice work fairly well in this regard.

Ginger accelerates luteinizing hormone (LH) secretion and, as you know, it’s LH that stimulates testosterone production by binding to the Leydig cells found in the testes.

Aside from that, it enhances the organs’ overall health by keeping blood flowing to the testes and fighting off cellular damage. And with the testes’ in tiptop shape, hormone production can proceed without issue.

Unlike the other benefits we’ve talked about though, this perk doesn’t seem achievable with taking small amounts of the spice. Using the common ginger in an animal study, scientists needed 1.5 grams of it for a 15-gram diet.

That’s ten percent of what’s consumed in a day. Although you can surely do something similar with your diet, it does raise the question of whether there’s a more potent option.

Upgrading to the Superior Spice

Despite the common ginger being impressive, it might not have the level of potency that you need to meet your goals. Convenience might likewise be a problem given the amount you’ll have to eat to enjoy certain perks.

Fortunately, there’s Kaempferia parviflora or black ginger. Thanks to its methoxyflavone content, it’s been linked to an assortment of benefits ranging from better cardiovascular health to lower free radical levels.

With its superior blood flow boosting properties, aside from doing just as well or better in many other key aspects, it’s clearly the better ginger. Bodybuilding might just become easier yet more rewarding with its help.