When thinking of natural testosterone boosters, DIM for men is definitely one of the first ones that come to mind. However, if you’re thinking that DIM is a perfect solution given its popularity,  you might be surprised with what you’re about to read.

You might think that DIM directly affects your testosterone production – the fact is, it's not that simple. This unique chemical compound keeps testosterone unbound, free to enter various bodily regions in order to provide its numerous benefits.

First things first, getting diindolylmethane (DIM) isn’t hard – and you don’t have to go about it by taking capsules. Eating cruciferous vegetables will supply your body with indole-3-carbinol (I3C), which yields DIM upon being broken down into its bi-products.

Of course, we’re not saying that investing in a good DIM supplement is not a smart move. If you’re the kind who’s not too keen about the taste of broccoli, kale, cabbage, and brussels sprouts, going out and buying a DIM dietary supplement is definitely a perfectly viable option. 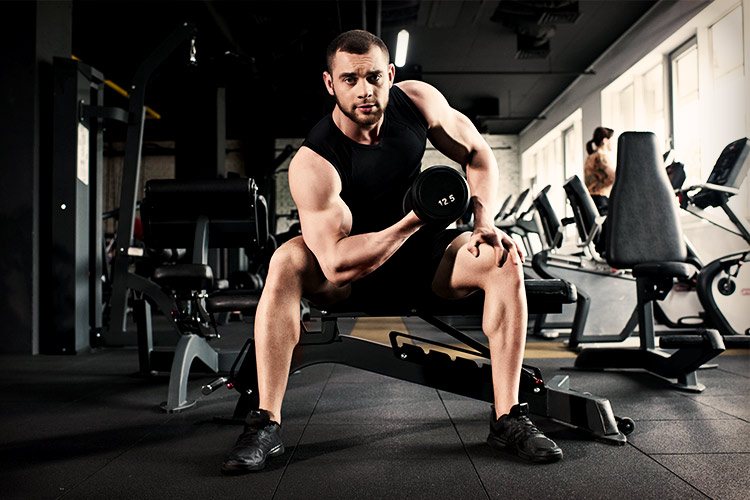 Now, how exactly does di-indolyl methane (yes, it can be written that way), or DIM, increase the availability of free testosterone in the bloodstream? The chemical compound actually works on estrogen (or oestrogen) metabolism.

Whenever the body’s estrogen levels rise, sex hormone binding globulin (SHBG) is released. Estrogen binds to SHBG, losing the ability to wreak havoc on the male system – the problem with this, however, is that testosterone also gets bound.

Instead of achieving hormonal balance, problems emerge given the lack of unbound testosterone in the bloodstream. For instance, menopausal women are not so much effected by low levels of the male hormone. However, in your case, a lack of testosterone can lead to vast array of physiological and psychological consequences.

In the presence of DIM, estrogen metabolism shifts away from mostly creating metabolites with strong estrogenic effects, to the production of weaker metabolites.

DIM prevents the female hormone estrogen from having too much of an impact on your body.

This effect of DIM can be very beneficial, especially if you have excessive aromatase activity and you’re not taking any aromatase inhibitor at the moment. Keep in mind that aromatase converts testosterone to estradiol, the most potent form of estrogen, cranking up the female hormone levels in your body.

DIM’s impact on the metabolism of estrogen provides another benefit, since its effect can increase the levels of "good estrogen". 2-hydroxy estrogen metabolites have the ability to free bound testosterone, taking its place instead (through an estrogen receptor).

Of course, this leads to an increase in available testosterone, meaning the hormone’s effects will become much more visible. You won’t have to worry as much about muscle loss, and getting ripped should become even easier with testosterones ability to ramp up protein synthesis. 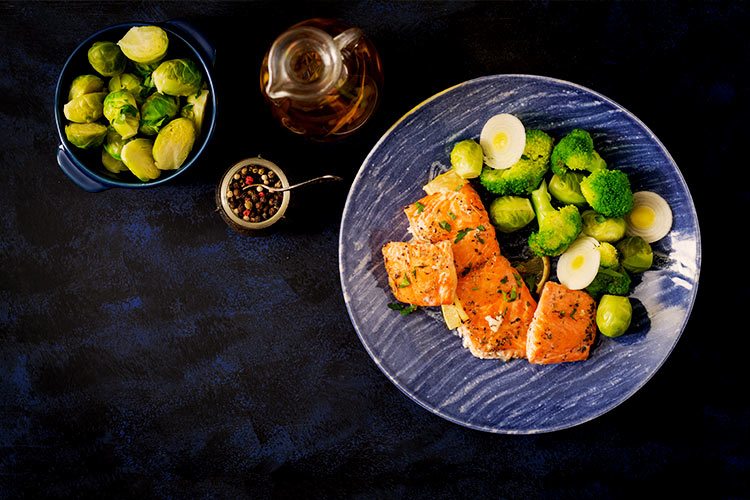 Not Just for a Better Physique​

Improving your hormonal balance by taking DIM isn’t merely about getting a better-looking body. It comes with other remarkable perks, such as having improved prostate health – even preventing prostate cancer cells from growing further and causing more damage.

Your chances of suffering from prostate enlargement (a typical problem related to aging), can also be reduced with the help of DIM.

DIM, by facilitating the conversion of bad estrogen into good estrogen, cuts the production of prostate-specific antigen protein (PSA).

To be perfectly clear, it is estradiol or bad estrogen that triggers the increased secretion of PSA in the prostate. It’s that buildup of antigen that’s often associated with prostatic growth, and the increase is even used as an indicator of prostate cancer risk.

Another benefit comes from the fact that good estrogen serves multiple roles in the human body. These 2-hydroxy estrogen metabolites (such as 2-hydroxy estrone and 2-hydroxy estradiol) function as antioxidants, meaning they can protect you from other kinds of cancer.

In the context of bodybuilding, fighting off free radicals is vital. After all, working out triggers the production of these dangerous radicals, making you a lot more susceptible to diseases associated with DNA damage – and don’t forget that free radicals make you more easily fatigued, as well.

If you’re wondering how effective these estrogen metabolites are in disabling free radicals, well, just consider the fact that some of them are even more potent than tocopherol (a vitamin E compound). And unlike the popular antioxidant, higher levels of good estrogen won’t increase your likelihood of developing prostate cancer. 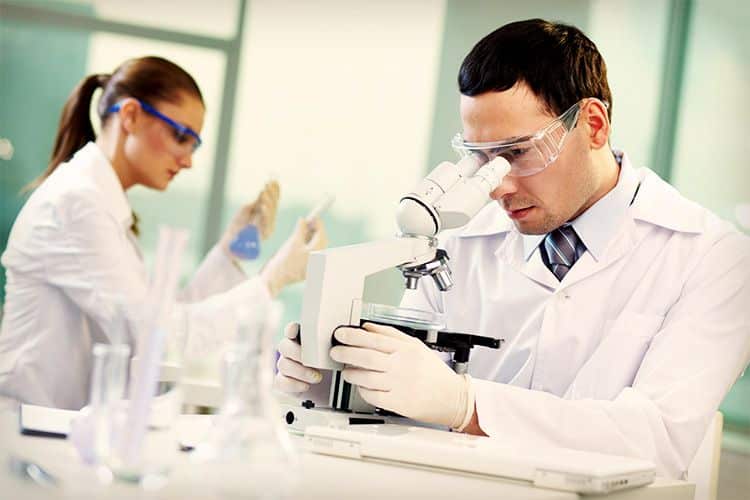 Given how scientific understanding is always evolving, it isn’t surprising that some experts are beginning to question the need for DIM supplementation. A 2016 study, for example, has shown that the chemical compound could negatively affect sperm quality.

It was also discovered in the same study that DIM intake can trigger an increase in oxidative stress, particularly in the testicles – partially explaining how sperm quality suffers. There’s also the possibility of suffering from reductions in testicular size.

Keep in mind though, that these side effects seem dose dependent, meaning they will only be a problem if you take in too much DIM. Unfortunately, there’s no established safe amount for DIM intake – which is why sticking to eating cruciferous vegetables or only low-dose capsules if you have a confirmed estrogen problem,  might be the best course of action.

Aside from being associated with oxidative stress and testicular troubles, the chemical compound has been found to prevent dihydrotestosterone (DHT) from effectively serving its function. While not as important as testosterone in muscle development, DHT does enhance protein synthesis and libido.

Of course, to some, knowing that DHT gets blocked by DIM is a good thing. DHT, after all, is seen as one of the main reasons why hair loss is such a concern among the male population – and not just by those nearing their golden years.

Taking DIM as a supplement may also cause you to have darker urine and increased bowel frequency. Suffering from migraine and gas isn’t unlikely as well – but then again, minor side effects such as these don’t always manifest at the same extent (you might not even notice them).

Even after learning about the potential risks, many still decide to take the estrogen blocker since the estrogen problem outweights the risks of DIM supplements. Again, many of those risks are dose dependent.

If you’re among those eager to continue, you’ll have to consider that there are three choices available to you – eating cruciferous vegetables, taking DIM supplements, and supplementing with I3C. Obviously, each of these options come with their own pros and cons.

Let’s start with eating veggies, which is arguably the safest choice. By going this route, you won’t have to worry about getting too much DIM that your DHT balance gets ruined – and it’s also unlikely to affect testicular function.

Unfortunately, that safety is a double-edged sword. Although you won’t be putting yourself at any realistic risk, you’ll find it harder to benefit from DIM’s capacity to convert harmful oestrogens into their health-boosting counterparts.

To get enough DIM from food, you’ll need to eat at least two pounds of cruciferous vegetables daily.

To get enough DIM from food, you’ll need to eat at least two pounds of cruciferous vegetables daily. That’s quite a lot, but probably not as much as you’d think – a head of cabbage that weighs a pound, for example, yields just four cups of shredded cabbage.

Moving on, let’s talk about DIM supplements. As we’ve said, these are highly recommended and quite popular, mainly since they’re more convenient to take and don’t cost much – it’s safe to say that they’re even cheaper than vegetables.

The problem with these supplements, however, lies in the amount of DIM they contain. You’ll easily find capsules that contain several hundred milligrams of the chemical compound, even though 60 milligrams should be more than sufficient.

It’s also common for these supplements to have other components that could either improve your current nutrition, or get you close to suprassing the daily limit of certain nutrients. That being said, it is important to carefully check your chosen product against your existing supplementation regimen.

Lastly, there's I3C supplement, which is ultimately broken down in the gut to release biologically active DIM. You might be wondering why anyone would take this instead of directly supplementing with DIM – aside from better dosage control, there’s not much to gain from it.

A Few More Things About DIM

Choosing a good supplement or eating several pounds of cabbage daily will allow you tap into DIM’s beneficial effects. However, that doesn’t mean you’ll get to maximize your newfound testosterone booster – to enjoy its full potential, you should also get enough calcium D-glucarate and omega fat.

Calcium D-glucarate, aside from being an excellent detoxifier, helps accelerate estrogen metabolism. As for omega fatty acids, you’ll need them to optimally process (and digest) DIM – the chemical compound is fat soluble, highlighting the need for a carrier in the blood.

Keep in mind that taking omega fatty acids any time of the day won’t cut it. You must take them together with your chosen DIM supplement, ideally during ​high fat meals – and that applies even if you decide to take I3C capsules or eat cruciferous veggies.

Overall, while taking DIM for men can be advantageous, it isn’t the perfect testosterone-raising supplement many believe it to be. While it might increase your free testosterone and protect you from certain disease, you’ll still have to think about how it works in relation to what you really need.

2 thoughts on “DIM for Men: Diindolylmethane, a Unique Testosterone Supplement”