Lots of athletes and bodybuilders seem to be trapped in an endless search for the perfect male hormone booster – and sure enough, they all stumble upon D-Aspartic Acid Testosterone. Testosterone levels will no longer be a problem, at least if some supplement manufacturers are to be believed.

Like many others, you’re probably wondering whether they should be trusted, especially since you’re putting your health on the line when taking a new supplement. Well, to help you understand our stance on the matter, we need to discuss a bit of supplement history.

Researchers found out that taking DAA for just three days is enough to increase both testosterone and luteinizing hormone (LH). 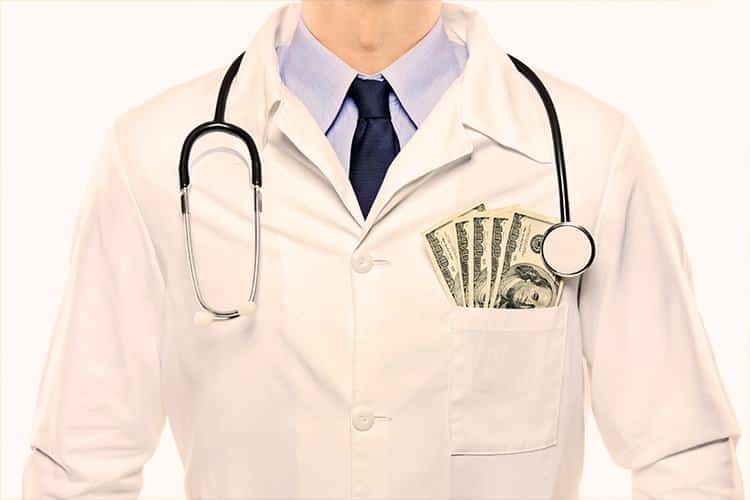 Way back in 2009, a study on the role of D-aspartic acid (DAA) on hormone secretion and synthesis was published. The researchers focused specifically on two hormones, namely luteinizing hormone (LH) and testosterone.

Testosterone, in particular, increased by 15 percent just after three days of supplementation – and that rose to 42 percent after roughly two weeks.

Providing further insights into the amino acid’s role and potency in influencing hormone levels, the researchers noted that there was a drop in testosterone level three days upon stopping supplementation. And yes, that study was actually a clinical trial.

Another scientific inquiry was carried out, this time involving infertile men. Once again, the results showed how remarkable DAA is – proving that it’s capable of raising the level of testosterone by up to 60 percent in just three months of supplementation.

While these results were enough to convince some people, there are those who remained skeptical – which is to be expected given that the studies were funded by a DAA manufacturer. Despite that, many at this point already chose to invest in the non-essential amino acid. 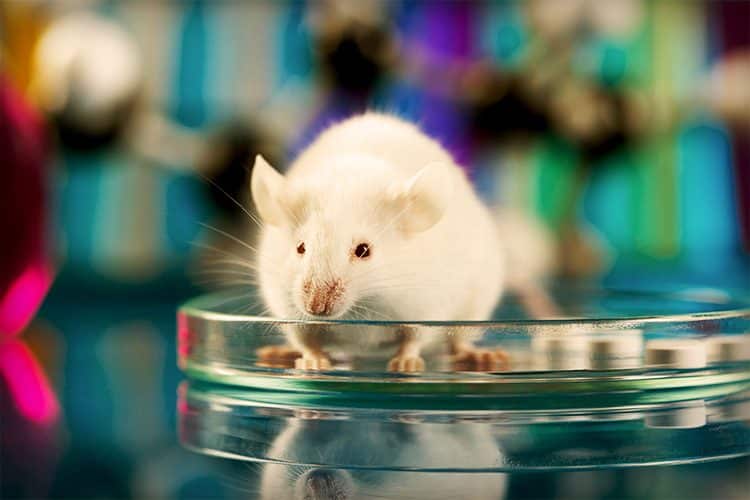 Non-sponsored studies followed and soon, DAA’s track record was no longer as impressive. In 2015, it was revealed that taking three grams of DAA did nothing for the testosterone production of weightlifters – and when they upped the dose, total testosterone dropped.

Another study yielded the same results, with the researchers concluding that taking the supplement for almost a month does not increase free testosterone. With these disappointing outcomes, you’ll begin to wonder why anyone would believe the sponsored studies.

Well, for one, it isn’t uncommon for companies specializing in supplements to fund scientific inquiries. Aside from that, from a logical standpoint, DAA should be capable of functioning as a testosterone booster since it facilitates gonadotropin-releasing hormone (GnRH) secretion.

If you’re not that familiar with GnRH, you simply need to know that it can increase testosterone beyond normal levels. Moreover, DAA has been shown to hasten the production of steroidogenic acute regulatory protein (StAR) within the testes.

DAA should be capable of functioning as a testosterone booster since it facilitates gonadotropin-releasing hormine (GnRH) secretion.

Although not commonly discussed, StAR serves a crucial function in testosterone production. It basically determines the amount of cholesterol that moves within the mitochondria – and as you should know, cholesterol is the building block of testosterone.

Interestingly, however, the studies merely involved animal tests. Still, these bits of information made it seem like DAA is the ultimate supplement for those trying to build more muscle mass, and the two sponsored studies made the amino acid even more marketable. 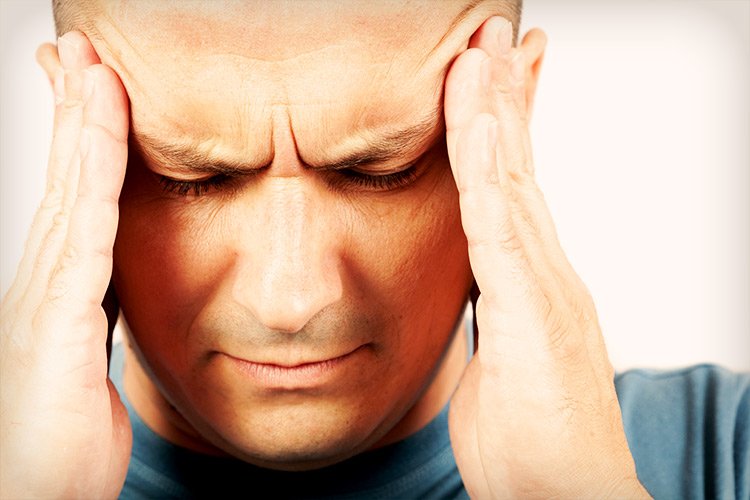 When the Problems Emerged

People who immediately bought into the hype (believing in tests done on rat testis and Leydig cell samples) soon realized that they should have waited a bit longer. They found out firsthand that long-term DAA use comes with several side effects, including headaches, acne breakouts, and mood swings.

In addition, the amino acid triggers the body’s reverse feedback mechanism. This means that when the production of testosterone reaches a certain level, LH secretion is immediately reduced – that, in turn, eventually leads to a reduction in total testosterone.

You’ll have to remember that LH is the one that triggers testosterone production and release, mainly by binding with special receptors on Leydig cells. Therefore, again, whenever the gonadotropin’s levels drop, it’s guaranteed that testosterone levels will soon follow.

Here’s another problem with DAA supplementation – neurons, specifically the ones with neuronal nitric oxide synthase (nNOS), get desensitized towards the amino acid’s effects. This leads to gradually diminishing returns with extended use.

This is why people who still take the supplement follow some sort of cycling regimen, such as by taking the supplement daily for two weeks and temporarily stopping use for the following week. Unfortunately, there are no studies proving the effectiveness of this approach.

While it’s something that should be obvious, we’ll have to be perfectly clear – DAA will cause problems when taken by those suffering from conditions brought forth by hormonal imbalance. Therefore, if you’ve been diagnosed with either hypergonadism or hyperthyroidism, you must stay away from DAA.

You Have a Choice, After All

So far, we’ve explained why the proteinogenic amino acid isn’t among the most impressive testosterone boosters despite the initial hype. Nonetheless, there’s a chance that you’re still eager to try it yourself, so we’ll give you the basics.

While your chosen D-aspartic acid powder will come with dosage instructions, it’s best not to take more than 1.5-3 grams daily for up to two weeks. This will allow you to check your tolerance, aside from giving you the chance to see whether it’s really working.

Although there are no established guidelines on maximum dosage, most people who rely on DAA will tell you that taking more than 20 ​grams per day can be dangerous. As we’ve discussed earlier, an excessive intake of the amino acid might end up reducing your testosterone.

It’s also recommended to split your daily dose into two. Take half the total dose in the morning and the remaining dose at night – that should keep your hormone levels safe just in case your body doesn’t tolerate the amino acid that well.

If DAA is causing your estrogen levels to spike, it would only be appropriate to stop taking it. However, if you’re serious about completing several cycles, then it’s necessary that you add an aromatase inhibitor to your supplementation regimen.

Quercetin, apigenin, and resveratrol are among the best natural aromatase inhibitors. You can get sufficient supplies of these flavonoids by simply increasing your intake of plant-sourced food items like apples, chamomile tea, and red wine. 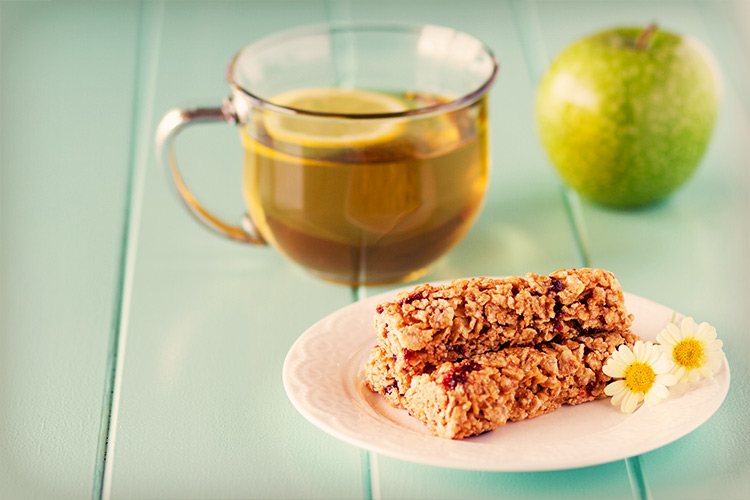 N-methyl-d-aspartic acid (NMDA) is a relatively new supplement that’s gaining momentum and popularity. Surely, those who have at least tried (or considered trying) DAA would be somewhat intrigued with this newer form of the amino acid.

The question though lies in whether it’s any better than its predecessor. Well, if we’d use the latest studies as basis, NMDA doesn’t seem that impressive – and it can be argued that the risks it comes with eclipse those associated with DAA.

In one study, twenty men undergoing resistance training were given a little less than two grams of NDMA daily throughout a period of 28 days. At the end of that timeframe, every participant had significant improvements in muscle growth and hormone levels.

Although that might seem like a good thing, it actually isn’t. If NDMA can really bring noteworthy benefits, the outcome should be a lot less uniform – those who were given placebo should have been left behind by the ones who took the supplement.

Much like in DAA’s case, NDMA should have worked. The latter has been shown to effectively induce growth hormone secretion in one study involving animal subjects (male rats) – it’s as if these amino acids only yield positive outcomes when not tested on humans.

As for the risks, NDMA can cause memory loss, aside from other issues like hallucination and night terror. These side effects can be explained by the amino acid’s capacity to excessively stimulate parts of the brain through the NMDA receptors.

Keep in mind that there are other natural testosterone boosters – you don’t have to risk a lot just to convince your pituitary gland to increase its production of GnRH. For one, there’s diindolylmethane (DIM), which you can get simply by eating cruciferous vegetables.

Although the chemical compound doesn’t directly work on androgen secretion, it ends up raising free testosterone levels by processing estrogen. This yields metabolites that can unbind testosterone that has been trapped by the sex-hormone-binding globulin (SHBG).

You can likewise increase your testosterone naturally by getting more zinc through your diet. This is often enough to solve issues with the male hormone’s availability in the bloodstream – and it’s not surprising at all, given how crucial zinc is in testosterone production.

We’ll have to remind you though, that despite oyster’s popularity as the mineral’s prime source, eating it isn’t your only option. Whole grains, legumes, shellfish, and meat are all good dietary sources of the testosterone-boosting micronutrient.

All things considered, there’s really not much reason to supplement with D-aspartic acid. Testosterone, and a healthier hormone ratio in general, can be achieved through other ways – and many of these alternatives are effective and safe.