The catuaba is a fast growing tree native to the forests of the Amazon. Its bark is traditionally used as an aphrodisiac by the Tupi tribe in Brazil. Also known as trichiliacatigua, its bark is used to create an infusion. This infusion is then drunk and its effects were said to be so effective that it inspired the creation of several songs in indigenous Brazilian culture. However, we cannot just rely on cultural beliefs and traditional songs to determine its benefits. So, we did our research and here’s what we have found out about catuaba bark benefits.

1. Decreases the Effects of Fatigue

Your body is in a constant state of energy production, in order to meet its requirements.The amount of energy you metabolize increases in times of physically and mentally demanding activities.

You might have noticed that after long periods of physically demanding activities, there’s a significant decrease in your your physical output, which is the classic onset of fatigue.

Besides the fact that energy production does not continue in a linear fashion (it decreases over time), the cause of this muscular fatigue also relates to the accumulation of byproducts in the muscle, which impair normal contraction.

Supplementation with catuaba bark extract has been found to reduce the effects of these metabolic by-products on muscle strength. A study has shown that test subjects, who supplemented with said extract, experienced significantly less fatigue from extended aerobic activity.

The various chemical processes in the body produce natural by-products known as free radicals. If left unchecked, these can cause damage to cells, tissues, and on a larger scale organs that can contribute to development of erectile dysfunction, cancer, Alzheimer’s disease, and atherosclerosis to name a few.

Your body prevents this damage through antioxidants found in your diet and produced by the body. Catuaba bark extract contains epicatechins that have strong antioxidant effects in your body.

Two antioxidants unique to catuaba extract are catiguanin A and catiguanin B. These antioxidants have shown potential in helping fight off bacterial infections and cancer cell growth.

3. Can Slow-Down the Progression of Alzheimer’s Disease

Acetylcholine is a neurotransmitter that plays an important role in processing existing memory and learning. One of the most common biological markers ofthe progression of Alzheimer’s disease is adecrease in the amount of acetylcholine found in the brain.

This breakdown of acetylcholine can be prevented by inhibiting an enzyme by the name of cholinesterase. This is where catuaba bark extract can help. It has been observed to exhibit anticholinesterase effects similar to medications like galantamine, rivastigmine, tacrine, and donepezil.

Unfortunately, inhibiting cholinesterase is only effective when the body is still producing acetylcholine. As the disease progresses, the body would produce less and less of the neurotransmitter, and would eventually get to a point that cholinesterase inhibitors would be virtually useless.

Oral consumption of catuaba bark extract has shown to induce effects similar to that of antidepressant medications. This is attributed to the extract increasing the body’s production of serotonin and dopamine, important neurotransmitters in the regulation of brain chemistry.

By increasing serotonin, your body improves its ability to regulate mood, with low levels commonly observed in persons diagnosed with clinical depression.

As for dopamine, low amounts of it lead to the inability to feel pleasure and inability to be motivated. Both of these neurotransmitters have a hand to play in the genesis of depression.

From a simple headache to chronic diseases like osteoarthritis and irritable bowel syndrome which cause pain, there is some degree of inflammation involved in their development.

Catuaba bark extract can alleviate this pain by interacting with your dopaminergic system. helping your body reduce production of pro-inflammatory mediators. With decreased inflammation, the amount of pain you experience also decreases in like manner.

Its effect in alleviating pain is comparable to the analgesic effects of morphine on your central nervous system but without the risks for addiction and dependence.

The primary measure of your central nervous system’s health is how well it can change its form in response to its environment. This is known as neuroplasticity. If neuroplasticity decreases, you will experience difficulty in learning, remembering, focusing, and co-ordination.

Catauba bark extract boosts your neuroplasticity at the level of your central nervous system, thanks to its ability to stimulate dopamine and serotonin production and to promote neuronal functional recovery.

Moreover, it protects your nerves from oxidative damage by mitigating free radical damage on nerves and disease-inducing nerve degeneration.

Further studies have even shown it may be able to prevent memory loss and to help subjects recover their memory. This effect is attributed to its anti-inflammatory effects on specific brain cells.

Interestingly, non-infected samples exposed to the extract were not infected after being exposed to said viruses. This suggests that the bark’s extract has both a curative and preventive action against said viruses.

Supplementing animal test subjects with trichiliacatigua have been shown to improve markers of pancreas health in type-1 diabetes. The study has shown improvement of blood sugar regulation and inhibition of diabetic nephropathy inthe subject animals.

Despite lacking in human clinical trials, this shows a promising direction for addressing insulin production in type-1 diabetics.

9. Indirect Benefits for Your Hormonal Balance

Although it is marketed and traditionally considered an aphrodisiac, there are no studies that confirm catuaba bark is capable of directly influencing your testosterone production or sex drive. This does not necessarily mean these claims are false, just that it might simply be a case of a lack of studies on this aspect of catauba bark.

However, the good news is that the confirmed benefits of catuaba bark provide indirect benefits for your sexual health.

Catuaba bark extract’s ability to alleviate chronic pain can go a long way in improving your sleep quality. The pain that would normally wake you up in the middle of the night or prevent you from going into deep sleep would be alleviated. And, since poor sleep can negatively affect your testosterone levels, your hormonal balance is indirectly benefitting from the effects of catuaba bark.

Another way it can help is by protecting and repairing your central nervous system (CNS), which can prevent erectile dysfunction caused by nerve damage. This also includes the hypothalamus and the pituitary gland that utilize the nerves of said system for regulating production of  testosterone.

Lastly, by increasing your dopamine levels, thriciliacatigua extract inhibits the secretion of the hormone prolactin in your body. Prolactin is a hormone that can lower your testosterone and libido, and promote the development of gynecomastia and erectile dysfunction. 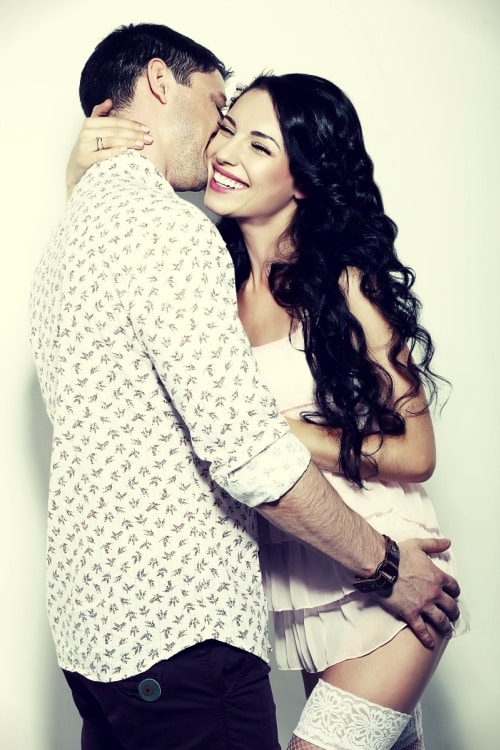 There are still more studies to be done on the effects of catauba bark. Benefits are still waiting to be discovered and one of these could directly affect your sexual and hormonal function. Whatever the case may be, the benefits currently supported by research are already worth looking into for optimization of your overall well-being.

Michael Jessimy is a Pharmacist by profession, who is also a decorated amateur level heavyweight bodybuilder. He possesses a unique mix of knowledge encompassing fitness, nutrition and medical expertise, making him a specialist in matters of health. He currently manages one of the largest retail chain pharmacies in his native homeland. Check out his books on health and nutrition on Amazon.