DHT, or dihydrotestosterone, is one of the androgenic hormones that orchestrates the development of the male body during puberty. Those who are having health troubles may need to increase DHT levels to feel better, even well after hitting puberty.

The Role of DHT in a Man’s Body

DHT is mainly known for being the male puberty hormone. Together with testosterone, it controls the development of male sexual behaviors and desires.

After puberty, DHT is responsible for maintaining muscle mass, fertility, and sexual health. While it’s known to help you keep a healthy masculine image, too much of it can also lead to male pattern baldness.

Abnormal DHT Levels: What Are the Effects?

Having too much or too little DHT can significantly affect your quality of life. Unfortunately, when it goes on for too long, your hair won’t be the only thing that can be affected by unbalanced DHT levels.

Dangers of Having Too Low DHT Levels

Too little DHT typically causes notable issues with sexual development during puberty. It usually causes a delay in puberty onset for both sexes.

DHT deficiency may lead to significant health problems, such as:

As DHT is a byproduct of testosterone, the best way to solve DHT deficiency is to increase testosterone levels. 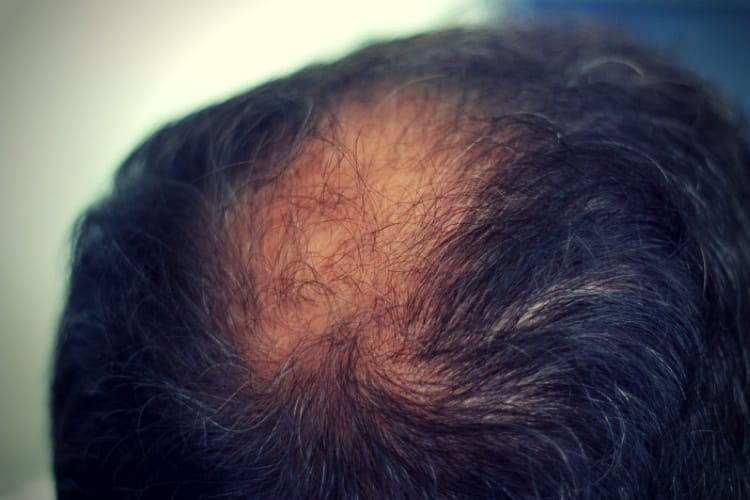 Dangers of Having Too High DHT Levels

On the other hand, an excess in DHT can also lead to a multitude of physical problems, such as:

To reduce DHT, you’ll need the help of DHT blockers. You can either take meds such as Finasteride or Minoxidil, or you can also take natural blockers such as:

Often, men use these natural DHT blockers to slow down the hair loss process and encourage the growth of healthy hair follicles. If you think your current health problems are connected in some way to your testosterone or DHT levels, consult with your doctor so you can figure out the best treatment plan.

The hypothalamus and the pituitary gland are in charge of testosterone production in men.

Your body is a complex system that can recognize when you have too much testosterone and DHT in your bloodstream. When this occurs, various signals make its way to your hypothalamus and dial down its production of gonadotropin-releasing hormones.

As a result, this stops your body from producing luteinizing hormone, which leads to the natural reduction of both testosterone and DHT.

Aside from testosterone, there are other reasons why you may experience increased DHT levels. DHT levels typically go up when you have an increase in 5-AR (5-alpha reductase) activity.

When 5-AR activity is increased, this means that more testosterone converts into DHT.

Tips to Increase Your DHT

Excessive DHT can be dangerous, but in moderation, what exactly does it do for a man?

Here are some of its notable benefits:

Best of all, unlike testosterone, DHT can’t be converted into estrogen. Listed below are 4 simple ways to keep your DHT at desirable levels: 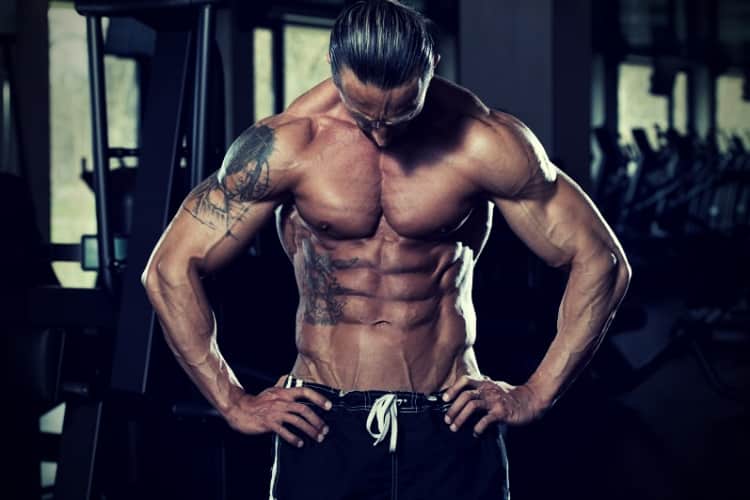 Simply engaging in any physical activity regularly is enough to boost your testosterone levels, and in effect, your DHT. However, out of all the sweat-inducing exercises that you can do, lifting weights is probably one of the most effective for increasing DHT.

That’s because muscle building requires significant amounts of testosterone. Once you’ve gained the muscles, you can expect the testosterone to stay around, and part of it will be transformed into DHT too.

2. Clean Up Your Diet

Eliminating unhealthy food items from your diet can increase DHT because it makes you a lot less likely to accumulate body fat. But what does fat have to do with testosterone and DHT?

Excess fat converts testosterone into estrogen through a special enzyme called aromatase. In effect, your body has less testosterone to produce DHT if you have a high body fat percentage.

So, it’s recommended to switch to whole foods and ditch processed foods. Make sure that your diet is composed of complex carbs, lean protein, and healthy fats like those found in avocados and fatty fish.

Butea Superba,  also known as Red Kwao Krua, is a plant native to Thailand. For centuries, it has been used in Thai traditional medicine to help men become more masculine and boost their vitality.

If you’re looking for a natural way to improve DHT, Butea Superba is worth trying out.

Sleep helps us feel well-rested after a long day, but its benefits go well beyond that. It also improves metabolism, heart health, and even brain function.

Thus, if you’re determined to become more manly, you can start with getting enough sleep every night.

Keep Your DHT Levels in Check

Low DHT levels can be problematic, but fortunately, this can be solved easily by switching to a healthier lifestyle. You can already notice a big difference when you start sleeping well, eating healthier, exercising regularly, and taking Butea Superba.

Over time, you will increase DHT naturally and become a better man, inside out.