​Phytoestrogens, the plant-based hormone commonly found in estrogen rich foods such as soy and flax seeds, are still considered a controversial part of nutrition. Some studies believe it’s bad for you while others think they are potent antioxidants that can help fight certain cancers.

Understanding the role of phytoestrogens in your health is the key to keeping balanced hormone levels throughout your life.

In this article, we will learn about phytoestrogens – the positives and negatives of these plant-based estrogens and how they influence the bodily processes in men.

Phytoestrogens are substances commonly found in plants that can mimic the activity of human estrogens. Of course, plants cannot produce a hormone substance the same as the human reproductive systems hormones such as estrogen. However, phytoestrogens can definitely affect human’s hormonal metabolism – in both males and females.

Since most of the studies about phytoestrogens have been associated with breast cancer, there is a considerable importance on the influence of phytoestrogen in women’s health. However, men can be affected by phytoestrogens too, despite the somewhat lack of research in this area. 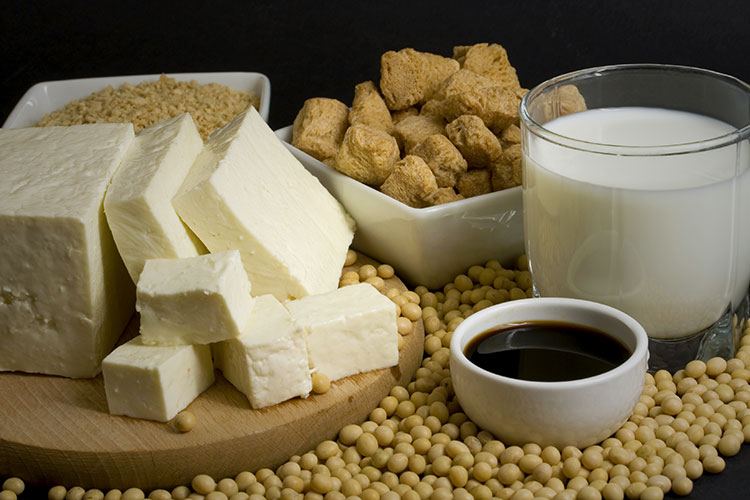 Phytoestrogen is found in many foods, supplements and even essential oils. Below are some of the foods that contain estrogen:

Certain foods that increase estrogen levels should be taken with a grain of salt. But soy is the most concentrated food that contains phytoestrogens, it is important to examine the safety of consuming soy and soy products. Unfermented soy contains a long list of nasty things that should be avoided while fermented soy is a great probiotic food.

It’s best to remove all kinds of soy milk, soy protein and other forms of soy from your diet except for soy lecithin, a fermented soy product which has lots of health benefits when not consumed in excess.

Phytoestrogen in Men – the Good

Estrogen in men at normal levels is vital for many functions. It is critical for brain function, specifically for verbal memory. It is essential for new neuron development and neuron maintenance.

So far, the best studies highlighting estrogen rich foods and male hormonal balance involved the c﻿﻿﻿ardiovascular system. The researchers show that men who take a high amount of phytoestrogen-containing foods have improved blood flow, increased dilation in their arteries and regulation of their blood pressure.

Some of these effects may involve changes in hormonal metabolism brought on by these estrogenic foods. This means, the effect of phytoestrogen can also be good and beneficial.

Resveratrol is a form of phytoestrogen that is found in high concentration in grapes as well as in Japanese Knotweed. It is a known performance-enhancing supplement that can act as an anti-inflammatory agent and could increase testosterone levels while blocking estrogen.

Others might help against prostate cancer or help reduce hair loss. Depending on your needs and overall hormonal balance, your phytoestrogen needs might be different.

Excessive phytoestrogen intake over time with foods high in estrogen is never advisable for men, moderation is key and should be used according to needs.

Focus on the foods with proven benefit for men, like Resveratrol and Pomegranate. We recommend men try to keep these two always in their diet, they have many amazing benefits for men.​ 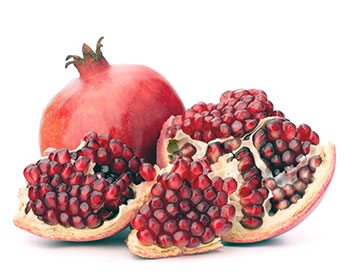 Some estrogenic foods can be beneficial because they have a low estrogenic impact but still compete with estrogen and hence helps to keep estrogen levels lower and more balanced.

Besides soy, flax seed, and beer, men should not be that scared about food with estrogen and phytoestrogens. Many plants contain phytoestrogens, yet we know they are very beneficial foods.

Dairy, on the other hand, contains way more estradiol estrogen then in plants, yet most guys see no wrong in consuming this. Obviously, most guys are not properly informed on the matter of estrogen rich foods.

Endocrine disruptors are natural and chemical compounds that disrupt hormonal balance in the body, which may cause health problems when they accumulate over time.

The most prevalent endocrine disruptors are nasty chemicals found in pesticides, plastics and even in estrogen supplements, but they can also be in the form of progestin (progesterone-mimickers) and phytoestrogens.

Endocrine disruptors have caused hormonal imbalances in both men and women, leading to an overall drop in the average age of puberty and contribute to different fertility issues such as ovarian cancer and endometriosis in women and testicular cancer and low sperm counts in men.

One of the most terrible endocrine disruptors are the xenoestrogens. They are chemicals found in food and the environment that, when ingested, interact with the estrogen system of the body.

Xenoestrogens are of particular concern because they often trigger our body's estrogen systems with far more power than our own naturally-produced (endogenous) estrogen does. Are they related to phytoestrogens in any way?

The answer is no. While they act the same, phytoestrogens naturally occur in plant foods, while xenoestrogens are man-made monstrosities.

In our opinion, there is nothing to be worried about consuming phytoestrogen foods, unless you are taking them in great abundance and in a strictly isolated form like taking natural estrogen supplements. Consuming or taking foods with estrogen in excess, in whatever form, are not exactly desirable for those who want to stay lean and muscular.

DHT actually helps keep estrogen balanced. If you have high estrogen levels, there will likely be high DHT levels because your body is trying to balance it. Progesterone is a natural balancer of both estrogen and DHT in men. Progesterone decrease with age and this is one reason why we often see increasing levels of estrogen and DHT the older you get. 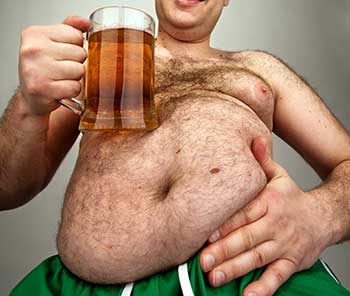 Some natural estrogen foods like soy, flax and beer should be avoided by men. You know what happens to the male body when you consume too much beer, there is a reason for that beer belly more then excess calories. The estrogenic effects of soy, flax and beer seems to act too strongly and comes with adverse effects, not to mention that soy is also often genetically modified and highly processed.

For men, the real threat are the xenoestrogens.

How to Protect Your Body From Endocrine Disruptors

There are two ways to protect the body against the accumulation of endocrine disruptors such as xenoestrogen and certain phytoestrogens.

Another good way to neutralize the effect of phytoestrogens is to match them with phyto-progestins or progestins found in plants.

One good example is Clary Sage Oil, which contains both phyto-progestins and phytoestrogens, which balance the impact of one another. It also helps protect the body from a dominance of one hormone.

Sclareol, a phytoestrogen in Clary Sage Oil, is not really an estrogen. If there is a estrogen deficiency in the body it can mimic estrogen but it will not create more estrogen in the body.

This can be useful to keep hormones in balance. This function is similar to how SERMs work and really show how some phytoestrogens can be superior in function to pharmaceutical medicines.

Phytoestrogens cannot be categorized healthy or unhealthy. The truth is, some types can be beneficial in certain doses, especially for women who often wonder how to increase estrogen, but some types in excess can also cause an adverse effect, particularly in men.

For the ones that can act as potent endocrine disruptors, it’s better to limit your intake overall and talk to your doctor before deciding on how to increase your estrogen from your diet or through the use of special foods.

One thing is for certain – better avoid soy as your source of phytoestrogen, rather look for healthier, more nutritious foods with estrogen such as certain vegetables, seeds or fruits.

The debate over phytoestrogens still continues in the research community, but if you take these facts on phytoestrogen into account, you can get the most of the benefits of estrogen rich foods while curbing their potential negative side effects.

Estrogen Rich Foods and Phytoestrogens: The Good and the Bad

1 thought on “Estrogen Rich Foods and Phytoestrogens: The Good and the Bad”