Many supplements can support men’s health and athletic performance, and astaxanthin is one of them. Recent studies reported that it could seriously enhance performance in the gym and in sports overall.

Similar testosterone boosters are popular among athletes since they can increase muscle strength and endurance. Oh, they also speed up fat loss.

However, because it’s an antioxidant, astaxanthin has lots of other health benefits too.

Curious to learn the details? 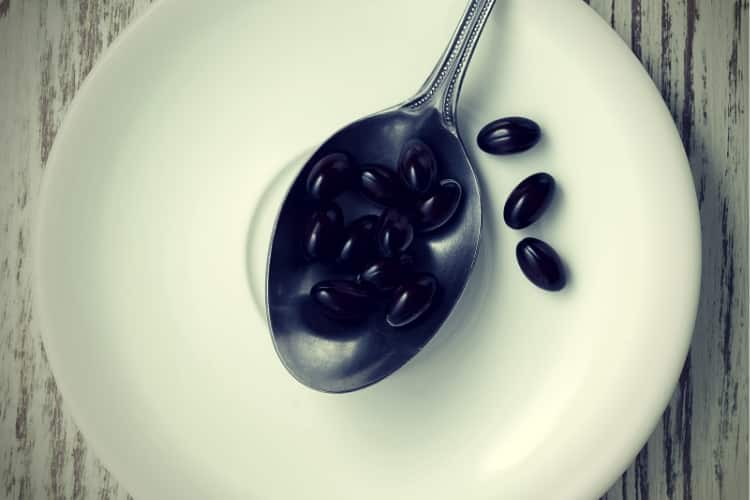 What Exactly Is Astaxanthin?

First off, how to pronounce it.

It’s a mouthful, but easy enough if you start slow: ass-ta-ZAN-thin.

Astaxanthin is a carotenoid: a red or pink pigment that gives color to salmon, trout, shrimp, krill, and other sea creatures. Unless you live by the sea or near a fish market, you probably don’t have much astaxanthin in your diet since it comes mostly from seafood.

If you want to be lean and ripped, you really need to have protein synthesis at an optimal pace – exceeding the rate at which muscle breakdown occurs. You’ll need every bit of help you can get, especially since managing the catabolic process usually involves carefully planning your carb intake.

Astaxanthin is an antioxidant, which means it counteracts slow cell damage and has various health benefits. These include reducing inflammation, strengthening the immune system, reducing the risk of cancer and diabetes, and preventing muscular degeneration.

However, if you’re after the training and bodybuilding boost that astaxanthin can give, then it might just deliver. After all, it’s a popular supplement among athletes.

Here are some of the many benefits you could get from regular intake of astaxanthin, with studies to support them:

With more muscle endurance, you can train harder and much longer. Astaxanthin extends endurance thanks to its ability to counteract wear and tear inside the body.

A study conducted at the Tokyo University of Marine Science and Technology found that mice could swim for five minutes with 10% of their body weight strapped to them before getting exhausted. This is, of course, after they had been given astaxanthin daily for five weeks.

Astaxanthin also helps to burn fat faster. It does this by using fat as an energy source instead of carbs, essentially converting it to fuel for the body.

In Japan, a study demonstrated this effect through two groups of mice given a high-fat diet, wherein one group was supplied with regular doses of astaxanthin, and the other wasn’t. The results revealed lower body weight and body fat levels among the mice that consumed the supplement.

How does astaxanthin work as an antioxidant?

Well, excess oxidation leads to painful and inflamed joints and muscles. Astaxanthin is the perfect counter to this, as it reduces the pain that comes with oxidation and fights oxidation itself.

A study conducted in California was done among tennis players with a condition known as tennis elbow, which is essentially elbow tendonitis. This occurs due to the repetitive motion of hitting tennis balls with a racket, and manifests in pain while gripping and loss of grip strength.

One group took 12 mg of natural astaxanthin per day for eight weeks while the other took a placebo. The results revealed an average increase in grip strength by 93% and a considerable decrease in joint pain when gripping.

It seems annoying pangs of pain don't stand a chance against astaxanthin.

Since this carotenoid has great antioxidative and anti-inflammatory properties, it can support the muscles and guard them against damage or excess strain.

A study conducted at the Karolinska Institute in Gustavsberg, Sweden, showcased this property by giving twenty healthy young men 4 mg of astaxanthin daily for six months. Another twenty men received a placebo.

At the end of the six months, they all underwent standard exercise tests. The men taking astaxanthin displayed triple the muscular strength and endurance compared to the placebo group. 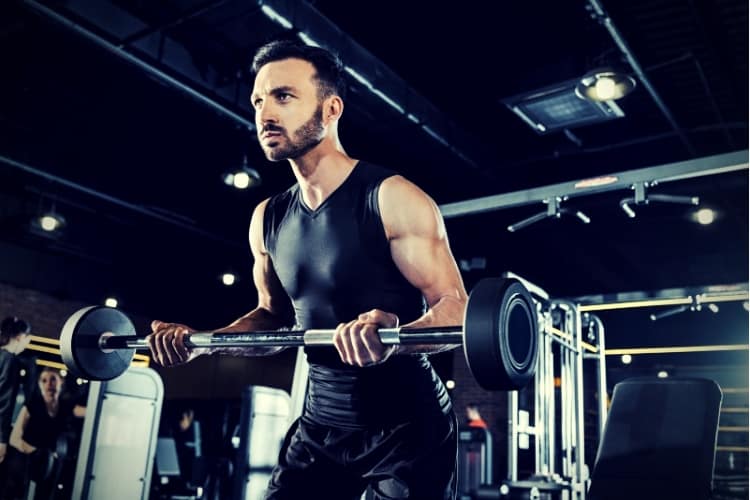 But How Does Astaxanthin Affect Testosterone?

Fitness and performance aren’t all about strength, endurance, pain relief, and energy levels. A little something called testosterone helps quite a bit too.

In a nutshell, testosterone is an androgenic steroid hormone that promotes the growth, development, and maintenance of male traits. Synthesized from cholesterol, it affects all organ systems in the body.

Research shows that astaxanthin affects testosterone. The question is, how?

Astaxanthin also inhibits aromatase, the enzyme that converts testosterone into estradiol, a form of estrogen. Too much estradiol can lead to gynecomastia, weight gain, mood swings, and acne, among other effects.

There are several ways to ensure you get the training and performance benefits of astaxanthin.

The average dosage that athletes and bodybuilders take is around 6 mg twice a day. Some even recommend one of the doses to be taken as a pre-workout support for better results.

For those prone to indigestion and heartburn, or who also want to use astaxanthin to counter joint pain and tendon issues, a higher dosage could help. Taking 12 to 16 mg a day will likely suffice.

Since it’s a fat-soluble carotenoid, astaxanthin is better absorbed when taken along with food like salmon, avocado, or nuts. These contain healthy fats that will serve as carriers for the supplement.

However, other products blend astaxanthin with ingredients like virgin coconut oil for increased absorption within the dose itself. An example of these is Sports Research’s Triple Strength Astaxanthin, which has a blend of organic coconut oil in its 12 mg softgel capsules.

Studies suggest that astaxanthin may support testosterone production. However, your doctor’s advice must come first before trying it out since the supplement, like any other, may cause some side effects in your particular case. It may also interact with the medications you're currently taking.

Not that it's likely, but still. Better safe than sorry, right?