Naringin is a flavonoid present in the peel and seeds of many citrus fruits. It contributes to their unique flavor and comes with a wide range of potential health benefits for all systems of your body.

Specifically, studies suggest naringin could help in treating metabolic syndrome, inflammation, and stress. Even if you don't have any of these issues right now, it never hurts to decrease your risk of getting them later in life.

So, what are the best sources of naringin? What benefits can you get from it, and what is the most effective dosage?

Let's dig into these matters!

Have you heard of naringin before? Chances are, you haven't.

Right now, there is limited data about this compound available to the general public, so it’s understandable if you don’t know much about its benefits.

Naringin is a flavonoid, a bioactive compound found in plants. The best natural sources of naringin specifically are citrus fruits, with grapefruit being the absolute winner.

But why is it important to understand the flavonoid nature of naringin?

Well, a study of more than 5,000 flavonoids found in different plants, scientists have confirmed that all of these compounds have a certein degree of anti-oxidative properties.

Thanks to their antioxidative power, flavonoids can prevent or reduce the symptoms of inflammation, cell damage, osteoporosis, ulcer, and even cancer.

Naringin has become popular in the medical and scientific community due to its ability to lower cholesterol and thus potentially prevent cardiovascular diseases. These features have made naringin a very likely candidate for the treatment of metabolic syndrome and obesity.

Since the human body can't produce naringin (or any other flavonoids, for that matter), you have to get it with your diet. Here’s how. 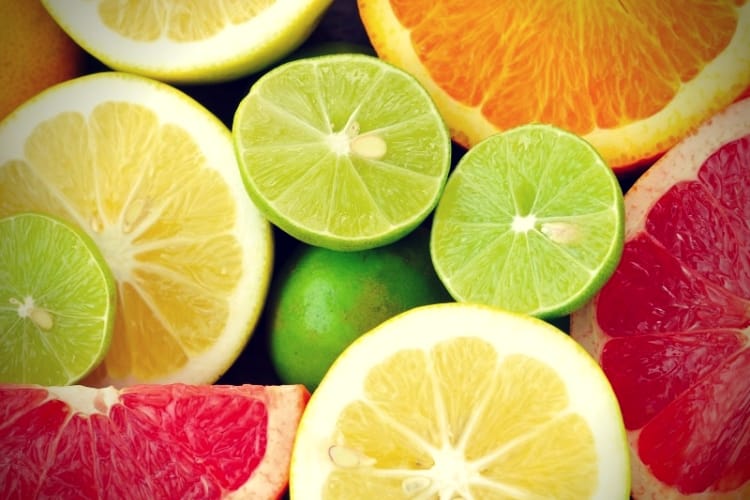 You can find small doses of naringin in oregano, tomatoes, and cherries. However, the best sources of naringin are citrus fruits:

Squeeze them into fresh juice, make some frozen concentrate, prepare a bowl of fruit salad, or simply eat them raw. All options are great!

You can also make some lemon water to stay hydrated throughout the day. Prepare it beforehand by simply adding several slice of lemon in a pitcher of water and then cool it in the fridge.

Besides getting your naringin from fresh citrus fruits, another source is natural herbal medicines with Rhizoma Drynariae, Citrus aurantium, and Citrus medica, which are used in traditional Chinese medicine.

Because Rhizoma Drynariae promotes bone-formation, it's commonly used to treat bone weakness and osteoporosis. It's derived from the dried roots of the plant Drynaria fortunei, a perennial fern with root tubers.

Naringin is available in supplement form. It’s usually combined with vitamins, minerals, and other bioflavonoids including hesperidin, quercetin, and rutin.

Health Benefits of Naringin for Men

Metabolic syndrome, also referred to as Syndrome X, is a group of medical conditions that arise all at the same time. This group increases an individual’s risk of diabetes, heart disease, and stroke.

According to the National Heart, Lung, and Blood Institute and the American Heart Association, you may be suffering from metabolic syndrome if you have three or more of the following health indicators:

If you have three or more of these risk factors, you have an increased risk of acquiring diabetes or experiencing a stroke. What can you do about it?

First, lower your risk by eating healthy and exercising regularly. And then, ask your doctor about natural supplements that could help.

Supplementing your diet with naringin is a great way to reduce your risk of metabolic syndrome.

A study of the effects of naringin in abdominal fat deposition was conducted in 2013 in Australia. Researchers fed rats with a high-carb high-fat diet and gave them a naringin supplement for 10 weeks.

Scientists found out that rats were still able to lose weight thanks to naringin, despite they were fed with an obesity-inducing diet.

Part of cancer treatment is to control it by suppressing, preventing, and altering cancerous agents in the body. These actions prevent the formation of new cancer cells in patients.

Amazingly, naringin can efficiently act as a blocking and suppressing agent to prevent cancer from further spreading or developing in the body. It can also cause tumor cells to die off or prevent them from migrating and invading healthy tissues.

There are two other reasons why naringin is gaining popularity among health enthusiasts. Studies show this compound can alleviate inflammation and promote bone regeneration.

Athletes, active individuals, and bodybuilders rely on the anti-inflammatory properties of naringin to enhance their performance. The bone regeneration feature of naringin could come in handy for recovery after fractures, as well as for women approaching menopause.

In addition, naringin works as an antioxidant that prevents free radicals from damaging the DNA, fatty acids, amino acids, and lipids in your body. Essentially, it stops oxidative stress from producing free radicals that damage the body. 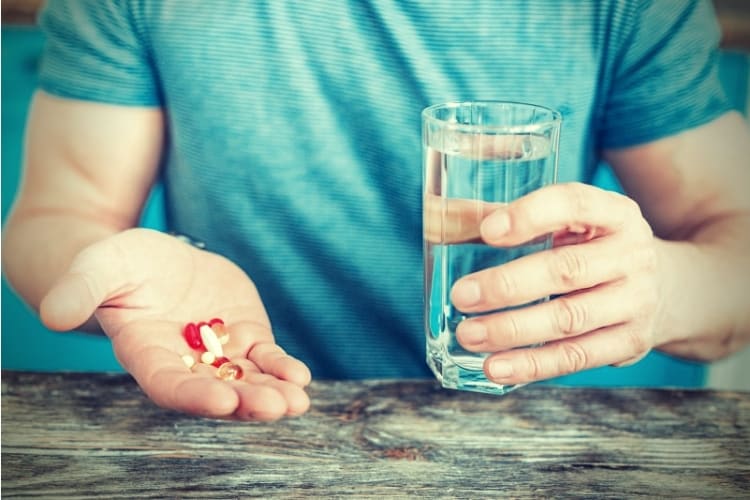 Dosage, Side Effects, and Drug Interactions

Naringin is best taken in a dosage of 500 mg once or twice every day. Keep in mind, though, that it’s best to ask your doctor if this dosage is suitable for you.

Naringin is generally safe, but it still has a few side effects that you should know about. These include:

There's a small possibility that naringin could affect other medicines you take. Evidence suggests that naringin can enhance the power of certain drugs by increasing their concentration, potentially leading to additional side effects.

Certain medications that could have a negative interaction with naringin include:

Before you go, remember that you shouldn’t take naringin if you’re a college athlete, especially if it's sourced from bitter orange.

The National Collegiate Athletic Association (NCAA) has listed bitter orange and its component synephrine in its list of banned drugs, as there's a chance it could affect physical performance.

All in all, naringin comes with quite a few health benefits for men. Nevertheless, just like with any supplement out there, you should consider all its pros and cons before trying it out.