Regular weed smokers who care about their health may be wondering if marijuana and testosterone are linked in any way. Aside from boosting your mood, does weed also help in bringing out the best man in you?

As marijuana becomes legal in more places across the world, it’s only normal that people start wondering about how it affects health. Of course, for men, it could be a huge issue if weed directly affects testosterone levels.

What Does Testosterone Do?

Testosterone is an androgen that promotes the development of masculine traits. The testes produce the lion's share (over 95%) of testosterone in men, but the adrenal glands also make a bit of the hormone.

Testosterone has two main functions in the male body: ensuring healthy sperm production and supporting the musculoskeletal system. In other words, having healthy testosterone levels is essential for men to maintain their health and vitality.

What Does Marijuana Do?

Because marijuana is still considered illegal in many areas, it remains widely associated with deviant behaviors. In reality, it's just a mood booster and stress-reliever when consumed in moderation.

Marijuana is packed with tetrahydrocannabinol (THC), a psychoactive compound that gives a feeling of being “high” or “stoned”. Although marijuana doesn't really cause physical dependence, it can still be psychologically addictive.

This means that people who consume marijuana may feel encouraged to increase their doses in order to get the same “highs”. 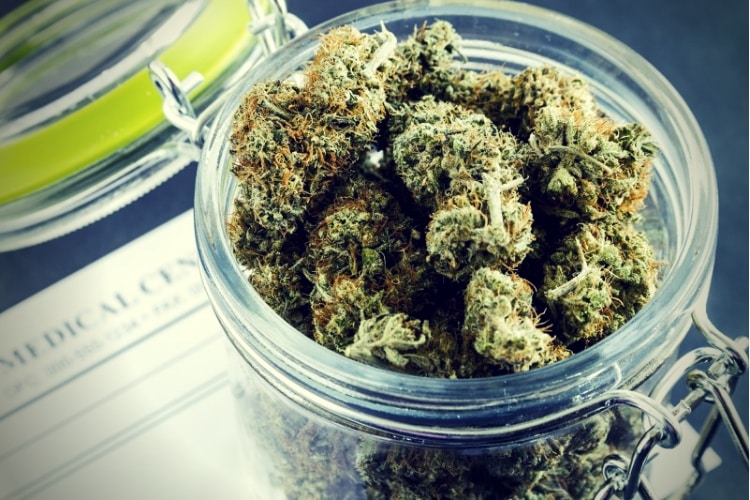 The Case for Weed and Higher Sperm Count

Some studies suggest that circulating testosterone can be higher in men that have used marijuana recently.

However, since this research was cross-sectional, it was impossible to determine whether hormone levels and semen quality returned to baseline after quitting marijuana.

Besides, the prevalence of marijuana smoking in some men may have been driven by their high testosterone levels to begin with. Not the other way around. Right now, there still hasn’t been any research that links marijuana and testosterone in this manner.

Luteinizing hormone (LH) and follicle-stimulating hormone (FSH) are two important hormones for reproduction in both males and females. THC can cause lower levels of LH and FSH, consequently reducing the production of testosterone. In theory, that is.

On the other hand, a conflicting study suggests that chronic marijuana usage doesn’t have a considerable effect on hormone levels in either males and females. However, sperm does seem to be more vulnerable and susceptible to harm upon exposure to THC.

That said, we'll need mre studies to determine if the lower production of testosterone stems from the action THC in marijuana, or it's just the result of lower LH and FSH levels.

What is the Caveat?

Though sperm count may increase with regular marijuana usage, sperm quality is a different story.

Apparently, marijuana isn't your friend when it comes to male fertility.

This study found out that regular cannabis usage can reduce libido and sexual function in animal subjects. Cases of testicular atrophy (shrinkage) have also been recorded.

The studies on the effects of weed on testosterone, LH, and FSH are inconclusive. And still, the test subjects’ sperm often showed:

For obvious reasons, the study hasn’t been replicated on human subjects. That would be just unethical. Nonetheless, experts suggest that medical marijuana prescriptions should be carefully thinked through before being integrated into a patient’s therapy plan. 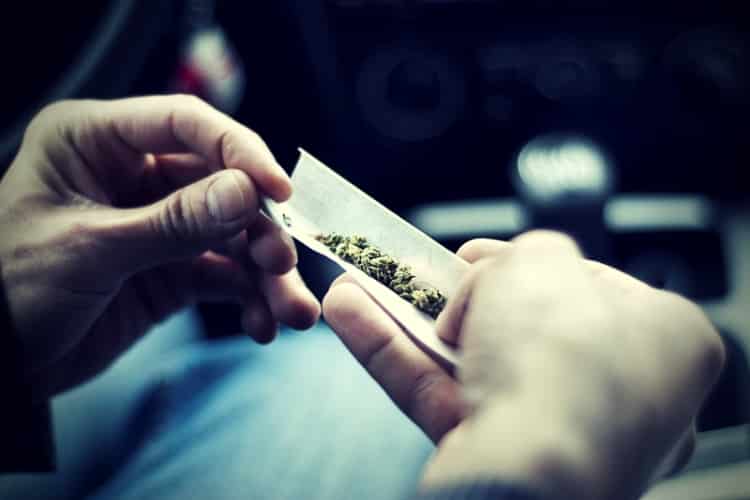 Another factor that may speak against marijuana being a testosterone booster is the fact that some frequent users are also living unhealthy lifestyles. By unhealthy, we mean they are taking other recreational drugs, maintaining poor dietary habits, not getting enough sleep, and so on.

When all of these are put together, marijuana can’t really do anything to lift you up. You and your testosterone levels are bound to crash with the way you are exposing yourself to various health risks.

If you really want to integrate natural ways to increase your testosterone, you are better off going for other herbs that can do the job better—and with more definitive results.

What’s good about them is that they don’t have any psychoactive compounds that may get you hooked. Addiction is a tough thing, and it can quickly lead to recklessness if you fail to properly manage your frequency of usage.

Better yet, these herbs have antioxidants and extra health benefits for your health.

Cleaning up your diet is another natural way to boost testosterone. Aside from providing your body with energy and nutrients, it can also make you feel more of a man from the inside.

Going for healthier food choices may not look manly on the surface, but it's exactly what will build you up. In the long term, this is one of the best things that you can do for your physical and mental health. Trust us, you won’t regret it.

Conclusion: The Link Between Marijuana and Testosterone

Right now, the only thing that's clear is that there's a vague link between marijuana usage and testosterone levels.

However, correlation does not mean causation. In other words, when two things come together, it doesn't necessarily mean that one thing causes the other.

A higher sperm concentration may be seen during the times when a man smokes weed regularly, but more research is required to prove whether marijuana indeed had a hand in such changes. In any case, the available studies are inconsistent.

Perhaps, it would help to observe how you feel overall when you smoke. That way, it would be easier to figure out whether marijuana and testosterone have a good relationship for you, personally.