In this article we will discuss the controversial topic of water and sodium loading. But first, picture the scene: You’re a bodybuilder, you’ve been training and dieting hard for the last several months, and you are now just one week out from your contest.

Your goal for show day is to turn up looking absolutely ripped to shreds, dry, and full and muscular. The last thing you want is to look bloated, watery, flat, and undefined. That would be a disaster.

That’s the downside to bodybuilding, in that you spend weeks training hard, smashing cardio, and dieting like a mad man, with the goal of looking the best you’ve ever looked for just one night.

If you fail to nail your condition come show day, all those months of hard work will have been in vein.

It may sound harsh, but it’s the nature of the beast.

It’s also why bodybuilders have what is known as ‘peak week’.

When it comes to nailing your condition, sodium and water could be your secret weapons to looking your absolute best on stage in front of the judges.

Here’s a look at how water and sodium could potentially be your secret weapons come show day.

Water and Sodium Loading for Peak Week
What Is Peak Week?
Intra and Extracellular Water
The Science Behind Sodium Intake
What Should You Do Instead?

What Is Peak Week?

Before we begin looking at how sodium could potentially be your secret weapon for perfect condition, we’ll start by looking at what peak week is.

You’ve probably heard it mentioned in the world of bodybuilding on more than one occasion, but is it yet another example of ‘bro-science’ at its finest, or is there any real tried and tested science behind it?

Well, as it turns out peak week can be whatever you want it to be. If you want to use peak week to stuff your face with junk food to see what effect it has on your body, by all means go ahead.

We wouldn’t recommend it, as it almost certainly won’t help you come show day, but hey, it’s your peak week.

Basically, peak week is a term used to describe an experimental 7 days prior to a bodybuilding contest in which bodybuilders try new things to see how they influence their condition.

For example, they may increase carb intakes by x amount of grams and see how they look the next morning.

According to Onsteroids Lab, if they wake up looking dry, ripped, and full, this apparently shows that the increase in carbs is beneficial, so they may try doing the same before competing.

If they look watery, bloated, and flat however, the carbs are a definite no-no.

There’s a lot of talk about water and sodium intakes for peak week, and there is also a great deal of science behind it, which is what we’re going to look at today. 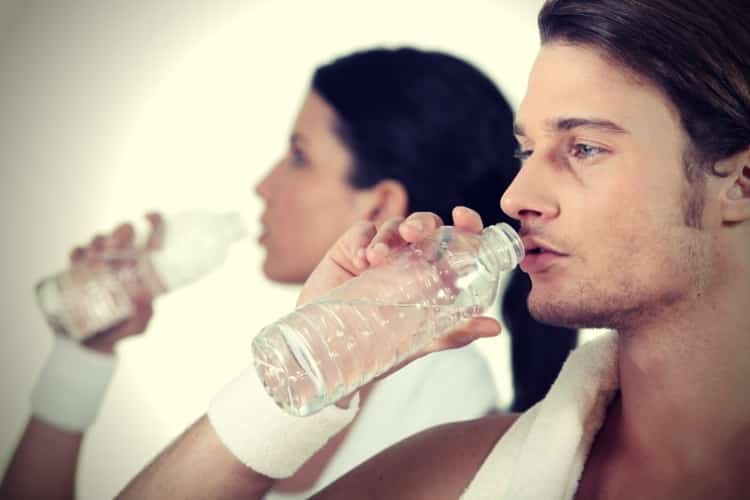 Sodium, or salt to you and I, is one of the most precious commodities in the entire world, and it can either be a bodybuilder’s best friend, or worst enemy, depending on how it is used.

Centuries ago, salt was more precious than gold, and was used as a commodity. The more salt you had, the wealthier you are.

Now it seems that the more salt you have, the better seasoned your food is, but it still has other uses.

Sodium is generally seen as a negative, as too much is frowned upon as it can apparently increase blood pressure and put you at risk of heart attack, stroke, and more.

However, studies have found that, providing the individual in question is healthy and is not already afflicted with a medical condition such as hypertension (high blood pressure) then salt can actually be very beneficial.

But what about bodybuilders? Well, primarily a lot of novice bodybuilders cut out sodium before competing because the theory is that too much sodium causes the body to retain water.

So, simply cutting out water and sodium will mean you retain less water and have onion thin skin and defined muscles, right? Wrong! Sodium is an electrolyte which means it is an ion with a positive charge, that is located just on the outside of a cell.

Now, your body stores water on the interior and exterior of your cells. Water inside the cells is fantastic. It is this water which increases cell volume, improves cell function, and makes your muscles look big and full. Extracellular water is the bad water that can make your muscles look flat and washed out.

Typically, the body retains water in a 70:30 ratio in favour of intracellular water to extracellular.
This balance is very fine, and even the slightest of changes can throw things out of whack.

Taking diuretics indeed causes a loss of water outside the cells, but you also lose water from inside, and that can be a problem.

The Science Behind Sodium Intake

In the past, there have been plenty of bodybuilders that, on contest day, have showed up looking flat, washed out, and not defined.

Needless to say, they did not place, and will have left the show feeling decidedly dejected and hard done by.

After months of chicken and plain rice, the first thing that virtually all bodybuilders do after competing, is head out to a fast food joint, and pig out big time.

Bodybuilders can eat A LOT of junk and after eating so much junk, you’d expect them to look bloated and puffy the next morning when they wake up. They don’t! What actually happens is that they wake up vascular, shredded, and full. If they looked like this 24 hours prior, they probably would have taken 1st place, instead of getting a ‘did not place’.

So what the heck’s going on?

What’s going on is sodium. Fast food is rich in sodium, after all, have you tasted French fries? Carbohydrates weren’t responsible for their muscles filling out, the sodium was.

Bodybuilders try cutting sodium during peak week, as they wrongly believe that it will help them flush water from their bodies. This actually has the exact opposite effect.

Cutting sodium actually causes your kidneys to retain more of it, because it’s an electrolyte needed by the body, so you excrete less and have more circulating around your body.

Studies have found that despite nearly removing all sodium from the diet for several days, sodium concentrations within the body were barely changed.

Another reason for this is that cutting sodium can result in an increase in a hormone known as aldosterone. This hormone functions primarily as a hormone responsible for water retention and the re-absorption of sodium within the body.

Severely restricting sodium intakes results in aldosterone levels virtually doubling, or even tripling if you go with an extreme restriction. This ironically means that you retain more water because you’re retaining more sodium. So, that dry, vascular, and full physique that bodybuilding judges are looking for will be nowhere to be seen.

What Should You Do Instead?

So, we now know that restricting water and sodium intakes will do you no favours come show day, so what can you do instead?

Well, ideally you should try to keep things normal and keep water and sodium intakes the same as you would any other time of the year.

Basically, try to keep things the same, and if you are feeling brave you could even consume a meal fairly high in sodium, fats, and carbs a couple of hours before competing, as there is evidence to suggest that this can enhance fullness and vascularity.