​With all the talk about sustainability and the rising cost of food, it isn’t surprising that there’s growing interest in using insects as a food source, even among the heath-and-fitness crowd. Yes, those who spend so much time and effort planning their meals, counting calories, and working out are now shifting to insect protein powder.

Those who haven’t yet tried insect protein might wonder whether it’s any good. To find out, it’s best to compare the emerging substitute with the current king of protein sources – whey isolates.

An ounce of whey isolate contains 24.7 grams protein. On the other hand, an ounce of crickets, mealworms, or beetles (typical sources of insect protein) provides anywhere between four to eight grams.

Those are actually good numbers. Why? It’s important to note that insect flour is less expensive than whey, especially in parts of the world where bugs are abundant yet milk production remains limited.

Even without taking supply into account, the sheer cost (both financial and environmental) of feeding cows, keeping them healthy, and processing the milk they produce eclipses that of culturing insects.​

Insects might in fact prove to be a great source of dietery protein in the future when the human population will run even higher. But even today though, many people struggle to meet the necessery dietery levels of protein. 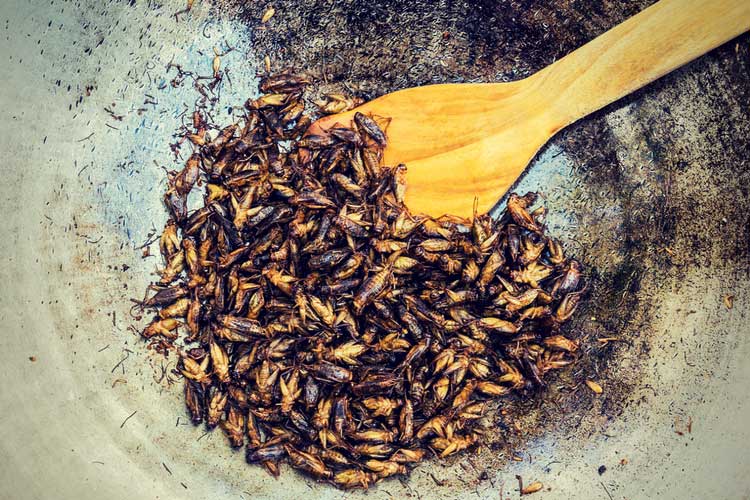 Tackling the Issue of Purity

Fitness fanatics who don’t really care about cost or even sustainability shouldn’t be too quick to pass on insect protein. In a perfect world, it’d be easy to purchase cheap ﻿whey isolates that really contain pure protein.

Unfortunately, most companies that offer whey make it a point to fill their products with additives to maximize their profits, sacrificing the actual amount of protein in the process.

Not to mention those additives commonly found in whey products come with a myriad of downsides, ranging from bloating to hormonal imbalance.

Insect farming firms that specialize in producing insect protein don’t have to rely on such cheap tactics. Since they don’t have problems with the cost of their key ingredients, there’s really no reason to rely on fillers such as xanthan gum and soy lecithin.

What About Cricket Protein?

Did you know that crickets are your best source of protein? Hold on, did you read that right, cricket bugs? Yep. Your eyes aren’t deceiving you. Crickets offer a lot more than any other farm animal. 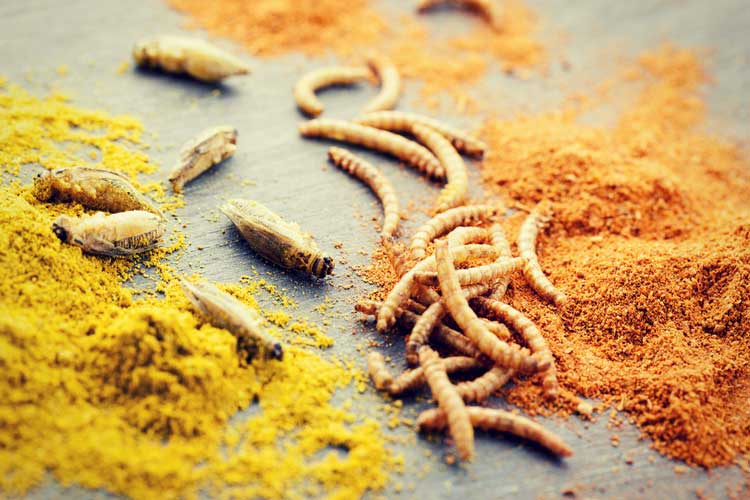 What is Cricket Flour?

Cricket flour is made from… you guessed it, crickets! It’s safe, sustainable, tastes good, and Paleo-friendly.

Why is cricket protein the more practical choice?

How Can You Get Over Eating Bugs?

But, they’re still crickets. How can you possibly get over the thought that you’re going to eat them? If you like shrimp, lobster, crawfish, or crabs, then you shouldn’t worry too much about eating crickets. They are from the same family, and frankly, they all taste really good. Besides, you won’t even see them whole as they’ll be churned into cricket powder.

Many have found that there are a lot of things that can be done when you buy cricket flour — such as making cricket cookies and bread.

​So if you’re looking for a good way to fill your cricket protein needs in a simple but tasty way, protein bars are your best bet. One good example is the EXO Protein Bar.

What’s in an EXO bar?

Each 60-gram EXO bar provides you with:

Does it only come in Cricket Flavor?

Absolutely not! It comes in five awesome flavors that’s just too difficult to choose from. They are:

Each bar is made so well that it has a creamy texture; you won’t even realize it’s made from cricket flour unless you read the label. Full of nutrition, these bars are so sinfully good, it’s hard to believe it’s healthy.

You will never get tired of these and they offer a great way to get that extra protein in for maximum gains. No need to just reserve it for your workout days, you can have one for a guilt-free dessert. And if you’re pressed for time, you can grab a bar to make sure you have all your nutritional needs even when you’re on the go.

The guys from EXO made sure that their products will remain nutrient-dense and paleo-friendly despite having flavors incorporated. With a 3-Michelin-star chef designing each of these flavors, your dietary needs are in great hands.​

Give Insect Protein Powder a Chance

At this point, it should already be clear that insect protein isn’t a mere substitute – it could very well be the superior choice in terms of nutrition, cost, sustainability, and purity. Exo Protein Bars are the best way of introducing your taste buds to this amazing new protein source.

So, those who haven’t tried it yet and have the opportunity to do so should do the only logical thing – to give bugs a chance to be part of their lifelong quest for health and fitness.