Fingerroot is an Asian herb that is known by many names. Some of them include Chinese ginger, lesser ginger, lesser galangal, tropical crocus, temukunci, resurrection lily, and others.

Fingerroot has been used in traditional medicine for many common aches and pains. Now, modern studies suggest there's more to this herb.

In this short guide we'll explore the potential benefits of fingerroot for men, its pros and cons, and how you can benefit from its use.

Fingerroot belongs to the ginger family. It is thick and aromatic like ginger, turmeric, and galangal.

Note that it's both a medicinal and a culinary herb. We will include a brief overview of both uses of fingerroot in this guide!

By the way, the shape of the herb's roots resembles a hand with the fingers extended, and that's where its common name comes from.

This herb is native to Asia. You can find it in countries like China, Malaysia, and Thailand, Sri Lanka, Myanmar, Vietnam, Combodia, Indonesia, and India.

Fingerroot has a lot of medicinal value. For instance, it offers anti-ulcer, antioxidant, anti-inflammatory, anticancer, antibacterial, and anti-allergic benefits.

Locals from different countries use fingerroot extracts to clean minor wounds and promote healing. Local Asian men also use it as an aphrodisiac.

Fingerroot is extremely rich in nutrients. For example, it contains a lot of essential vitamins like vitamin C and other antioxidants. It's also a good source of minerals like iron, potassium, and sodium.

Last but not least, fingerroot contains a wide range of essential oils and flavonoids, each with its own potential benefits.

Fingerroot as an Aphrodisiac

According to studies, fingerroot is believed to have aphrodisiac properties.

For instance, it has been found to contain boesenbergin, along with other phytochemicals such as phenolic compounds, pinostrobin, flavonoids, panduratin, and krachaizin. Many of them seem to have aphrodisiac effects.

Studies suggest that the extracts from this herb may help with erectile dysfunction. 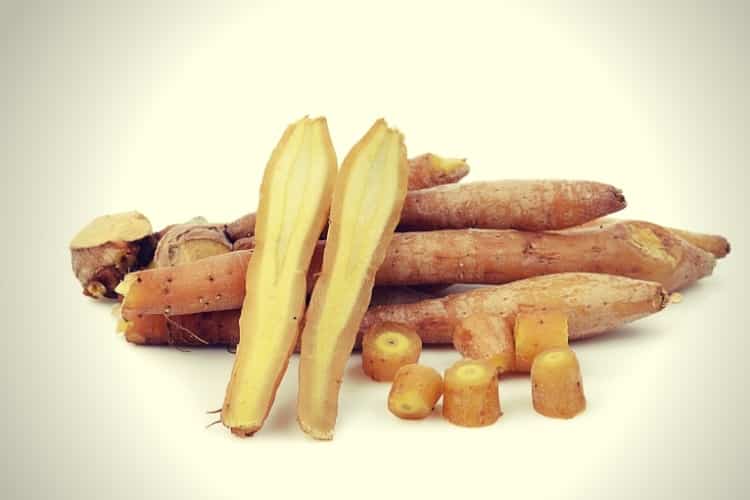 As stated earlier, fingerroot has a lot medicinal uses. Medical studies suggest that this herb has aphrodisiac properties and may increase the quality and quantity of sperm.

In traditional medicine, it has been used for the following purposes:

Let's take a closer look at the most exciting medical uses of fingerroot.

Escherichia coli is a kind of foodborne bacteria. If you happen to consume food infested with this bacterium, you may end up getting really ill. E. coli infections can even be fatal in worst case scenarios.

Most E. coli strains present in the human gut are harmless. However, there are strains that can be really dangerous.

These deadly strains can be found in meat and veggies and may even cause outbreaks. People with compromised immune systems and younger children are most susceptible to the threat.

E. coli can cause meningitis, pneumonia, and urinary tract infections. It can also be life-threatening for infants.

In tropical countries it's not uncommon for E. coli to thrive in the local hot and humid climate. The good news is that fingerroot counteracts the E. coli pathogen, which is why it is used as a local folk cure.

Fingerroot can be used as a diuretic, especially when combined with anise. In other words, it stimulates the production of urine.

3. May Enlarge the Testicles

Fingerroot has a lot of potential benefits for sexual performance. For example, it seems fingerroot may enlarge the testicles, promote erectile function, boost libido, and improve sperm quality.

In one study, it has been observed that the extracts of this herb protect testicular tissue. This is the way it helps to enhance the quality of sperm in men.

In another study, it has been suggested that fingerroot extract may increase testicle size. It is also further suggested in this same study that apart from the increased testicular size and weight, it also promotes better sperm production.

4. Prevents the Spread of H. Pylori

Helicobacter pylori is a nasty bacteria that can cause a lot of discomfort and pain. It can cause peptic ulcers, gastritis, dyspepsia, and in worst cases it contributes to the development of colon cancer.

The oil and other extracts from fingerroot have been shown to prevent the spread and growth of H. pylori bacteria.

The flavonoid components of this herb are being used in the production of medication that combats H. pylori infection.

5. Speeds Up the Healing Wounds

Some of the active compounds in fingerroot seem to boost the healing of wounds. The best part? Besides speeding up regeneration, they also reduce scarring.

6. May Help in the Treatment of Leukemia and Other Cancers

Fingerroot extracts are also rich in flavonoid derivatives that inhibit the growth of leukemia and other cancer cells. Some of the most promising compounds include: 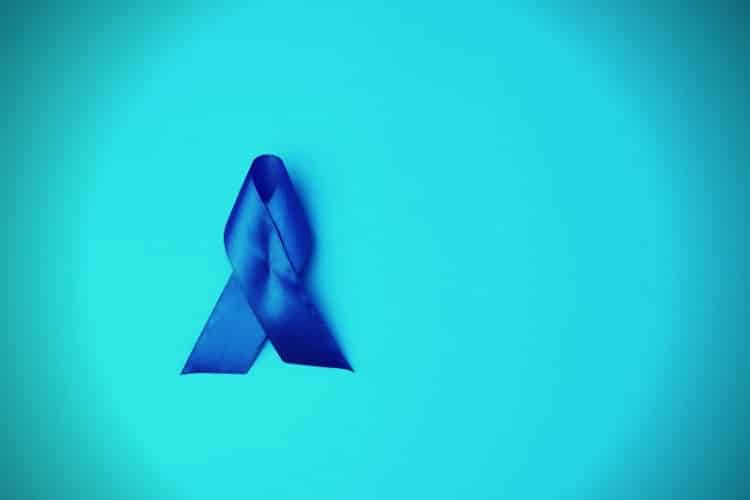 7. May Prevent Breast and Colon Cancer

Both breast cancer and colon cancer are two of the leading causes of cancer deaths in the world right now. Lung cancer is the most common type of cancer, according to the World Health Organization.

Although there are no conclusive studies that fingerroot can actually heal these cancers, it is one of the herbal sources that researchers are considering as a potential alternative treatment. Another herb under consideration is bitter ginger (Zingiber aromaticum).

Obesity is another global health problem.

What's even worse is that obesity often comes along with a wide range of other health conditions such as heart and liver issues.

It's suggested that fingerroot extracts may help to improve the body’s lipid profiles and thus reduce obesity. However, more studies are needed to assess the long-term effectiveness and safety of this natural remedy.

Chinese ginger is also a rich source of capsaicin. Studies suggest that capsaicin may have powerful medicinal effects that may help with obesity by boosting metabolism and energy expenditure.

9. May Help in Treating Ulcers

In countries like Indonesia and Thailand, Chinese ginger is used as an alternative treatment for ulcers. The methanolic extracts of this herb have cytoprotective effects, meaning they protect the cells and help ulcers heal more effectively.

This herb also has Pinostrobin, an antioxidant that can help reduce the oxidative stress and free radical damage to the ulcerated tissue.

Since fingerroot has a very strong action against bacteria, it follows that it may work well against oral bacteria that cause tooth decay.

Extracts from this herb have been shown to be effective against Lactobacillus and Streptococcus mutans, two major causes of tooth decay. The extracts are bactericidal and may be used as part of mouthwash formula.

11. Prevents Inflammation of the Small Intestines

Gardiasis is an infectious disease caused by Giardia lamblia, a parasitic microorganism. When the gastrointestinal tract is infected by this germ, persistent inflammation takes place.

This intestinal inflammation triggers diarrhea and causes nutrient deficiencies. Gardiasis may cause chronic diarrhea especially in people with compromised immune systems, such as HIV patients.

Chinese ginger can inhibit and prevent the activity of Giardia lamblia, thereby reducing the inflammation of the small intestines.

Amebiasis is caused by Entamoeba histolytica, a type of amoeba that can infect the gastrointestinal tract. Chloroform extracts from Chinese ginger are currently used to reduce the growth of this nasty amoeba in the stomach.

Experts suggest that fingerroot has strong inhibitory action against several kinds of pathogenic bacteria. These are the bacteria that cause diseases in both plants and animals—including humans. 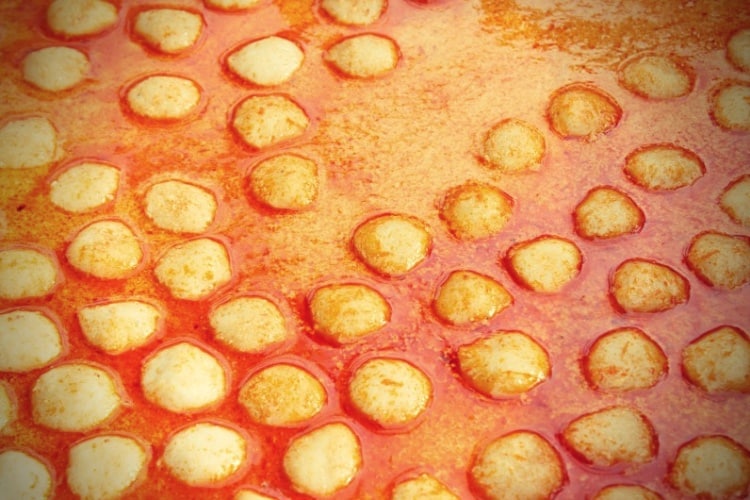 As stated earlier, fingerroot is an aromatic herb. This means it has a lot of culinary applications too, not just healing properties!

Here are some of the uses of this herb in Asian and other cuisines:

In Balinese and Javanese cuisines, you will find this herb in pretty much every paste, soup, and sauce. In Thai cuisine, locals use it as part of seafood dishes like fish curry, locally known as Kaeng tai pla.

If you’re curious as to the flavor of fingerroot, it has the warm sweetness of regular ginger but it comes with a slight bitterness to the taste. It also tastes a bit like galangal but with a lot milder flavor.

Precautions and Side Effects

Even though this herb has a lot of uses and potential medicinal value, it should also be pointed out that there are also side-effects associated with its use.

Here are the most commonly reported side effects after using this herb.

Fingerroot is a valuable herb that has a lot of potential. Apart from its medicinal value, men may benefit from its libido and fertility-enhancing effects.

However, if you’re worried about the potential side-effects or if you are allergic to fingerroot, then you can try an alternative: black ginger.

Black Ginger is a close relative of Chinese ginger that also has the same aphrodisiac effects. Using it is also a natural approach to improving blood flow, which can help with a lot of conditions including erectile dysfunction.