Are you interested in Pycnogenol benefits? If you’re looking to slow the aging process or maintain the overall health of your skin, or maybe find a solution to erectile dysfunction?

Pycnogenol may be able to provide you with these health benefits. Note that it doesn’t only help issues that haunt men it also contains compounds that may also benefit women as well.

This product contains plenty of OPCs or oligomeric proanthocyanin compounds, which is why a lot of experts sometimes call it as a super-antioxidant.

This antioxidant is also sold in supplement form designed to improve the circulatory system. One of the ways it does that is by increasing the body’s nitric oxide levels.

Pycnogenol is the trade name or registered trademark of a product derived from French maritime pine bark. It is known by many other names such as pine bark, maritime bark extract, Pinus pinaster (its scientific name), Leucoanthocyanidins, and others.

The active ingredients from its extracts are similar to those that can be derived from witch hazel bark, tea, cocoa, grape seed, apples, wine, nuts, and peanut skin.

It is a good source of antioxidants like proanthocyanidins—and it is also referred to as an antioxidant. This is the reason why it is also marketed as a health product for diabetes, tinnitus, menopause, chronic venous insufficiency, inflammation, hypertension, and erectile dysfunction.

There are many health benefits that can be derived from this product. They include the following:

ThesePycnogenol benefits are supported by clinical studies. However, do take note that more research is necessary to fully understand how it works.

According to one study, supplementing with this product may improve the function of the endothelium, which in turn improves blood circulation. The endothelium is a membrane that lines the heart.

2. Reduces Swelling in the Veins

Chronic venous insufficiency causes swelling and pain for postmenopausal women. This is a condition where the veins are unable to return the blood sufficiently coming from the legs going to the heart.

Along with improved blood circulation, supplementing with this product has been found to be able to reduce swelling and provide pain relief. 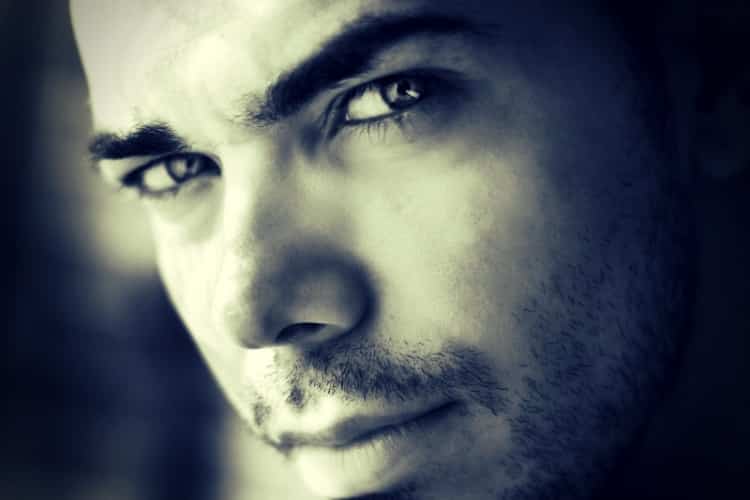 Dry skin is one of the symptoms experienced by postmenstrual women. Studies suggest that this antioxidant not only improves skin hydration in older women, it can also increase its elasticity as well.

In another medical study, researchers observed that this antioxidant can reduce the numbers of free radicals in the body. Among other things, this process improves skin cell replication and regeneration.

Some of the other ways that pine bark extract can benefit skin health include the following:

Supplementing with this antioxidant also helps in the production of hyaluronic acid and collagen. These two compounds help improve skin elasticity and aids in natural skin hydration.

These were the findings in a 2012 study that involved postmenopausal women as test subjects. After supplementation, it was observed that their skin became a lot more hydrated than before they started taking this extract.

Children with symptoms of ADHD may also benefit from supplementing with this antioxidant product. One study shows that children with ADHD symptoms who took these supplements for four weeks experienced a reduction in hyperactivity.

Other benefits that were observed include increased concentration, better visual and motor skills, and improved attention spans. However, do take note that researchers also observed that long-term treatment and supplementation may be necessary because the benefits fade after children stop taking pine bark extract supplements.

One of the interesting Pycnogenol benefits is that it can help lower blood glucose levels. Estimates back in 2018 show that around 10.5% of the American population had diabetes.

That is about 34.2 million people. 7.3 of that number remain undiagnosed.

Lowering blood sugar levels isn’t the only potential benefit that you can get from using this antioxidant. Studies show that these extracts may also help treat diabetic retinopathy.

Diabetic retinopathy is a type of vision problem that people experience during the early stages of diabetes. It is also one of the leading causes of blindness in diabetics.

One study suggests that using pine bark extract may help inhibit the swelling in the retina. 75% of study participants experienced vision improvement after supplementing with this antioxidant.

Note however, that despite its potential benefit for diabetes, using this product as part of treatment is still not recommended without proper advice from a medical professional. It may interact with medications that you are taking so check with your doctor first.

Those who have suffered from traumatic brain injury may benefit from supplementation with pine bark extract. According to one study, this extract may reduce the damage to brain cells.

This benefit for patients with head trauma is due to its property which reduces oxidative stress. 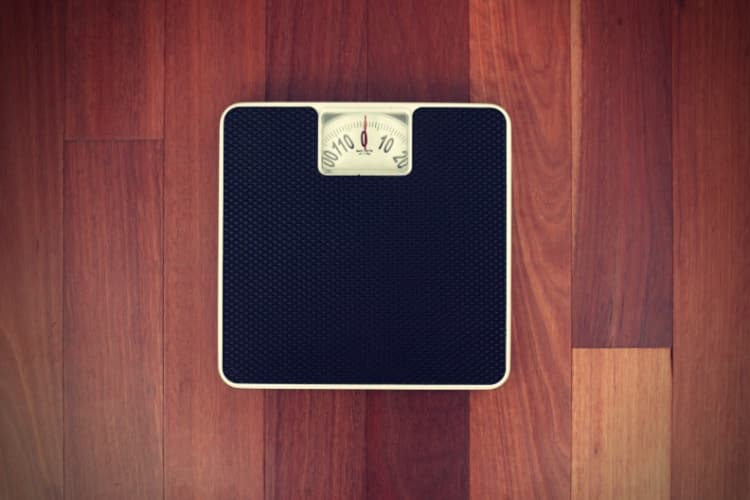 7. Supportive Treatment for People with Obesity

Even though Pycnogenol can’t make you lose weight, it has other benefits for obese people such as lower triglyceride levels, waist size reduction, and an increase of good cholesterol (HDL).This effect comes after 3 to 6 months supplementation with this extract.

Tinnitus is a condition that is characterized by a continuous ringing sound in the ear. It can be triggered by several factors, which includes hypertension or even hypotension.

It can also be caused by disorders in the circulatory system.

According to one study, taking this bark extract supplement can remove away tinnitus symptoms. In fact, 87% of participants of the said study became completely asymptomatic after taking supplementing for 3 to 6 months.

Experts also suggest that Pycnogenol can improve blood flow to the cochlea. It is that part of the inner ear where the hearing process takes place.

Studies also suggest that pine bark extract may be used as part of the treatment for diseases related to metabolic syndrome. These disorders include hypertension, diabetes, and obesity.

We have already covered the Pycnogenol benefits for diabetes. Some of the potential benefits that can be gained from this extract include:

Experts believe that the anti-inflammatory and antioxidant properties of this medication are the key to its potential for treating metabolic syndrome. 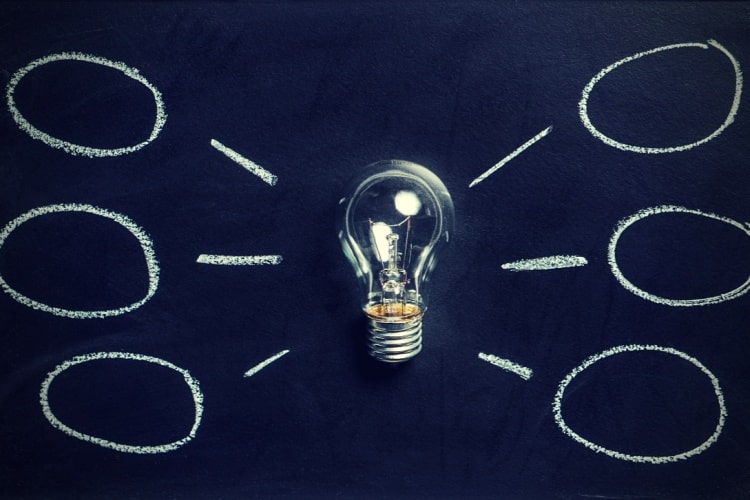 Improved cognitive health is another one of the Pycnogenol benefits. According to a study conducted in Australia, elderly individuals who took this antioxidant showed improvement in several cognitive variables.

These include their performance in episodic memory, working memory, attention span, and psychomotor performance.

There are some small studies that suggest that pine bark extractmay help with erectile dysfunction. The interest in this potential benefit lies in the fact that it can help boost blood flow and also its impact on nitric oxide levels.

Take note that in these studies, this antioxidant was combined with other substances such as L-arginine, which may also help improve the quality of erections.

The results look promising however, further research is still needed. In one study, 92.5% of test subjects experienced an improvement in the quality of erections after supplementing with pine bark extract.

If you’re not taking other blood thinners but you’re going under the knife soon, it’s also best to refrain from supplementing with maral root. And if you’ve been taking it for quite some time, you’ll have to inform your doctor about it so as to avoid unwanted surprises during surgery.

You shouldn’t underestimate allergy risks as well, so it’s necessary to take a minimal amount at first. Lastly, due to the herbaceous plant’s anti-depressive and immune-boosting effects, it might be ideal not to take it with medications that serve the same purpose.

One of the Pycnogenol benefits is that it can reduce levels of oxidative stress and increase the activity of antioxidants. This particular benefit may help with a lot of related medical conditions such as cancer and ADHD among others.

We already mentioned the potential Pycnogenol benefits for menopausal women especially when it comes to the treatment of its symptoms. One of these prevalent and mot uncomfortable symptoms is hot flashes.

According to one study, supplementing with pine bark extract may help reduce the occurrence and severity of hot flashes in post-menopausal women. Another study, this one from Japan was able to confirm this health benefit.

Precautions and Side Effects

Side effects aren’t frequent where Pycnogenol use is concerned. However, that doesn’t discount the possibility that there will be people who will experience any side effects.

It is always safe to assume that every drug or supplement will have side effects and interactions. That is why you should consult with your doctor first before supplementing with it especially if you have preexisting medical conditions.

If you haven’t tried this tree bark extract before, then best practice tells us that you should start with small to moderate doses first. This will help to determine its effects in your particular case.

Here are some of the reported side effects from some users of this product:

Even though this product is considered safe by most doctors, it is still not recommended for the following people:

It is true that people can take advantage of Pycnogenol benefits, such asa potential solution for erectile dysfunction. However, it also poses certain risks, which is why you should get professional medical advice before using this product.

Pycnogenol Benefits for Men: Everything You Need to Know