What blocks DHT? When people ask that, the first thing that usually comes to mind is Finasteride.

It’s one of the most popular modern remedies to treat receding hairlines. The downside? Finasteride is a synthetic DHT blocker, and it has its side effects.

Many men are looking for natural alternatives, and that's the focus of this short guide. Today, we will cover all the most effective options to help you find a natural (and effective) DHT blocker without nasty downsides.

What is DHT and What Are Its Functions?

Dihydrotestosterone (DHT) is a type of androgen, a male sex hormone. DHT is naturally produced in the human body and is primarily responsible for forming the physical characteristics we typically see in males.

Sounds good, right? So why would anyone want to block DHT?

That's why there are so many clinical studies that focus on what blocks DHT in the scalp. Also, keep in mind DHT affects not only men, but women too.

Studies estimate that up to 50% of men will experience male-pattern hair loss due to overproduction of DHT by the age of 50.

Remember that DHT isn't essentially a bad hormone. In fact, as an androgen it's responsible for producing the characteristic male traits in the body.

In all fairness, DHT is crucial for male health. What researchers are interested in is blocking the excess of this hormone that happens to men and women later in life.

In the next section we will go over what blocks DHT naturally. Here's a quick overview of what we added to our list: 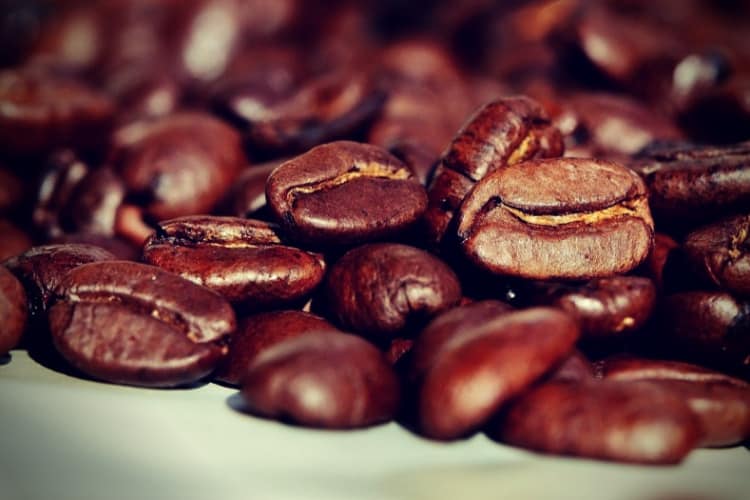 There is some research that suggests coffee may be effective promoting hair growth and combating male-pattern hair loss. Some experts believe this is because caffeine can effectively block DHT.

Researchers performed studies that go all the way back to the 2000s where caffeine is combined with other substances. The goal is to find effective treatments for male-pattern hair loss (known as androgenetic alopecia, AGA).

Some of these researchers strongly suggest that treatments with caffeine in their formula are very effective.

Remember that caffeine also has anti-inflammatory effects, and quite a few other health benefits:

Saw palmetto is one of the most popular herbs when it comes to treating hair loss. Its extracts also help improve overall hair health.

The active compounds in saw palmetto block the enzyme in the human body that converts testosterone into DHT, 5-alpha-reductase (5-AR). This effect helps to increase hair density by dialing down the effect of DHT on the hair.

Here are some of its other health benefits:

You can use rosemary oil as a form of topical treatment to block DHT. It directly blocks the action of DHT on the scalp by preventing it from attaching to its receptors in the skin.

Animal studies show that this oil can block up to 94.6% of DHT when applied to the scalp. It's also suggested that this oil may help stimulate hair growth.

Here are the other health benefits of rosemary oil:

Soy is a popular food source for a lot of reasons. On top of that, it contains several natural DHT blockers, which include:

This makes soy one of the most potent DHT blockers on this list.

Keep in mind, though, that soy is rich in phytoestrogens—plant-based mimics of the female sex hormones estrogens. Sure, studies have confirmed that soy is safe for healthy men, meaning it doesn't affect their hormone levels if those are in good balance.

However, men with hormonal imbalance might want to limit their soy intake just in case. 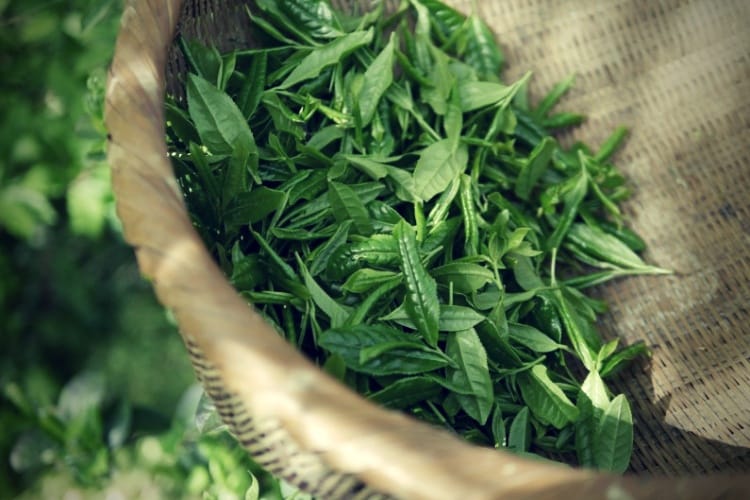 There is a whole lot of health benefits associated with green tea. It is packed with plenty of nutrients, vitamins, and minerals that are good for the body.

Green tea is a great source of catechins, a kind of water soluble polyphenol. Catechins help to protect the brain, heart, and other organs.

Another polyphenol found in green tea is EGCG, which can effectively block DHT.

Here are the other health benefits that you can get from green tea:

Stinging nettle is another herb that's popular in traditional medicine. Studies suggest that it may help reduce prostate size. It also has anti-inflammatory effects and it may help improve one’s urinary flow.

If you’re looking for what blocks DHT naturally that you can use as a topical solution, then tea tree oil may be a good option. Studies show that it can effectively block DHT.

Apart from that, tea tree oil also has a lot of other health benefits, which include the following:

Ecklonia cava is an alga that grows in the ocean around Korea and Japan. It's rich in antioxidants and anti-inflammatory compounds.

Ecklonia is a popular ingredient in these countries for making different kinds of soup. It's also used in traditional medicine as a local folk remedy.

Studies suggest that Ecklonia cava extracts can block up to 61.5% of DHT in the scalp. It can be used as a topical solution that can be applied on the scalp.

Flaxseeds are rich in lignans and omega-3 fatty acids. You can add it to your recipes to enjoy its DHT blocking properties and also to help enhance hair growth.

Here are some of its other health benefits: 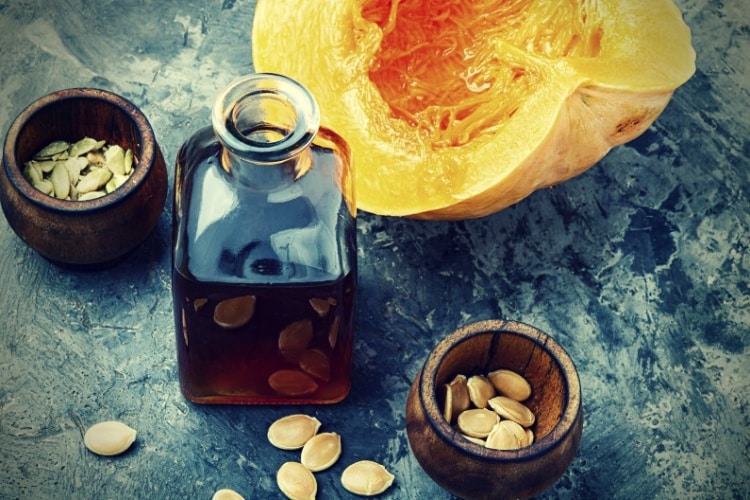 Pumpkin seed oil is another great natural option if you’re interested in treating male pattern baldness. You can apply it topically or just add it to your favorite recipes.

Also, pumpkin seed oil can gently cleanse the skin. It's rich in minerals, fatty acids, and antioxidants that are essential for hair care.

In one study, it has been shown that using pumpkin seed oil may improve hair growth by 44.1%.

Lavender oil is another potential topical solution when you’re looking for what blocks DHT naturally. It is also has a lot of other potential health benefits.

According to one study, lavender oil may provide the following health benefits for hair growth:

Pygeum is a botanical extract from the African cherry tree (Prunus africana) and it's used to help with urinary problems that are caused by prostate enlargement. It also has anti-androgenic properties.

Black pepper, just like turmeric, contains piperine, which is responsible for its pungent smell. Piperine is the active compound in both herbs.

Piperine has anti-inflammatory properties and can help with poor digestion, headaches, and nausea. It has also been shown to inhibit certain types of androgens thus working as an effective DHT blocker.

The other health benefits that can be gained from black pepper include:

Both rosemary oil is used as an alternative remedy to treat hair loss.

And it’s not just the oil that can help; rosemary extracts also contain the same compounds that block DHT. The extracts have been seen to block up to 94.6% of DHT.

15. Sesame Seeds and Its Oil

Sesame seeds and sesame seed oil are common in many kitchens around the world. Maybe you have them in your pantry too?

You can top your favorite dishes with sesame seeds and get that distinct nutty flavor. You can even use it in lieu of the oil you’re already using in your kitchen.

Sesame seed and its oil are rich in essential fatty acids.

Studies show that sesame seeds are a rich source of lignans. Lignans are effective at reducing DHT levels by tweaking testosterone transformation into DHT.

Lycopene is a pigment and also an antioxidant. It's one of those compounds that are responsible for giving fruits their bright colors.

Since it is an antioxidant, it protects the cells from damage caused by free radicals. Lycopene modulates the IGF which in turn controls DHT production.

Apart from blocking DHT, lycopene also supports prostate health. Here are some of the other health benefits from lycopene:

Most of us think of tomatoes when we talk about lycopene. But there are other rich sources as well like watermelon, apricots, and grapefruit.

Grapeseed and its oil is another rich source of DHT blockers. It also contains vitamin E and other antioxidants that can help improve hair growth. 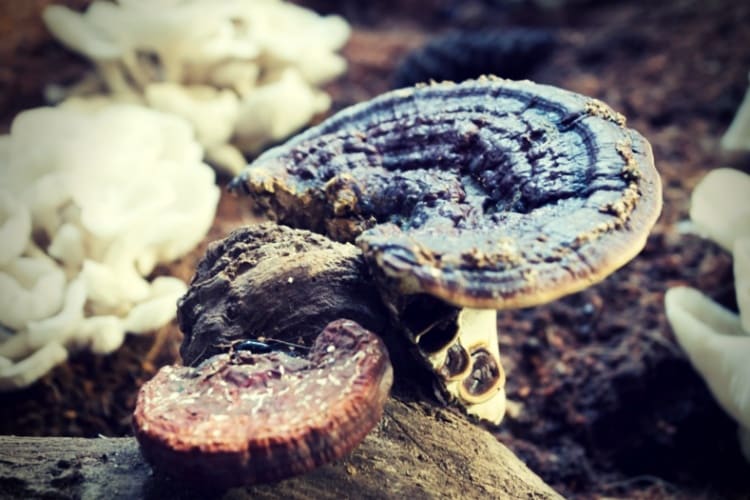 Reishi mushrooms are relatively new when it comes to hair growth and hair loss treatments. Studies suggest that it is also an effective DHT blocker, better than other mushrooms that were tested.

Studies suggest that fenugreek extracts can inhibit 5-alpha reductase enzymes. By doing so it increases testosterone levels in the body.

The effect of course is the increase in hair growth and also the inhibition of DHT production. Here are the other health benefits that you may get from fenugreek extracts:

Licorice is also known as sweet root, and it is often used as a sweetener—mostly for beverages and candies. However, it is also used in folk medicine to treat a variety of aches and pains.

Licorice root extracts have been found to have phytoestrogenic properties, which can somewhat balance DHT action.

Apart from that, it also has a number of health benefits, such as:

Gingko biloba is another common herb when people talk about herbal supplements. Studies show that its extracts may reduce hair loss and improve hair growth.

It can help improve blood circulation in the scalp and thus help hair follicles get the nutrients they need.

Here are the other health benefits that you can get from gingko biloba:

What blocks DHT? The herbs and other food sources mentioned above should provide ample answers to that question—choose the one that best suits your dietary and hair growth needs.