As of late, there seems to be a lot of talk about alternate-day fasting or intermittent fasting. Testosterone, more specifically the popular eating pattern’s effects on it, has become quite a hot topic as well.

What exactly is intermittent fasting though? Well, it’s essentially an eating pattern or cycle in which you’ll have to switch between periods of eating and fasting—yes, it’s really that straightforward (there’s no need to pay too much attention to your meal’s composition).

Usually, however, the fasting days are longer than the eating days, and this is set for a definite period which is ideal for a diet. What really makes it special, is that it tells you when to eat your food rather than what foods you should eat.

Intermittent fasting is currently being practiced by fitness enthusiasts all around the world, specifically for weight loss. It’s known as an effective way of achieving the ideal physique that everyone aims for.

It’s not just about weight though—men can rely on it as a natural way to increase testosterone levels. Of course, it comes with other noteworthy benefits that affect not just the male hormone, but also your overall health.

Intermittent fasting doesn’t change what you eat, it actually changes when you eat. It is also not a diet, it is a pattern of eating.

A study claims that in healthy non-obese men, fasting can lead to a 67 percent increase in luteinizing hormone (LH) levels. Because LH is a precursor of testosterone, getting more of the former leads to an abundance of the latter.

How much would that increase be? Well, as also discovered in the same study, increasing LH can result in a noticeable male hormone boost—testosterone levels could rise by up to 180 percent.

A 24-hour fasting period (specifically through intermittent fasting) can stimulate the production of growth hormone, increasing its levels by 2,000 percent. Know that there’s a correlation between human growth hormone and testosterone levels.

Also, with elevated growth hormone and testosterone levels, you’ll get increased training capacity and accelerated protein synthesis. This makes it easier for you to build muscle mass, giving you a ripped look even as you lose weight.

Leptin enables hunger, and hunger is one hurdle you’ll have to deal with as soon as you get started with this eating pattern. Plasma leptin levels reflect total adipose mass, which represents the stored energy in your body.

Intermittent fasting helps regulate leptin levels. When it does its job by regulating leptin, you feel less hungry than usual—and without a doubt, this will help you lose excess body fat in the long run.

Blood glucose levels can be significantly reduced just by going through a three-hour fasting session. By the way, physical activity and drinking liquor such as beer and wine are considered factors that can influence your blood sugar levels.

The eating pattern doesn’t simply slim you down by limiting your calorie intake. It also hastens the entire weight loss process by accelerating your body’s metabolic processes.

A study shows that short-term fasting results in a 3.6 to 14 percent increase in basal metabolic rate. Basal metabolism is crucial because it essentially accounts for 60 to 75 percent of the body’s overall metabolism. 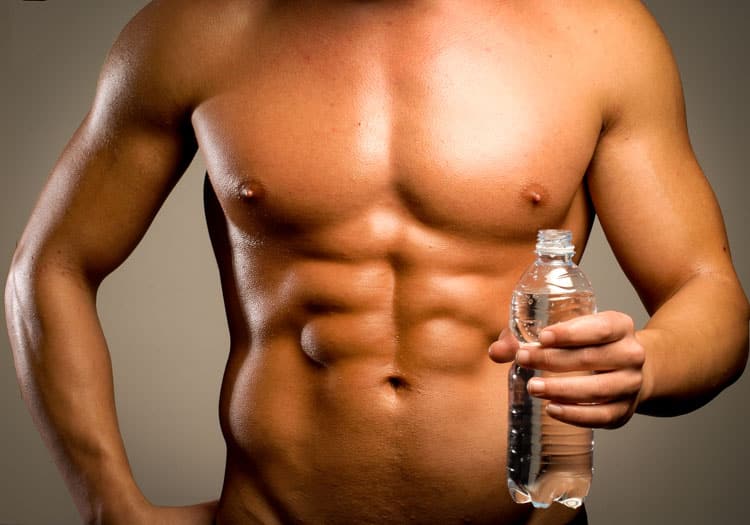 Autophagy helps cleanse the body by recycling unneeded cellular components. Those components can actually have a toxic effect, even when kept in relatively low concentrations.

To get rid of toxins, your body is configured to spend more energy than usual (in the form of adenosine triphosphate or ATP) to function normally. Autophagy is the solution when toxins create "clogs" internally, helping the body to function efficiently.

What’s even more fascinating is that autophagy also works on xenoestrogens—compounds (either natural or synthetic) that act like estrogen. You could say that for men, these xenoestrogens are essentially toxins that need to be flushed out.

Despite how impressive it is, intermittent fasting can still cause certain side effects. Therefore, it’s best to approach this way of life with caution and with the recommendation of a medical professional.

Low energy can be a side effect of IF, particularly when the fasting hours are kept far too long. Yes, there are some people who tried to go on a fast for as long as two days, and many of them ended up suffering because of it (probably as they tried to do high-intensity interval training).

Bloating, constipation, and heartburn can also occur, especially among those with acid indigestion or functional dyspepsia. Simply put, alternate-day fasting is most likely to affect the gastrointestinal tract.

Here is another thing to remember—although following an intermittent fasting plan isn’t like being under the ketogenic diet (it is the one that allows increased saturated fat intake), there is still a need to think about the kinds of food you’ll be eating.

Calorie restriction comes with an increased risk of suffering from nutrient deficiency. As you would expect, your hormonal balance will suffer if you don’t get the right amount and variety of nutrients from the food you eat.

As you have learned, you can lose excess body fat and improve your hormonal health by having alternating periods for eating and fasting.

However, no matter how remarkable this eating pattern is, it is far from perfect—and it is definitely not for everyone.

Once again, we would like to remind you to check with your physician (as well as your dietitian) before engaging in intermittent fasting. Testosterone production and weight gain will be the least of your concerns if you fail to take the necessary precautions.