Clomid is generically known as clomiphene citrate. Clomid for men and women is medication given who are suffering from infertility caused by the body not producing or releasing cells needed for reproduction.

Upon production of these two hormones, a man’s body responds by increasing its sperm and testosterone production, which then improves erectile strength, libido, and mental confidence.

Clomid for Men
When Is It Used?
For Management of Hypogonadism
When Diagnosed With Non-Obstructive Azoospermia
For Spermatogenesis and Testosterone Recovery After Steroid Use
Associated Risks
Blurred Vision
Moodiness
Nausea
Going All Natural

Doctors prescribe clomid or, also known as clomiphene citrate, to those who experience a low sperm count caused by low testosterone levels arising from hypogonadotropic hypogonadism. 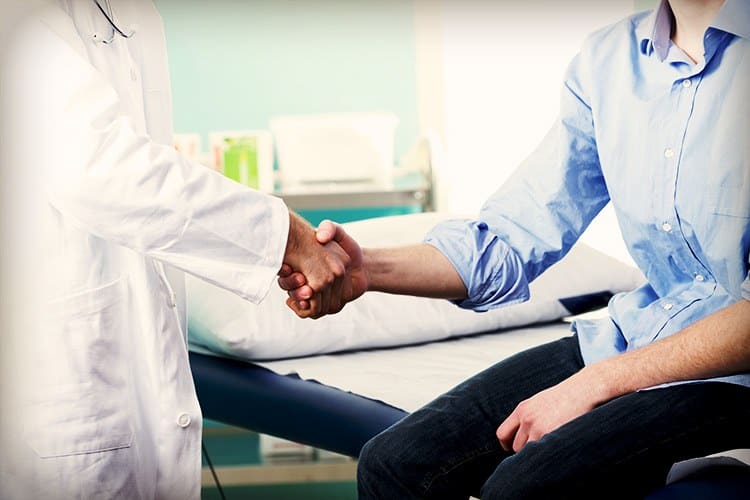 When Is It Used?

For Management of Hypogonadism

Hypogonadotropic hypogonadism, otherwise known as HH, secondary central hypogonadism, and gonadotropin-releasing hormone deficiency, is a condition where in the gonads (testes for men and ovaries for women) do not function optimally.

This leads to insufficient production of gonadotropins, luteinizing hormone (LH) and follicle-stimulating hormone (FSH). With low levels of LH and FSH, the body has difficulty sustaining adequate production levels of its testosterone and producing androgen-binding protein needed for sperm cell maturation.

This condition can either be classified as primary or secondary. Primary HH is due to congenital disorders in the hypothalamus and anterior pituitary while Secondary HH is either due to brain or pituitary tumors, head trauma, ingestion of select drugs, obesity, or certain systemic syndromes and diseases.

However, as it has been found effective, Clomid is also prescribed to alleviate the symptoms of HH even though the one taking it does not have HH. These symptoms include erectile dysfunction, decreased muscle mass, decreased body hair growth, fatigue, difficulty focusing, low libido, and hot flashes.

You can check if you suffer from HH by doing a blood test for Total Testosterone, LH and FSH:

When Diagnosed With Non-Obstructive Azoospermia

Non-obstructive azoospermia is a condition where an individual’s semen has no sperm but there are no blockages to prevent it from ejaculating. This is usually due to a failure of sperm maturation, or spermatogenesis, arising from either intrinsic testicular impairment or low stimulation by gonadotropins.

With Clomid, those with this condition can boost their sperm count or, if unsuccessful, have their immature sperm extracted to be artificially matured.

For Spermatogenesis and Testosterone Recovery After Steroid Use

Anabolic steroids disturb the natural production of the body’s testosterone. This results to insufficient testosterone production when an individual stops using steroids. Clomid has been found to be successful in bringing estrogen and testosterone back to its physiological levels.

Studies have shown that, within four to five months of clomiphene citrate medication, successful cases show significant improvements in seminal patterns while staying cost effective unlike other more expensive options.

However, Clomid is not always successful in bringing back testosterone and estrogen levels back to its normal levels. In these cases, FSH supplementation was seen to be successful.

Unfortunately, as it is often used without guidance by a doctor, those who found little success with its use often continue taking it in the long term. 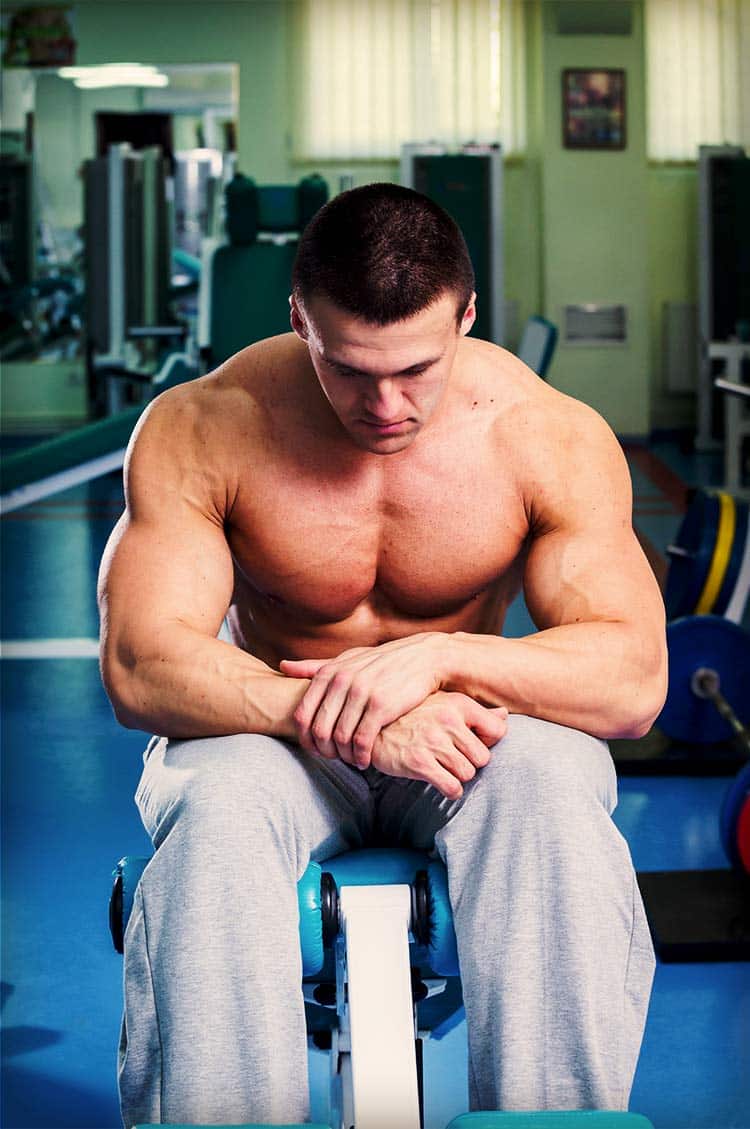 Like any medication, Clomid has its associated risks in the form of adverse effects. Here are some of the more common side effects that one can experience with clomiphene citrate:

Blurred vision is less likely if one is taking Clomid at a very low dose at 12.5 mg to a maximum of 25 mg at three times a week. This is why it is important that the dosage to be taken as prescribed by a qualified health practitioner.

However, do pay attention, as there are cases of blood vessel damage in the eyes due to careless use of clomiphene citrate. This is one side effect that someone using Clomid must watch out for and, when one experiences any form of vision irregularity, it is recommended to contact one’s doctor immediately.

There are different types of associated risks when it comes to clomid for men, but these can be controlled if the dosage is taken as prescribed by a qualified health practitioner.

Although moodiness is often associated with Clomid use among women, this side effect is rarely seen among men who use it. But, when it does manifest in men, it is generally recommended to stop intake.

Nausea is also one of the common side effects of clomiphene citrate use for both men and women. This is quite common for any medication that affects the production of hormones in one’s body. But, if it persists, it is best to get in touch with your doctor about it. 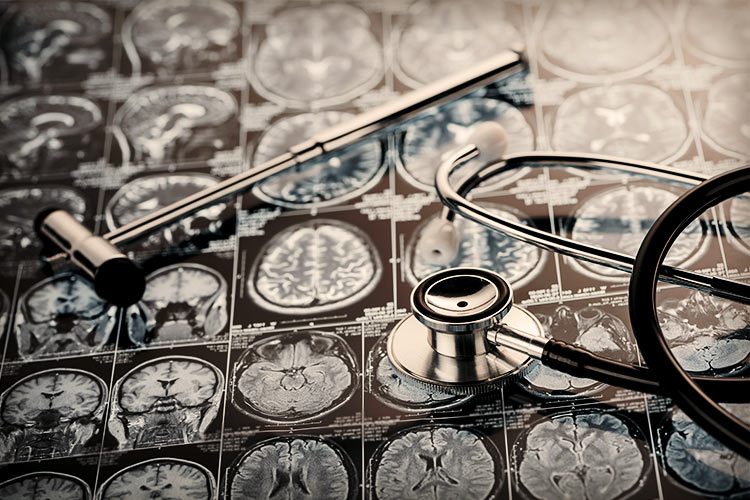 If you’re not too keen with the side effects from a medicine like Clomid, you could opt for forellagic acid, which is a natural SERM. Studies have proven its potential as a good natural source of selective estrogen receptor modulator (SERM).

Aside from its ability to counter estrogen, it has been shown to provide other benefits in cardiovascular health by preventing the buildup of abnormal fat deposits in the arterial walls that can, eventually, lead to coronary artery disease. It also helps in preventing cancer in the colon, prostate, and bladder because of its antioxidant properties.

Another option for a natural alternative for pharmaceutical SERM is Eucheumia Cottonii Seaweed. E. Cottonii Seaweed or Sea Bird’s Nest is marine algae that can be found all over the world with large concentrations in the Pacific Ocean.

It contains trace minerals, vitamins, amino acids, plant growth hormones, and antioxidants. It is a good alternative to tamoxifen citrate, Nolvadex, which is also used off-the-label as an SERM like Clomid.

However, these natural SERM alternatives are only recommended for those who are thinking of taking pharmaceutical SERMs for their post cycle therapy (PCT).

Pharmaceutical SERMs are used off-the-label by individuals when they intend to reduce and to eventually eliminate the use of anabolic steroids. What does off-the-label mean? It means the usage of a prescription drug not intended by the Food and Drug Administration.

Therefore, if you were prescribed with any SERM and have hypogonadism or non-obstructive azoospermia, it is best to follow the doctor’s orders and not explore with substituting it with natural alternatives.

Clomid for Men: How To NOT Cook Your Balls & Actually Increase Fertility

2 thoughts on “Clomid for Men: How To NOT Cook Your Balls & Actually Increase Fertility”