Let’s get straight to the point – giving yourself a testicle massage thrice weekly (at most) should be part of your health routine. Despite being something so simple, it comes with all sorts of perks such as boosting testosterone as well as increasing the ejaculatation volume and sperm count.

While studies regarding testicular massage are still limited, it isn’t hard to understand why the practice brings various perks. Massage itself has been found to enhance blood flow (possibly on par with exercise), enhancing the distribution of oxygen and nutrients to the organs that need them.

Of course, massaging your testicles also comes with a benefit in the context of disease prevention. By doing it regularly, you’ll easily become aware of the presence of lumps or swelling, which could be indicative of testicular cancer – and as with any form of cancer, early detection is vital.

You now know how important it is to get your male genital massage, both in improving your performance in the bedroom and in keeping medical dilemmas at bay. These being said, it’s finally time that you learn the simplest way of doing it – just follow these steps:

Again, while there are perks to be gained from testicular massage, you shouldn’t be too eager that you’d do it on a daily basis. Keep in mind that your balls are still a lot more sensitive than the other parts of your body, and getting them bruised isn’t that unlikely.

Once you’ve gotten used to your new routine, you’ll have the chance to try advanced massage techniques. The first of these is the tapping method, which will require you to first sit on the edge of your bed before warming your hands by rubbing them together.

The next step is to hold your penis upwards with one hand. With that out of the way, you’ll have to use the fingers on your free hand to tap the bottom of your balls (70 taps should suffice) – while a bouncing motion is to be expected, the force should be light enough that you won’t feel any pain.

The other advanced technique is simply called hand rolling. It will also require you to do the usual preparations (sitting on the edge of your bed and warming your palms), and you’ll need to hold your penis upwards with one hand as well.

Instead of tapping your testicles this time around though, you will have to hold them in your palm while gently moving them in a circular motion – doing around 40 for each direction should be more than enough to keep your circulation at an optimal pace. 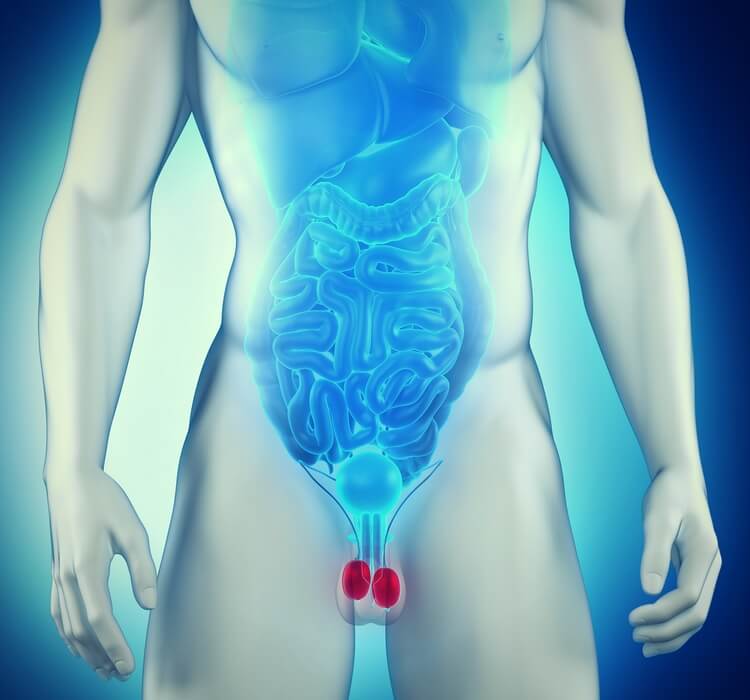 There’s one surefire way of making testicle massage a lot more exciting – getting your partner involved. You could ask her directly and convince her that it’s for your testicle health (though you’re practically asking for a Kaishun massage), or you could try to view the massage as foreplay.

Don’t hesitate to teach her the specifics, and never think twice about telling her if she’s being a bit too forceful with her touches and taps. Once you’ve both mastered the endeavor, you’ll find that it also improves your bond – and not just in bed.

If you’re not seeing someone, there’s always the option of getting your erotogenic zone stimulated by experts at a massage salon. Going this route means you could avail of prostate massage, tantra massage, deep tissue massage, or even the Thai testicle massage.

Hopefully we’ve made it clear enough that you shouldn’t be feeling any pain while massaging your testicles. If you’ve been doing things at the right pressure and you’re still experiencing discomfort though, you’ll have to try the tennis ball technique.

What does it do exactly? Well, it allows you to loosen the muscles near your glutes and tail bone, which is important since those muscles could be pressing on nerves connected to the testicles – thus causing testicle pain that becomes more noticeable with movement.

To do the tennis ball technique, just lie on your back and place the ball below your rear. Look for the tender spot (aka the trigger point) and once you do find it, secure the ball in place and begin moving one of your legs up and down (stop right away if there’s too much discomfort).

Of course, it pays to be vigilant when it comes to testicular pain. If it won’t go away, you would have to visit your preferred health care provider and have yourself checked for any of the following conditions – epididymitis, diabetic neuropathy, prostatitis, and varicocele.

Depending on how things turn out, you might need to undergo additional tests. Again, pain in your testes isn’t a joke and shouldn’t be overlooked for whatever reason – discomfort could be a clue that there’s something wrong with the tunica albuginea or with the seminiferous tubule.

All in all, no matter how odd it might seem at first, getting a testicle massage regularly is something you’ll have to prioritize. If you’re really focused on improving holistically like many other men, how could you even say no to the benefits that such a simple practice can bring.