It’s not always the face or the personality that attracts. It’s that “X factor”- everybody feels its attractive pull but nobody can really put a finger on it. In many cases, what’s responsible for that is called male pheromones.

Pheromones are chemical messengers your body produce, which trigger sattraction. Sure, physical features and personality do cause attraction, but even if you don’t have those, pheromones just might do the trick.

Human pheromones have baffled the scientific community for years. The subject is well studied in animals but not so much in humans. It had even been considered by some as a myth.

But there is substantial evidence which proves that human pheromones do exist and that they play a huge role in attraction. One example is the study carried out by Hummer and McClintock published in 2016.

The results of that study showed that a putative pheromone in humans called androstadienone can cause enough modifications in certain brain areas that can facilitate emotional attraction.

Furthermore, some researchers found that there are many types of pheromones in humans. These are:

Even a minute amount of these airborne chemicals can trigger anattraction. All these work together to increase sexual attractiveness to women.

One study found that a minute amount of androstadienoneis enough to facilitate attraction. Results showed heightened focus and improved mood, which can be considered key attraction triggers. These facilitate sexual response and improve sexual satisfaction.

How Do Pheromones Work?

Pheromone chemical signals are picked up via smell. When these chemicals are inhaled, they trigger the sensitive VNO or vomeronasal organ. This will bring a message to the hypothalamus.

The hypothalamus is the brain area responsible for emotions, as well as sexual and reproductive responses.

In animals, sex pheromones are responsible for mating with the right species. A female pig releases female pheromones through the urine. The scent will be picked up by male pigs, spurring them to seek the female and try to mate.

In humans, it works in a more subtle, almost subconscious manner. The pheromones create an attraction that initiates interaction between humans.

One study found that there is a link between the attractive power of pheromones and testosterone. In this study, women were given different scents from the sweat of different men.

They were asked to rate these scents. Results showed that women were more attracted to the scents of males who are more dominant, the so-called alpha males.

If you're wondering whether or not men can naturally boost their pheromones, know that it's possible. Below we delve into those not-so-known methods. 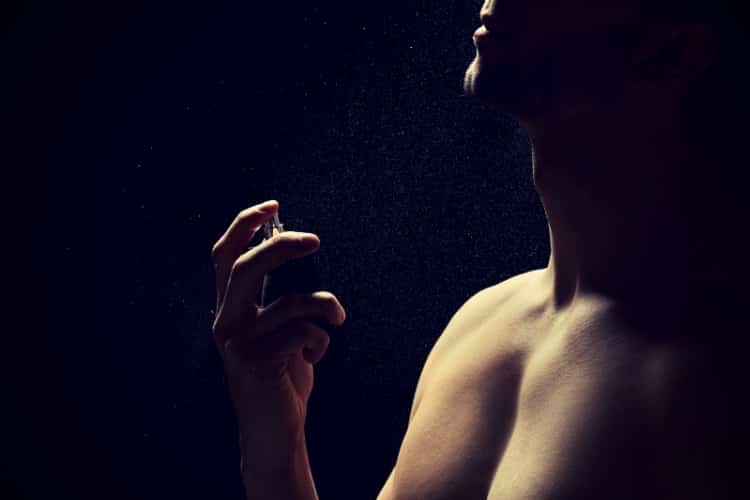 How to Naturally Increase Male Pheromones

There is a growing amount of research that shows humans do have pheromones and that these pheromones influence a man’s attractiveness to women. More pheromones mean the man is more attractive.

How to increase pheromones, then?

There are a few pheromone products that promise to help increase pheromones, such as attraction oil and pheromone perfume. There are also pills and creams.

However, it is difficult to find one that really delivers its promises of increasing natural pheromones or improving sexual performance and satisfaction. There are also side effects that can be really unpleasant.

Naturally raise your testosterone levels with these:

This is an important thing in life that many people take for granted. A good night’s sleep gives the body time to reset, relax, recharge and resume its normal functioning. That includes restoring normal testosterone levels.

Oysters are considered for centuries as a potent aphrodisiac and science found a reason. These mollusks contain large amounts of zinc. In the body, zinc promotes increased production of testosterone. Red meat and poultry, as well as nuts, seeds and other seafood are also excellent sources of zinc.

Talking of food, it is also good to eat foods known to contain androstenone and androstenol. These include parsnips, celery and truffles.

Some essential oils can help increase the potency of a man’s pheromones. Some work by masking all other scents from the man’s body in order to highlight the pheromones.

Some essential oils that can help are:

Attractiveness is a complex process. For decades, scientists did not have a clear idea on what makes a man more attractive to women.

Recent studies found that pheromones and testosterone are a huge part of the equation.

If you want to be more attractive to women, focus on getting your testosterone levels up. There are many ways to do this naturally. Eat right, sleep right and exercise right. All these will make you healthier, look more masculine, and be more attractive.

Male Pheromones: How You Can Increase Your Pheromones and Become More Attractive