​Before we delve into the symptoms of cortisol problems and the importance of having a cortisol test, we must first answer one vital question—why should we care about cortisol?

Weight gain, overwhelming fatigue, difficulty sleeping, and a weakened immune system are just some of the symptoms brought about by adrenal fatigue on your body.

When experienced for an extended period of time, it can cause problems for your physical performance and mental sharpness—meaning it could very well affect your quality of life.

​Despite its effects, there is little attention being brought to its primary cause. This is because the cause of adrenal fatigue, chronic imbalance of cortisol, can be mistaken as general fatigue or any other health problem.

​Without cortisol, they won’t be able to get the energy needed for a temporary boost to get an urgent physical activity, such as exercise, or mental task done. ​

Cortisol is a hormone produced by our adrenal glands. It triggers the cortisol receptors found in abundance on different cells of the body.

When triggered, it helps regulat blood sugar levels and metabolism, reducing inflammation, and facilitating memory formation. It also plays a role in controlling the salt and water balance in cells and in managing blood pressure.

​Cortisol is considered a catabolic hormone because of how it breaks down tissue. It’s opposite to anabolic hormones like testosterone, insulin, and growth hormone.

Because of its effects, it is often seen in a negative light. Add the fact that it is often called the “stress hormone” — it’s no wonder people would want less of this hormone in their body.

But, what people rarely realize is, without cortisol, the body would not be able torespond to stress accordingly.

Without it, the body would not be able to counteract the effects of the sleep hormone melatonin during the day.

​Like any hormone in the body, it serves several necessary functions. And, like in the case of testosterone, the key is to achieve the optimal levels of cortisol while keeping it in balance with the other hormones in the body. 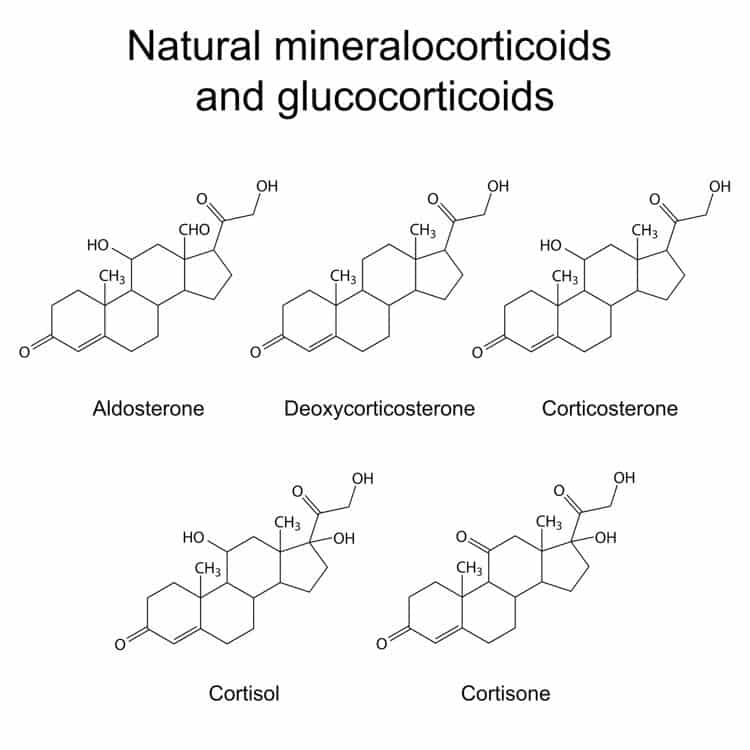 ​How Cortisol Is Regulated

​The hypothalamus monitors the level of cortisol found in your blood. When it senses that it is too low, it prompts the pituitary gland which would then secrete adrenocorticotropic hormone (ACTH).

ACTH would trigger the receptors of the adrenal glands, which would respond by producing cortisol. When the hypothalamus senses that there’s enough blood cortisol, it signals the pituitary gland to lower ACTH secretion.

​What causes the problem arising from cortisol is when stress becomes a lingering state. This throws the body’s stress response into disarray.

Chronic stress can result in constantly high cortisol levels even when the stressor is already absent. This causes the body to stay in a high alert state which can damage various organs.

​Some symptoms of excessive cortisol production include:

(Although not really common, elevated cortisol levels may also be due to the presence of an ACTH-producing tumor.)

Chronic stress can result in constantly high cortisol levels even when the stressor is already absent.

Unfortunately, these said symptoms are also the same for those who have abnormally low and/or unresponsive cortisol release (such as in the case of adrenal insufficiency, which usually requires an ACTH stimulation test to diagnose).

Although these are just symptoms of adrenal fatigue, they can still be dangerous to your health in the long term. This is why, when experiencing such symptoms at an extended period, it’s best to have your cortisol levels tested.

​The Problem With Detecting Adrenal Problems

​Again, the symptoms of adrenal problems can be quite vague. It would be difficult to see food cravings as something of a problem.

​And, if you’re experiencing mood swings and the other more concrete symptoms, it could be difficult to think of these symptoms as actual problems. Most often, these would be attributed to short-term stress or fatigue and not with adrenal gland problem or chronic stress.

​Without any way of tracking any irregularities with your hormone levels, you won’t be aware of any impending health problems. 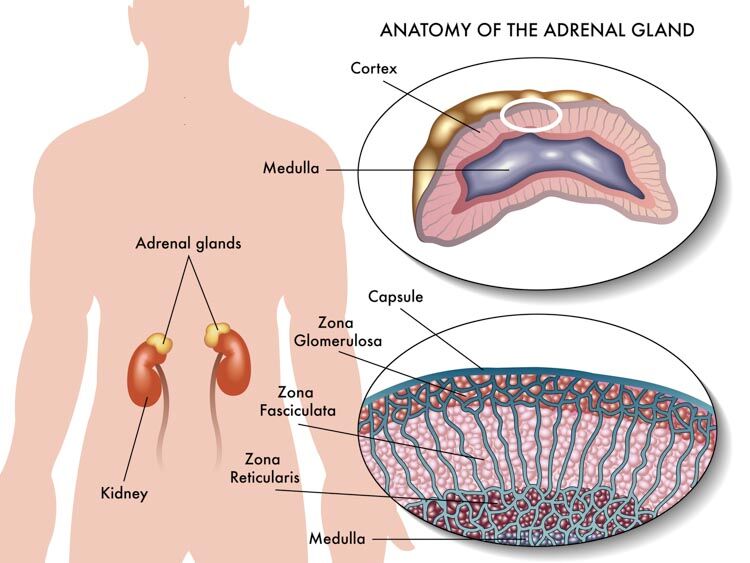 Like any hormone, cortisol must remain at a regular level so that it can do its job properly without overwhelming your system. For a person without Addison’s disease or Cushing’s disease, the normal free cortisol level would range from 11 to 18 micrograms per deciliter of blood.

Cortisol testing should be done around eight in the morning. This is due to it being at its peak at this time, and this amount is the best marker of your cortisol levels.

However, a blood test can be costly and inaccurate if only done once during the day. This is because blood (serum) cortisol levels fluctuate throughout the day due to physical activities (like cardiovascular and resistance exercise) and various substances like caffeine.

To get a full evaluation, it is recommended to check your cortisol measurement throughout the day. This starts with an 8am test followed by another test after every two hours—you may test salivary cortisol using home kits.

​Aside from checking blood and saliva cortisol, there’s also the option of getting readings for urine cortisol.

​What to Do With Abnormal Cortisol Levels

​If you have higher than normal cortisol levels, it may be due to a variety of habits. This would probably involve lack of good quality sleep, poor diet, poor stress management, and lack of exercise.

To regulate your cortisol levels, you can keep these efforts consistent. The recommended lifestyle changes for healthier cortisol and hormone levels would be:

​Lower cortisol levels may be due to a lack of precursors that the body can convert to cortisol. This can be fixed with proper nutrition and, if needed, supplementation.

​Alpha lipoic acid (ALA), CoQ10, and Vitamin B6 are the necessary nutrients for your body to keep optimal hormone production. Supplementation and eating foods rich in these nutrients would go a long way.

​There might be cases wherein your irregular cortisol levels might be due to a disease or disorder. It’s always best to have a check-up before self-medicating or implementing lifestyle changes.

​Knowing your cortisol levels is critical if you’re experiencing any of the symptoms mentioned. If you’re aiming to achieve optimal hormonal balance, it’s even more important as cortisol can affect your testosterone levels.

Saliva test kits are available and provide the option of having your cortisol tested throughout the day. We liked this one from ZRT Laboratories as it combines the accuracy of clinical saliva testing with the convenience of testing at home.

Given adrenal fatigue’s vague symptoms, there’s no way of you knowing if you’re suffering from it. It’s best to get a cortisol test to be sure, and to have an informed decision for the lifestyle changes you must do. 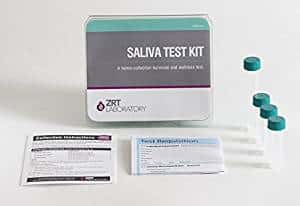 Purchase This Product on Amazon
Cortisol Test: The First Step to Ensuring Your Adrenal Health