Masculine men are easily distinguishable from what’s commonly referred to as beta males due to a few key factors. While standards may change with time, certain masculine men traits cannot ever be disregarded.

Men and women would agree that these qualities are what constitute a real man, regardless of circumstance—and it’s not about mere gender stereotypes (or even gender roles).

When people talk about masculinity and what it means to have distinctively male traits, a few things that typically come to mind are strength, consistency, and dependability. This article will list a few male characteristics that make a man stand out from his peers, attracting not only the opposite sex but also success and wealth.

Don’t worry if you currently aren’t everything on this list or if you’re exhibiting feminine signs—after all, personality traits are dynamic. You’ll notice a big improvement just by becoming self-aware of your strengths and weaknesses, but of course, true progress will never come overnight.

You have to be willing to put in the work. You also cannot just stop putting in the work once you think you’ve already imbibed each of these masculine traits—or to be more specific, alpha male traits.

It’s definitely a great thing if you’ve managed to come to a point where these things come so natural to you, but mistakes are bound to be made.

​The key here is to minimize mistakes, own up to them if you did any, and continually work on becoming the best version of yourself. If you hone the following attributes every day, you know that you can always feel ready for whatever life throws at you.

When asked what a masculine man looks like, people would usually think about specific body types and physiques.

A masculine man looks after his health and takes regular tests to ensure his virility. He tries his best to maintain his strength but makes sure he doesn’t overdo it.

However, it’s not all about what we can immediately see with our eyes. And it’s not merely about being the alpha male, PUA (pick up artist), or any other role that came from gender stereotyping.

It’s about knowing what you have been given physically, and knowing how to use it to your advantage as well as for helping others. It’s not as simple as separating the masculine and feminine.

You may think that movement is something that everyone just does because it is necessary, but a man who knows how to move is a different story.

​There’s a certain kind of decisiveness to a man’s behavior when he moves and acts with a purpose. 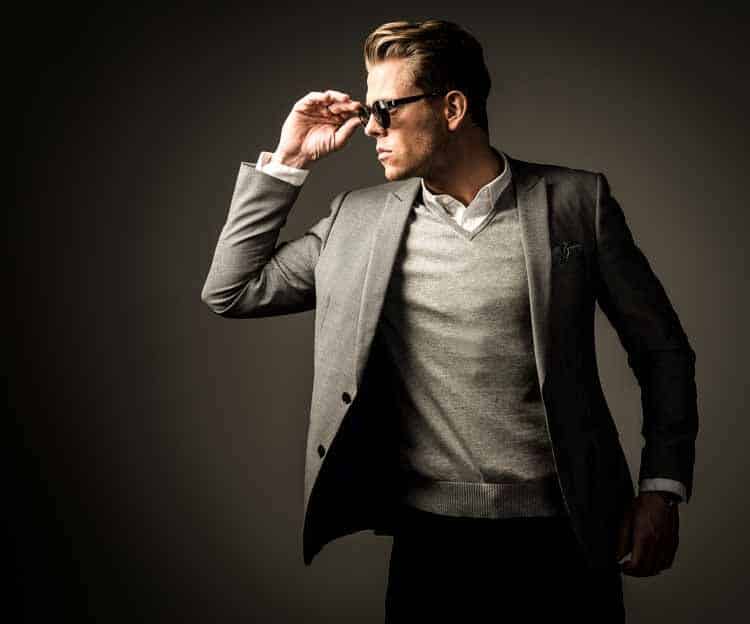 ​Confidence highly relates to #1 because strength and stature are big factors in boosting a man’s confidence. When he’s comfortable with himself and his body, his body language and overall demeanor follows, and this will consequently radiate confidence.

​A masculine man is a confident man.

He is assertive and self-reliant without being arrogant. You can see his confidence emanating in almost everything he does, whether he’s just standing there waiting in line, holding a presentation in front of an important client, or working on a DIY home project.

​When he can show others how sure he is of what he’s saying or what he’s doing, they will be able to pick up on these cues and see him as someone reliable.

​Intelligence isn’t limited to having a bachelor’s degree, a graduate degree, or a doctorate degree. It’s not all about having had extensive formal education, although it certainly helps to further develop a masculine man’s mind.

​This trait refers to the ability to engage in lifelong learning through books, lessons, the Internet, etc. Although it’s very important to believe in one’s abilities, it is equally important to continue improving on those abilities and learn more useful life tricks to become better-rounded.

​Learning new stuff may seem unnecessary (and sometimes trivial), but you never know when they may come in handy.

​A masculine man lets others talk and acknowledges what they’re saying. He never engages in unnecessary and unproductive male-male competition.

He takes in the words of who he’s talking to and responds with relevance, no matter who it might be. He also doesn’t try to own the conversation by making it about him.

Listening to others may seem intuitive but you’d be surprised how few are taking the time to really absorb what other people have to say.

​Giving your family, friends, clients, or someone important the time of the day in this manner and having a sensible thought to add is indeed a masculine trait—and yes, this definitely helps in keeping a long-term relationship.

​The endless quest for improvement is actually among the most notable masculine signs, despite not being an exclusively male behavior.

​You can say that a masculine man is sort of a jack-of-all-trades. He may be a master of only a few, but he is pretty much dependable on a lot of situations.

He isn’t scared to get dirty when the problem requires that kind of a solution. He’s capable of doing chores at home (regardless of anyone’s views on the sex-role theory) and knows how to find answers if he doesn’t already know them. 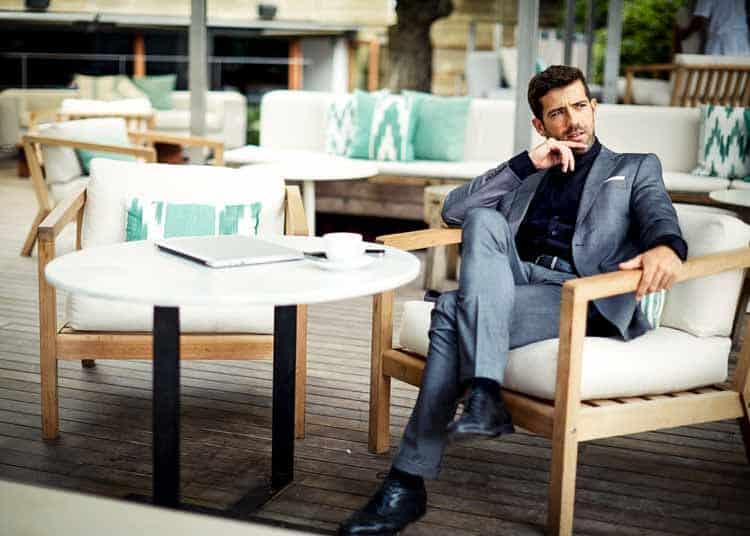 A masculine man is well-received and respected by his peers—male and female, masculine or feminine. He has earned this by respecting others as well.

A masculine man is well-received and respected by his peers—male and female, masculine or feminine.

They see him as someone authoritative and worthy of their trust. Of course, this respect and trust has been earned through hard work, loyalty, and honesty.

​He has also earned it by respecting others as well. His efforts and dedication to his passions are among the things that cemented his rightful place at the top of his peers’ circle, not mere hegemonic masculinity.

​Skilled, smart, and accomplished as he may be, a masculine man will treat others with kindness. Although some situations may require straightforwardness, he will be able to get his point across while still being thoughtful of other people’s feelings.

​He’s all about the truth and will cut to the chase without holding anything back. He has taken the time to learn the art of combined tactfulness and complete honesty.

​As you’ve probably realized, being a real man isn’t about knowing the difference between masculinity and femininity. It’s not about being as different from woman as possible and not exhibiting any feminine traits (even if it’s an alpha female or masculine women we’re referring to).

Right now, you may not be a textbook example of what a real man is. However, if you make each day a learning experience, it will be so much easier for you to pinpoint mistakes and ultimately avoid them in the future—your masculinity points will inevitably go up just with that.

​Perfection might be unattainable despite your heightened self-awareness and gender identity, but if you manage to turn yourself into an embodiment of masculine men traits, your flaws will greatly be overshadowed—and this will allow others to see you as nearly perfect.