With the popularity of CoQ10 and its vital function in the human body, it is no wonder that there are many people who want the best CoQ10 brand supplement.

Coenzymes are organic molecules that are essential for the functioning of an enzyme. They are not catalysts, but they can help the enzymes catalyze reactions. CoQ10 is a coenzyme and it plays a role in boosting mitochondrial function, which in turn is responsible for producing energy.

What Are the Benefits of CoQ10?

The cells need energy not just to allow you to carry out daily tasks but also to keep the entire body running – and that includes all organs.

If you lack in CoQ10, you risk increasing your chances of experiencing accelerated aging AND degenerative diseases.​

Millions of people buy CoQ10 supplements for heart health and general well-being. CoQ10 comes in two forms – Ubiquinone, which is the traditional CoQ10, and Ubiquinol, the “better form.”​

Ubiquinol has hydrogen molecules and two extra electrons. These features are important because they provide high absorption rate, making it easier for the nutrients to get absorbed by the cells. Keep in mind that the heart, the brain and different other key organs require immense amounts of cellular energy, and Ubiquinol, being the more efficient of the two forms, enables your body to have access to that energy.​ 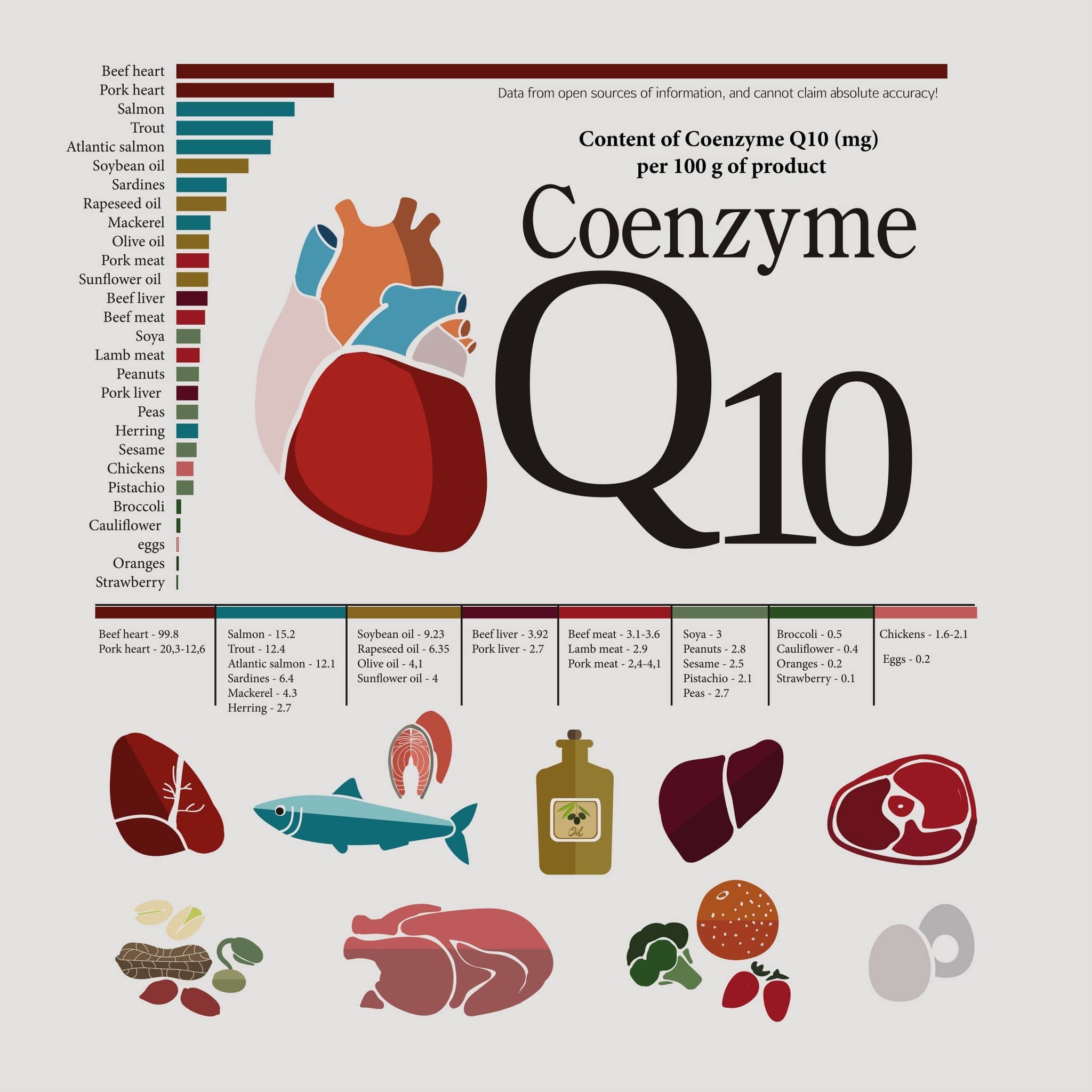 A Quick Look at The Best CoQ10 Brand Supplement

We can’t stress the importance of CoQ10 enough, and fortunately, there are plenty of options. Here are some of our choices in the best CoQ10 brand supplement that you may want to consider.

Life Extension is one of the most trusted brands in the CoQ10 supplement department. It’s known for a formulation that acts quickly and stays on the bloodstream for a longer period of time.

Qunol Ultra is known for having excellent absorption rate.

Raw Series from Transparent labs is known for a formulation that gives an energy boost.

This brand sources its ubiquinol from Kaneka, one of the major proponents of bioavailable ubiquinol.

This formulation is known for its 200mg CoQ10 content and is a great choice for those who want an energy boost.

This product has the ubiquinol form of CoQ10 which was earlier discussed. This form also stays in the bloodstream longer than other versions.

It contains shijalit, a substance found in the Himalayas that is known for its incredible mineral content. It can double the level of CoQ10 in our mitochondria. Plus, it stabilizes the CoQ10 while in its ubiquinol form.

The PQQ nutrient found in this product helps boost the generation of new mitochondria. There are three ways by which PQQ is able to promote youthful cellular function. 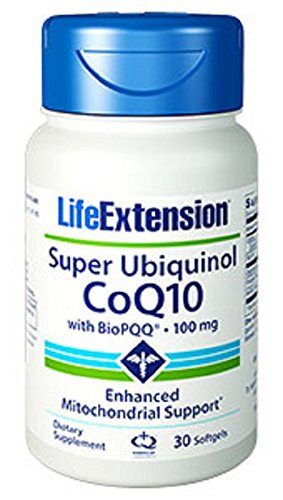 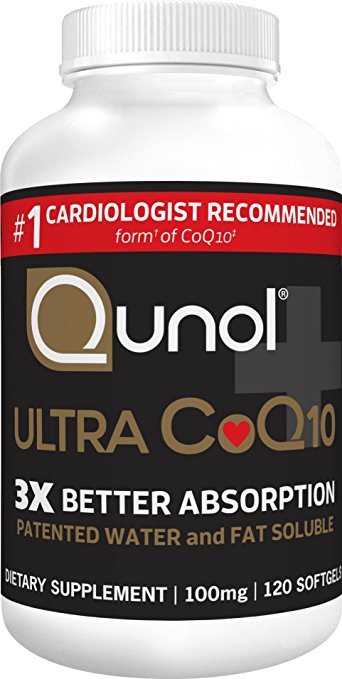 Qunol Ultra also promises to be beneficial to users of statin drug. The addition of CoQ10 supplement may help a lot in the rebuilding of your body’s CoQ10 levels.

The Transparent Labs brand has stellar reputation when it comes to the quality as well as purity of its products. You can even check the certificate of analysis for their manufacturing process. They make this available to the public. 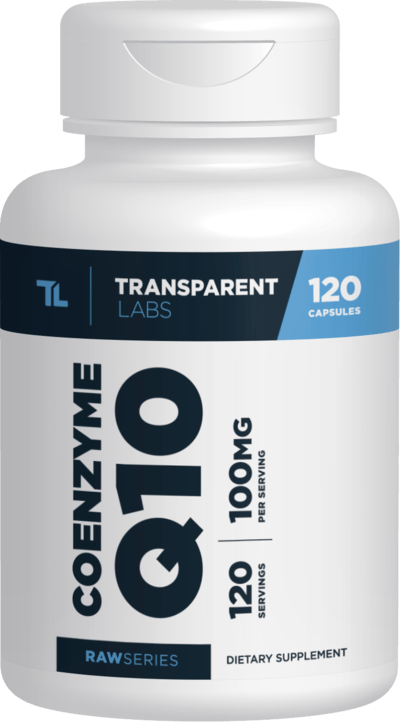 Purchase This Prod​​​​uct on Transparent Labs

This provides CoQ10 in its ubiquinol form, which is more efficient than ubiquinone. Nature Wise’s ubiquinol is 100% sourced from Kaneka, the top manufacturer of the substance. Kaneka claims to be the pioneer in developing bioavailable ubiquinol.

Nature Wise Ubiquinol is pure and straightforward CoQ10. Plus, it has reported high bio availability.

This is a good choice for those who want extra strength doses of CoQ10. Each serving has 200mg of CoQ10. That is double the standard dose. Its formula is meant to give an energy boost. Users also report lessened joint pains.

Another great thing about this product is that there are no fillers, binders or artificial ingredients in the product.

Coenzyme Q10 gives a needed boost to our mitochondrial health, which is in turn very important in the prevention of aging and disease at the cellular level.

Why Do You Need CoQ10 Supplements?

Coenzyme Q10 or CoQ10 is a substance that is created naturally by our body. In addition to that, there are other means to consume it – through food or through natural supplements.

But as our body ages, our internal production of this substance also declines. This results in an energy crisis at a cellular level. Therefore, when the body experiences a deficit in the production of CoQ10, accelerated aging becomes one of the results. That’s when CoQ10 supplements can come in handy.

In addition to boosting mitochondrial function, CoQ10 has other functions in our body:

Improvements to the CoQ10

During the past decades, scientists have been working hard to find ways to make CoQ10 work more efficiently in our body.

Then in 2006, a major step forward was achieved when the ubiquinol form of this substance was introduced by Life Extension.

There are studies showing that ubiquinol has better body absorption. Compared to the version before it, it can be absorbed in a superior way into our bloodstream.

Studies conducted by some researchers also found that shijalit, a nutrient-rich biomass, has the power to boost the efficiency of CoQ10.

Shijalit is found in the Himalayas. It is valued for its capacity to carry both energy and nutrition into our body.

When the two substances (CoQ10 and shijalit) are combined, scientists have found evidence that there is improved function in the mitochondria. The latter can convert food into energy more efficiently. Plus, there is a boost in the energy made available to the tissues.

How Much CoQ10 Should You Take?

There is no established ideal or official amount of CoQ100 that should be taken daily at the moment. This will be highly dependent on individual need and body assessment, which is also hinged on your age.

Various studies have used doses that range from 50 milligrams to 1,200 milligrams. There are times that they also split this amount into a couple of doses for a day. But typically, the daily dose is around 100 to 200 milligrams for adults.

Another important factor to consider here is that various brands can have different ingredients and strengths. This is important in the determination of the dose you will be taking.

So to be on the safe side, aside from looking at the instructions in the bottle, seek the help of your dietitian or doctor. After all, they know your medical history. They also have a better understanding of how the body works which they will incorporate into the analysis of the possible reaction of your body to taking the supplements.

You may also have some underlying or preexisting condition that might be affected by the intake of CoQ10 supplement. At the same time, your doctor will know the best doses that will work for you.

Not all CoQ10 supplements are the same. There are differences in the formulas and ingredients that determine the potency and efficiency of the product.

Hence, you must be wise in taking your pick. Look at the formulas and do your research accordingly.

Considering ingredients, formulas, and effectiveness, we believe that the best CoQ10 brand supplemention on the market is Life Extension Super Ubiquinol. It includes extra support for the mitochondria in the form of BioPPQ and Shijalit.

A close second is the Qunol Ultra because of its bioavailability.

You should also bear in mind that although there are some evidences that attest to the great benefits of CoQ10 supplements, it is always a safe and wise decision to consult your doctor first before taking them.

The body may react to certain substances in different ways. So to be on the safe side, always check with your physician.