​Hormones are amazing substances. They control your cells, organs and ultimately your brain and body function. Normally, hormones go about their business “under the radar” and your body operates as it should. However, sometimes, hormone levels become unbalanced and that can lead to problems, for example elevated prolactin levels.

Most hormones have equal-but-opposite counterparts. When the levels of one hormone increases, it’s opposite decreases. This is where the trouble starts.

Hormone imbalances can knock you out of homeostasis – the medical term for a body in  balance. For example, if estrogen levels increase, testosterone levels decrease and any man who cares about his health, vitality, and libido knows that lowered testosterone is nothing but bad news.

prolactin definition, also known as PRL hormone, is a hormone produced in the pituitary gland and is so-named because it has a role in mammalian lactation. Prolactin levels in women is vital so they can produce breast milk, high prolactin in men can contribute to lowered testosterone. Also, if you suffer from hyperprolactinaemia, the scientific term for elevated prolactin levels, you have an increased risk of developing gynecomastia – better known as man boobs. 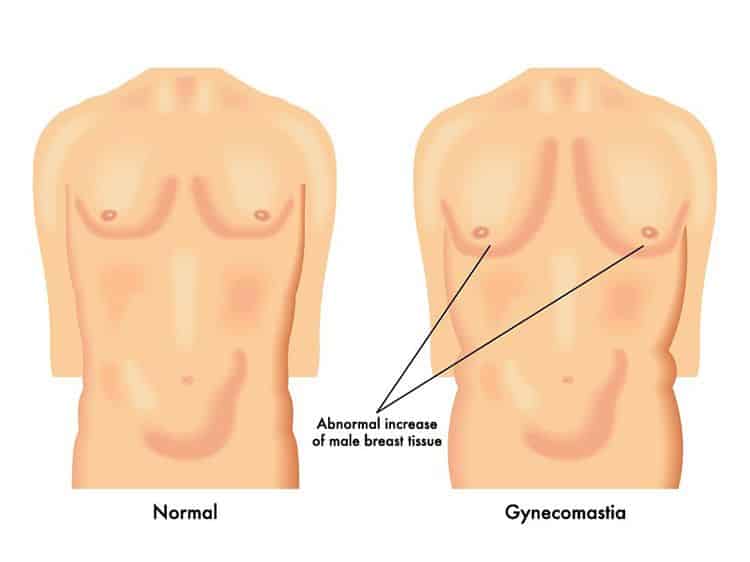 If you have excess and hard-to-shift fat around your chest, painful nipples, difficulty losing weight, experience loss of libido or erectile dysfunction, or are suffering from any other condition commonly associated with decreased testosterone, you are experiencing the symptoms of elevated prolactin. You could submit to a prolactin test to verify that you have high prolactin levels but this is not always necessary when the symptoms are obvious. Nipples and libido issues are common signs.

Elevated prolactin level can also be caused by a prolactinoma which is a type of tumor in the pituitary gland. This is usually diagnosed by MRI and while rare, is something to consider if you continue to suffer high prolactinoma symptoms after putting the advice of this article into practice. Consult your doctor if you have any concerns.

How to Lower Prolactin Levels

Lowering your prolactin hormone levels will result in elevated testosterone levels and if you want to feel more manly, virile, and energetic, this is a must. You don’t even need to know if your prolactin levels are actually elevated – it’s better not to take the risk!

In addition, many of the things you can do to lower prolactin levels are linked to improved health and elevated testosterone levels so it’s less of a question why do it, but why not?

Ashwagandha is an Indian medicinal herb known for its ability to fight stress. Known as an adaptogen, ashwagandha can help elevate testosterone and research also reveals that it can significantly lower your prolactin levels. You can read more about Ashwagandha in our article covering it in detail here.

With so many ashwagandha supplements available, it can be hard to know which ones to choose but we recommend Banyan Botanicals Ashwagandha Powder because of its purity and value for money. 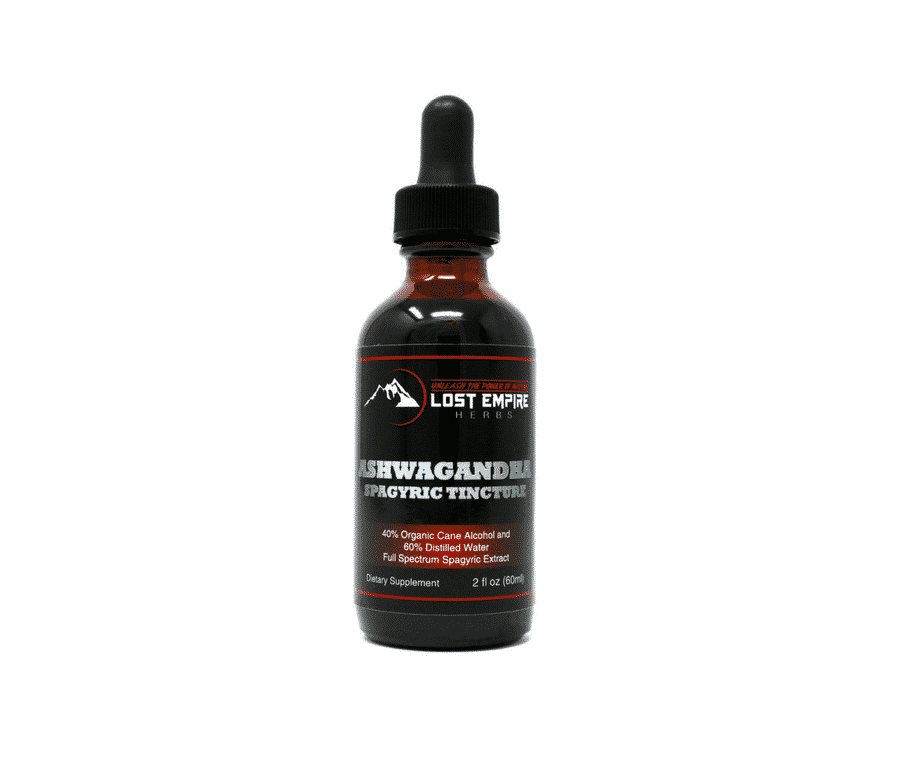 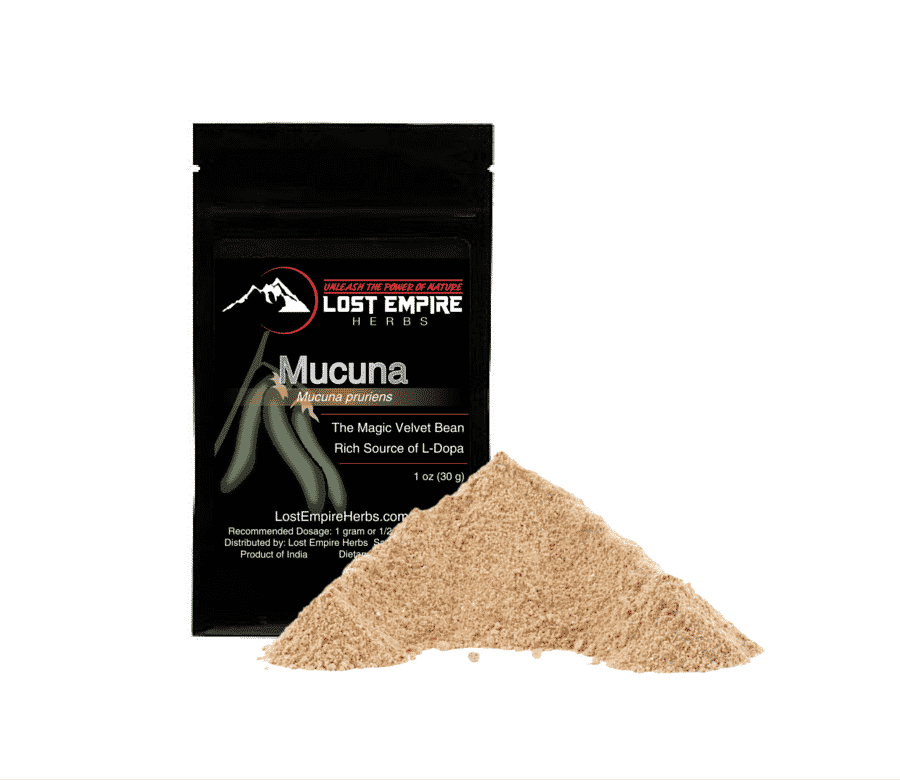 Kapikacchu powder is a tropical legume also known as Mucuna Pruriens. From the Himalayas, it has been used since ancient times in Ayurvedic medicine, most commonly as a Parkinson's disease treatment and for overall brain health. However, it is also a known treatment for lowering prolactin levels because of its high content of a substance called L-dopa which naturally increase dopamine levels.

Dopamine is produced naturally, when you sleep and after sex for example, but levels can also be elevated through the use of supplements such as Dopa Mucuna. We  have made an u﻿ltimate guide to dopamine supplements to cover this area in detail.

Vitamin E has been shown to lower prolactin levels by an astounding 69%. Vitamin E is present in a wide range of foods including:

Vitamin E is also available in supplement form and while no supplement can match real food, this one comes very close and is highly recommended.

St. John’s Wort is a herb that has long been used as a natural anti-depressant and treatment for stress. Available in supplement form, some studies suggest that St. John’s Wort may lower prolactin levels.

However, do not take Mucuna Pruriens (Kapikacchu, L-dopa) together with St John Wort as these two substances interact badly.

Get More Vitamin B6

Vitamin B6 (also known as pyridoxine) has been shown to significantly lower prolactin levels. The richest sources of vitamin B6 include fish, beef liver and other organ meats, potatoes and other starchy vegetables and fruit (other than citrus). If you don’t eat a lot of these foods, a B6 supplement will help.

Seafood such as oysters as well as red meat and poultry are all high in zinc. Zinc is great for your immune system and also essential for testosterone and sperm production. Studies reveal that zinc is a powerful effect on lowering prolactin levels.

While you can take a zinc supplement, getting your zinc from “real food” is generally a better and more enjoyable choice.

Get Plenty of Sleep

Sleep is essential for virtually every process in your body including the normalization of hormone levels. Ideally, you should be getting 6-9 hours of sleep per night.

Lack of sleep has been shown to increase prolactin levels so make sure you go to bed early enough to get a decent night’s sleep every night. While you are there, try and have sex too as this will increase dopamine levels, elevate testosterone levels, lower prolactin levels further, and help you sleep!

Lower prolactin levels will elevate testosterone levels naturally and without having to resort to testosterone-raising drugs such as Clomid and HCG, which often have unwanted side effects.

Elevated Prolactin Levels: How to Avoid Them and Get Rid of Gynecomastia