​You might not have heard of Chaga mushrooms but, once you learn just how amazing Chaga mushroom benefits can be, you’ll probably want to start using this powerful source of essential nutrients.

Mushrooms grow in an astounding number of varieties. Some are edible, some are poisonous, and some are even hallucinogenic – what are often called magic mushrooms.

What is a Chaga Supplement?

Chaga mushrooms, often just called Chaga, grow on the bark of trees – mostly birches. They don’t look like the typical mushrooms you might buy in the grocery store, they’re actually black and kinda ugly, but they are part of the same fungal family.

Chaga has reportedly been used in medicine since the 16th Century. Russian texts report that Chaga mushroom tea was used to treat problems such as intestinal worms, stomach disorders, cancer, and other health issues.

It was probably used prior to this but corroborating written documentation is scare. It is, however, safe to say that Chaga has a long and successful history.

Chaga mushrooms contain a huge number of proven healthful substances. Many of these substances were discovered because of chaga extract usage.

Studied intensely (who knew there was such a thing as “mushroom science”!?) since the mid-1950s, Chaga has been revealed to contain abundant amounts of:

So how do these substances benefit you? What are the benefits of Chaga supplements and drinking Chaga mushroom tea including chaga tea side effects? Let’s take a look…

Protection from the Ravages of Stress

Stress is a necessary part of modern life but too much can damage your health. Stress increase the production of the hormone cortisol which, in excess, can lead to muscle breakdown, high blood pressure, inflammation and a host of other very unwanted health issues. Stress also drives down testosterone.

Chaga is an adaptogen and help counteract the effects of excess stress. In a world where stress can be unrelenting, switching your daily coffee to a cup of warm Chaga tea could help make the difference between dealing with stress well or becoming another sufferer of stress-related disease.

Oxygen might be essential for life but it’s also the cause of aging and many diseases. A small percentage of the oxygen you breathe “turns bad” and is converted into a substance called ROS, short for Reactive Oxygen Species. These ROS cause damage to your cells, and even your DNA, in what is often known as oxidative stress.

Superoxide dismutase is an anti-oxidant enzyme which fights oxidative stress and helps protect you from and undo the damage of ROS. Your body produces limited amounts of Superoxide Dismutase but Chaga mushroom tea and extract both contain substantial amounts of this vital substance.

Research suggests that kicking out the ROS can lead to many benefits from fewer wrinkles, less age-related macular degeneration, reduced risk of cancer, reduced risk of coronary heart disease and generally a longer, healthier life.

Sleep is an essential part of a healthy lifestyle – it’s when your body powers down and does it's daily repairs. However, many suffer from poor quality or too little sleep and, as a result, start each and every day feeling tired, mentally fuzzy, and generally not functioning as well as they should.

One of the many Chaga tea benefits is that it enhances sleep naturally – unlike many medications that are harsh and also potentially addictive.

The mechanisms through which chaga mushroom benefits sleep are unclear but its ability to help you deal with stress is certainly noteworthy and it is also said to promote relaxation – both important factors for sleeping restfully. And remember, getting a good nights’ sleep can help elevate testosterone levels too. 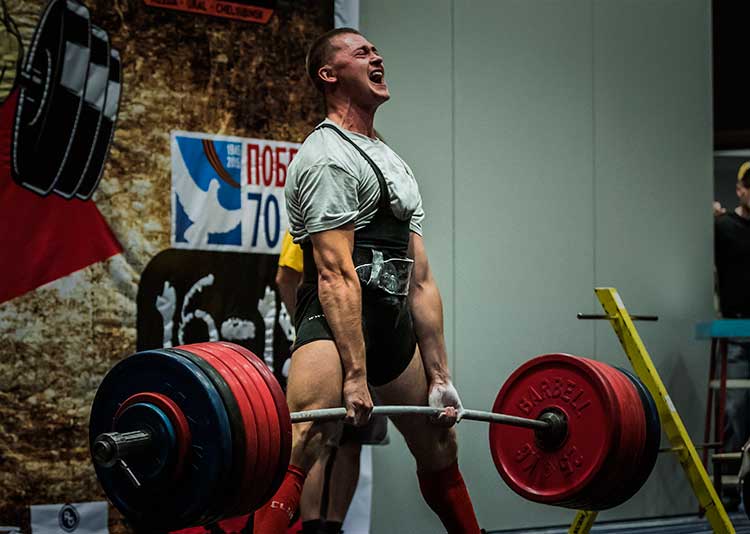 Chaga use is very prevalent in Russia and, for many years, Russia was a sporting superpower – especially in the strength sports such as Olympic weightlifting and powerlifting. Chaga was Russia’s “secret weapon” right up until the 1990s until powerlifting doctor Fred Hatfield got his super-strong hands on some.

Soon after discovering the power of Chaga for himself, Hatfield went on to break the world record in the squat by lifting a staggering 1014lb/461 kg at the comparatively advanced age of 45 and weighing only 220 lb.

Chaga contains plant sterols which are a form of testosterone. Combined with its ability to reduce stress, enhance recovery, and promote sleep, chaga is an excellent choice for hard-training athletes looking to boost their performance naturally.

Having been studied so extensively, Chaga should be considered safe in most instances. However, as with all supplements, exercise care and common sense when using chaga;

Thankfully, there are some superb Chaga supplements and sources available that make using this marvelous mushroom much easier. Our favorites include these coffee and tea substitues along with a liquid extract and raw chaga chunks: 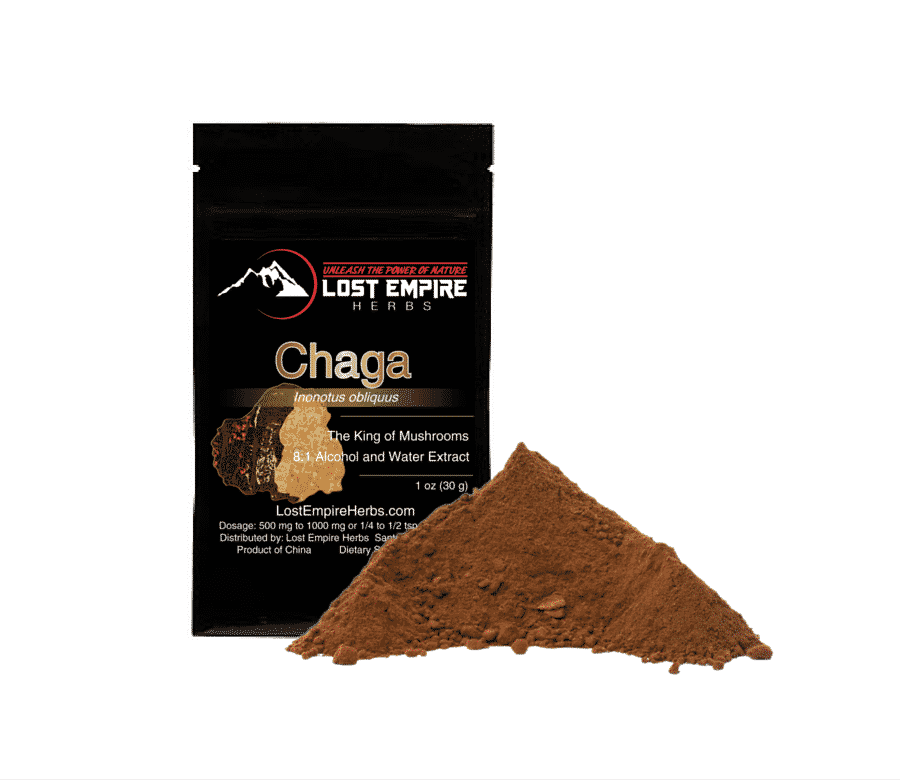 Learn more about the power of chaga in this book by renowned author and nutritionist David Wolfe. In his book, aptly titled “Chaga”, Wolfe presents the many virtues of medicinal mushrooms, which boost immunity, stave off allergies and asthma, help fight against cancer, and generally improve core vitality. But the star of the book is Chaga—"King of the Medicinal Mushrooms"—which holds the greatest storehouse of medicinal properties of any mushroom species.