The use of saw palmetto hair loss remedies has been the norm in the field of natural hair loss treatments for a long time. While saw palmetto is primarily used to treat an enlarged prostate, it has traditionally also been used to treat various other health conditions. According to several research studies, there seems to be a valid claim for its effectiveness.

What Is Saw Palmetto?

Saw palmetto is a small berry-producing plant that is cultivated in the southeastern region of the United States.

Saw palmetto extract works by blocking the conversion of testosterone to its stronger metabolite dihydrotestosterone (DHT).

DHT is a hormone often blamed for prostate enlargement (BPH). It is also regarded as the substance that destroys hair follicles, thus causing male pattern baldness. While the jury is still out on the exact causes of these conditions, we think the research points more towards estrogen being responsible, and DHT plays only a small part in those issues.

Saw palmetto is more than just a hair loss supplement, especially for men. Aside from preventing androgenetic alopecia, it can also be an effective treatment for  an enlarged prostate (BPH). 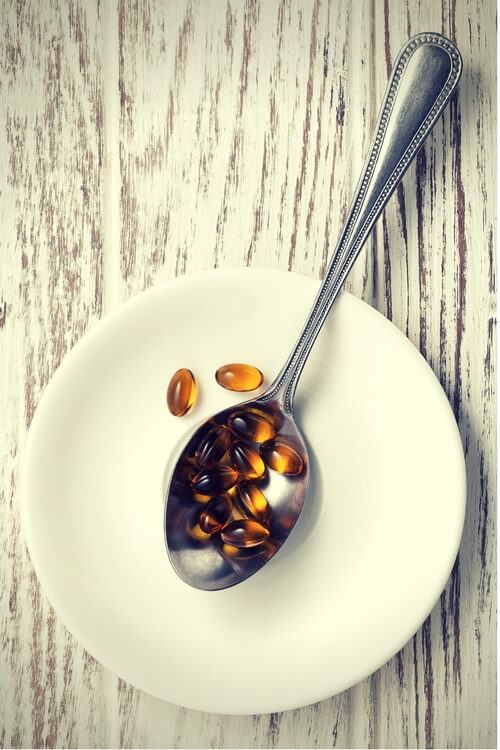 Saw palmetto has been used as an all-natural treatment for hair loss and other symptoms of the aging male for decades now. Native Americans have benefited from the traditional uses of this herb for even longer.

For the Treatment of Enlarged Prostate

For years now, saw palmetto have been successfully used to treat enlarged prostate, aka benign prostatic hypertrophy (BHP). Saw palmetto might have an effect on the production of DHT in the body as it reduces the production of the enzyme needed for the growth of prostate cells.

There is strong scientific evidence backing this claim. The U.S. Food and Drug Administration (FDA) often recommend Saw Palmetto as an alternative treatment for prostate enlargement and inflammation.​

Studies have also shown that while saw palmetto have not clearly demonstrate that it reduces the size of the prostate, it effectively reduces the inflammation of the lining of the prostate and removes the pressure along the urinary tract. That is why it was first used as a traditional remedy for those who are experiencing problems urinating.

Numerous studies have suggested that saw palmetto can also treat other urination problems such as frequent urination, or if you are having trouble with maintaining or even starting urination. This is because the urethra travels along the prostate gland and when this gland is enlarged, it may cause these problems.​

Saw palmetto extracts have also been known to treat impotence. While there is not enough evidence supporting this claim, there are research﻿﻿ers that have been able to show the relationship between saw palmetto and improved virility in men.

Based on some studies, saw palmetto also serves as an aphrodisiac. It may increase libido and sex drive in both men and women. However, saw palmetto primarily affects the hormonal balance of men with a higher degree of effectiveness.

Saw palmetto is not a very popular treatment for the immune system. However, it has traditionally been used for this purpose for a very long time.

The herb has been used to treat coughs, colds, and sore throats. People suffering from a headache or migraines have also seen improvements after taking a saw palmetto supplement.

Saw palmetto is also used as an anti-inflammatory since it can ease pain and discomfort in the whole body. This works in the same way as to how it reduces the inflammation of the lining of the prostate gland.​

Several studies are proving the effectiveness of saw palmetto for hair loss. Saw palmetto works by inhibiting the transformation of the hormone testosterone into the metabolite DHT.

Accumulation of DHT can block hair follicles and eventually kill them off. This is one of the leading causes of androgenetic alopecia.​ 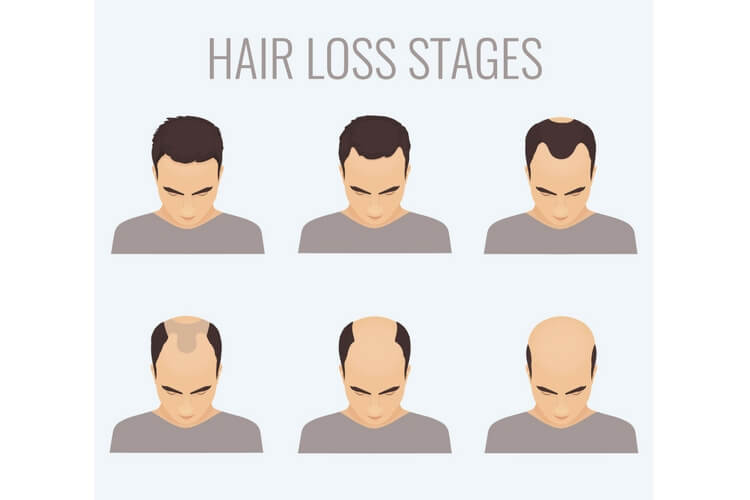 There are two potential ways in which saw palmetto reacts with DHT. It may prevent the formation of DHT in the first place or restrict the effects of DHT in the body, resulting in improvements in hair loss.

Since saw palmetto is an all-natural herbal supplement, side effects are uncommon and mild. Here are some of the most common adverse effects of taking saw palmetto, especially in excess amounts:

Like most medications, saw palmetto might induce the above symptoms in sensitive individuals when taken on an empty stomach. However, these potential side effects can be eliminated or reduced by taking it just after a meal.

Saw Palmetto may reduce the Prostate Specific Antigen (PSA) level by as much as 50% after taking it for 6 to 12 months. This is a common effect of any DHT, 5-alpha reductase inhibitors.

When this happens, there is a risk of missing the potential early signs of prostate cancer on blood tests. That is why it is important to let your doctor know that you are taking this supplement prior to your PSA blood test.​

Since saw palmetto is a DHT inhibitor, inhibiting the hormone DHT can come with potential side effects for certain individuals more susceptible to fluctuations in DHT levels.

Not Advisable for Pregnant Women, Those Planning to Get Pregnant, or for Breastfeeding Mothers

Saw palmetto have not received the clear for any potential adverse effects in pregnant women and breastfeeding mothers. Until there is hard evidence on its safety for the mother and the baby, it is better to steer clear from this treatment.

Finasteride is a drug often used to treat BHP and has also proved to be effective in reversing hair loss.

Just like saw palmetto, finasteride works by inhibiting the 5-alpha reductase enzyme (DHT). However, some of its users develop a serious condition now known as post finasteride syndrome.​

This condition results in long-term or permanent side effects such as sexual dysfunction and depression, even after you stop using the drug. We do not recommend the use of finasteride to anyone as it is not worth the risk and can severely affect your manhood, something you should be valuing more than your hair.

As a safe alternative, you can use a dietary supplement such as saw palmetto which is a natural and safe DHT inhibitor.​

Saw palmetto is abundant in the southeastern region of the United States and is a staple food for Native Americans. For decades, saw palmetto was also used for all its medicinal properties.

Today, it is easy to get a hold of saw palmetto. There are plenty of options to choose from, both in topical form as well as oral supplements.

If you already have low DHT, don't want to lower it more or are sensitive to fluctuations, you can still use a topical form of Saw Palmetto to treat your hair loss without side effects on your DHT

Here are some of our favorite saw palmetto products available on the market:

This dietary supplement is aimed at promoting a healthy prostate and fighting hair loss. By taking one capsule a day, you will notice a reduction in your bathroom trips and your receding hairline.

As opposed to many other saw palmetto supplements, this brand seems to have one of the highest concentrations of saw palmetto. 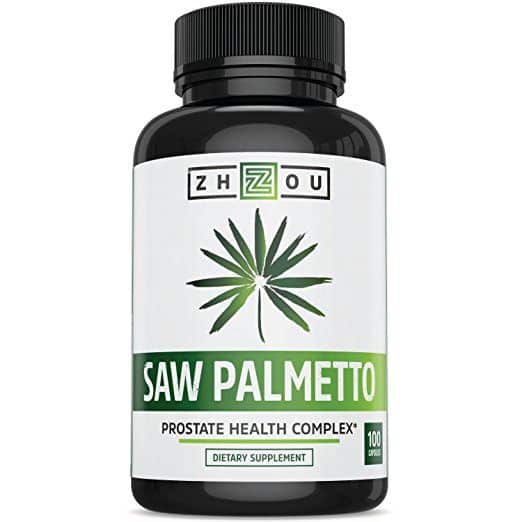 It combines the pure plant powder with a plant extract to ensure that you get all the benefits of taking the herb in all its forms.

There are several claims that this product works in just a week's time. Many men were relieved of their multiple bathroom trips in the evening and were able to finally get a good night's sleep.

Some customers complain that they experience stomach pain after taking the product. You need to remember to take this supplement after a meal to eliminate this potential side effect.​ 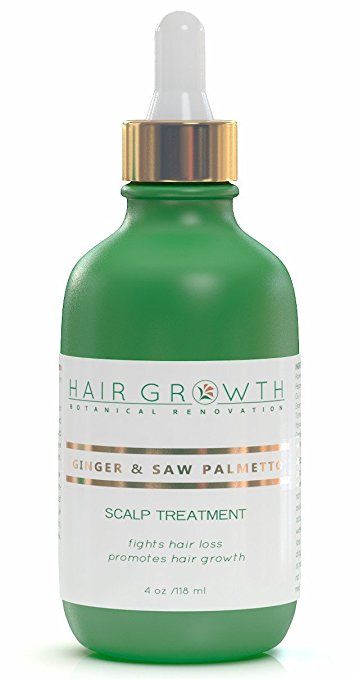 This topical scalp treatment also contains ginger that promotes blood circulation and increase cell division in the hair follicle which can promote growth. It contains saw palmetto as its source of anti-DHT effects to fight androgenetic alopecia.

Ginger is also an effective antibacterial and analgesic treatment for oily scalps. It is rich in fatty acids that are recommended for thinning hair and dry scalps.

The scalp treatment leaves a excellent smell even after you washed your hair.

Some users say that this scalp treatment made their hair feel oily upon application. The good news is that this is used before shampooing your hair, so you just need to wash it more thoroughly and it won't weigh your hair down or leave it oily.

If you're just noticing the early signs of thinning in your hair, we recommend you also combine it with a  minoxidil product for best results. ​

The combination of capsaicin and saw palmetto will increase the potency of this shampoos hair stimulating properties. This shampoo blocks the effects of DHT in the scalp, thus aids in fighting androgenetic alopecia. 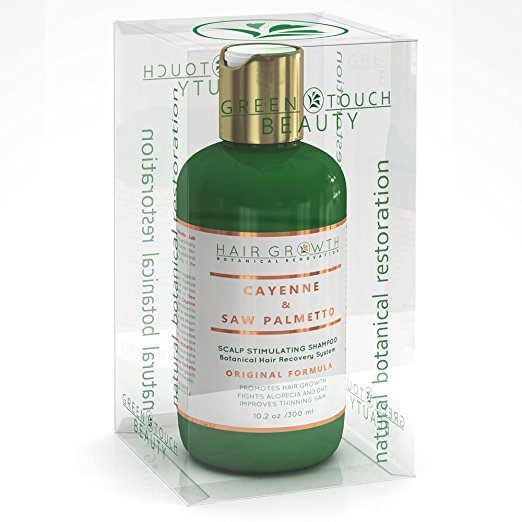 It can stimulate dormant hair follicles by improving the overall health of your scalp, reducing dandruff and scalp flaking. Hair growth usually takes at least 8 to 12 weeks to commence when using this product.

It leaves a pleasant smell because of the flower extracts and essential oils that this product contains.

If you want more options, we recommend you also check out our article on hair thickening shampoos for men.​

Saw palmetto works by blocking DHT in the body and thereby reduce hair loss. But it is important to note that DHT is not all bad; it is a vital hormone needed for sexual function and wellbeing in men.

Considering this, you should get your blood tested to accurately see your baseline levels of DHT before commencing any treatments. If you already have low DHT levels but still would like to reduce your hair loss, you may opt for a topical solution as opposed to oral saw palmetto  supplements that may have a systemic effect on DHT.

While there may only be a few recorded studies of the efficacy of saw palmetto for hair loss, there is no harm in trying it. Be it in the form of supplements or a s﻿﻿hamp﻿﻿oo that prevents hair thinning, it does not matter. Saw palmetto has a long history of safe traditional use and many users have seen improvements in the condition of their hair.